THE SECRET SCOUT: Hull defender Jacob Greaves is calm in possession and boasts impressive levels of anticipation… but the 20-year-old needs to work on his right foot

Our scout is a top football expert who attends matches each week searching for the next star.

This week, Hull centre back Jacob Greaves is under the spotlight…

Calm in possession but knows when to give the ball a good whack — those were the qualities that I saw in this young defender.

Having experienced a loan spell at Cheltenham, he now looks ready for a consistent run in League One. 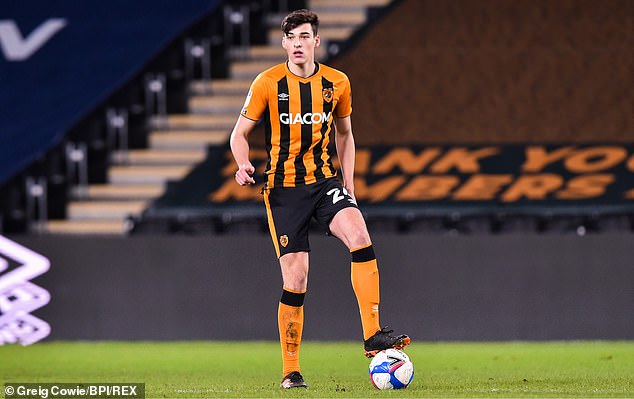 Greaves is tall, and has a capable left foot. When I watched him, he played on the left of a strong partner who looked to attack the ball.

When his colleague did this, Greaves would make sure he was covering the space behind, always sensing danger and following the first law of defending: expect a mistake.

He coped in the air more than adequately — as he should at 6ft 1in — challenging fairly and battling strongly.

When he had time and space, he was comfortable picking out an aerial pass with an accurate swipe of his left foot.

When a longer clearance was necessary, he hit the left channel of the attacking third equally well. With his front man anticipating his clearances, it proved the perfect ‘get out’ ball.

He looked composed and tackled firmly while staying on his feet when required.

But it was his anticipation that impressed me. Reading the game from deep, he managed to nick the ball on a couple of occasions.

I liked that he was not tempted to play big cross-field balls to the opposite flank. They can be intercepted. 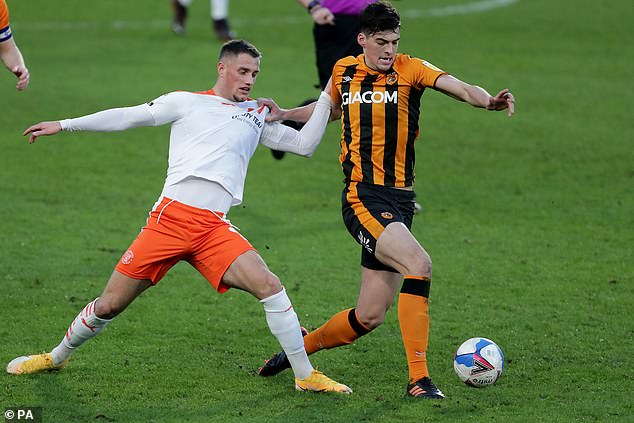 WHAT DOES HE NEED?

I never saw him use his right foot, so that is perhaps something to work on.

It was difficult to judge his pace as his team were forced to defend deep for most of the game. I did not see him in a clear foot race.

This was my first view of Greaves and I feel I need to assess him more closely with another look. But there is certainly promise there.