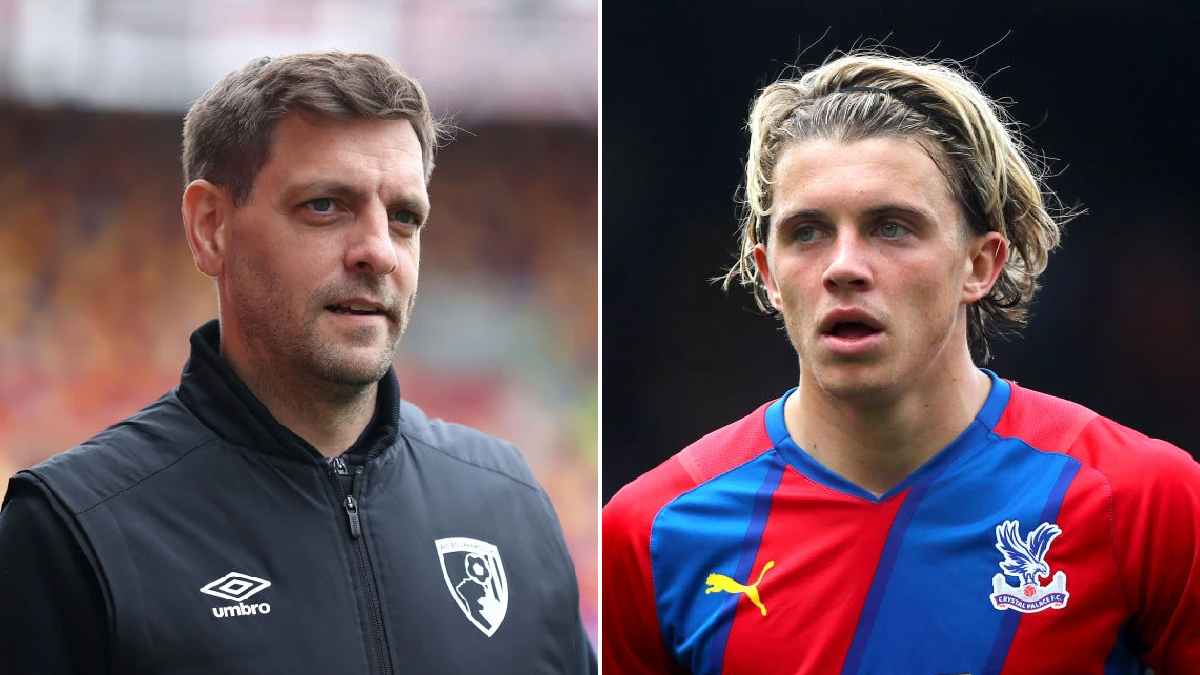 Jonathan Woodgate has dubbed Chelsea loan starlet Conor Gallagher the ‘signing of the season’ while he is backing Thomas Tuchel’s side to win the Premier League title.

The Blues are currently top of the table with a three-point cushion after winning eight of their 11 league matches so far this season, scoring 27 goals – the second most in the division – and conceding just four times.

But one of their more impressive players this season has not even been at the club, with academy product Gallagher making a huge impression on loan at Crystal Palace.

The 21-year-old already has four goals and two assists this season, adding end product to his usual tenacity and work rate since moving into a more advanced role, and he even earned a call-up to the England senior team, making his debut on Monday night against San Marino.

Former Leeds and Tottenham defender Woodgate has been very impressed with Gallagher and feels he could eventually be part of Chelsea’s first team.

‘The signing of the season so far, for me, has been Conor Gallagher to Crystal Palace from Chelsea,’ said Woodgate, who was speaking exclusively to Ladbrokes at its launch of the 5-A-Side Bet on Tottenham v Leeds.

‘He’s in my dream team as well, actually. I love the way he plays. I watched a lot of him at Charlton under Lee Bowyer, he’s got so much energy, he scores and creates goals. He’s a top player.

‘Patrick Vieira’s style of play really suits Gallagher; he’s come in and changed everything tactically, and it’s paid off for him – not least because of the impact Gallagher has had in that team since coming in.’

Such is Chelsea’s strength in depth they have been able to let Gallagher gain valuable experience on loan this season and Woodgate believes Tuchel’s large, quality-packed squad is the reason they will win the title.

‘I really fancy Chelsea to win the Premier League this year, just because they barely concede. Once they get Romelu Lukaku firing on all cylinders, I reckon they’re going to be a monster team,’ he continued.

‘I just love the way those full-backs bomb forward; Reece James and Ben Chilwell are just so suited to this style of play Thomas Tuchel has implemented. The shape suits the team, and their two central midfielders really dictate the play. I like their intensity, too, as a unit.

‘Look at the depth of the squad as well; it’s absolutely gigantic. If James doesn’t play, Cesar Azpilicueta comes in. If Chilwell isn’t starting, Marcos Alonso is. They’ve got Trevor Chalobah coming through, Thiago Silva, Antonio Rudiger, Andreas Christensen. They’ve got so much depth within their squad, it’s frightening. Even Ruben Loftus-Cheek is playing unbelievably from a deeper position. For me, they’re going to be really tough to beat to the title this season.’