The former Athletic Bilbao teammates are the pick of a fresh flood of Iberian imports who have moved to the A-League this season – all of them seeking lifestyle changes and an escape from the various lockdowns and restrictions in place across Europe. 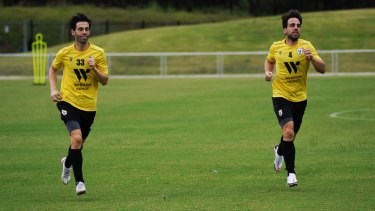 Former Athletic Bilbao teammates Beñat Etxebarria and Markel Susaeta are back in the same colours again – at Macarthur FC.

Beñat and Susaeta, who have a combined 600 games of La Liga experience between them, finished their quarantine this week and have begun training with the Bulls ahead of the A-League season opener on December 27 against Western Sydney Wanderers.

Susaeta is a known quantity to some degree, having scored two goals in 10 games for Melbourne City last season before opting to stay in Spain with his family once the pandemic hit instead of returning to see out the final matches of the 2019-20 campaign.

But the Bulls believe they have signed a player with the potential to take the A-League by storm in Beñat, a cultured midfielder likened to Xabi Alonso who was once a target of Liverpool, Arsenal and both Manchester clubs.

Their recruitment flies in the face widespread assumptions that it would be difficult for teams to attract high-quality foreigners because of the A-League's reduced salary cap. 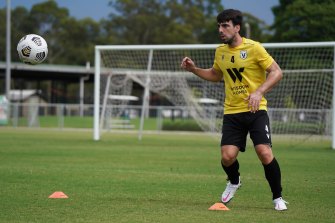 "I won't lie, I'm excited by Beñat, like a lot of other people. I don't think people realise his pedigree and what sort of player's come to Australia," said Sam Krslovic, Macarthur's sporting and operations director.

"This scaremongering that was going on, that we're not going to get players or lose talent – it's actually been the reverse, we've got better quality talent. The quality of the foreigner in the A-League this season, overall, is by far and away the best it's been in a long time.

"I've got a lot of friends in Europe – Italy, Spain, Portugal. They're in a lot of hurt over there, it's a bad situation. The economy's taken hits, players aren't getting paid, these players can't move freely, they live virtually under house arrest.

"So they're coming to Australia for lifestyle and basically, freedom – for their kids, for themselves, their families. And that's what we need, for those players to teach the young boys, to show them the way."

Susaeta, 33, initially had to convince Beñat of the merits of the A-League, given he had never played outside of Spain before, but said it helped that Australia was the "perfect place" to ride out COVID-19.

"At first, maybe he was a little scared. It's a new experience for him, but we continued talking, and finally we are here," Susaeta said.

"Beñat is a very good midfielder, a very good technician. For ball possession, he is the perfect man. The people will see, in the next matches.

"We are very happy to have freedom and very excited to start the season with this new club. I was happy in Melbourne, the plan was to stay here, but the pandemic didn't improve.

"I was so sad, but my family and I, we wanted to come back because it is the perfect place for this moment."

Beñat, 33, said he was after a "new experience" for himself and his family, and that the presence of Susaeta – who he played alongside for seven seasons in La Liga – sweetened the deal.

"I saw a few games from last season," he said through Susaeta, his makeshift translator. "I think the A-League will be competitive, and beautiful."

Is Everton vs Manchester United on TV tonight? Kick-off time, channel and how to watch Carabao Cup fixture