Home » Soccer » 'They are machines!' – Gabriel Jesus blown away by two Arsenal team-mates 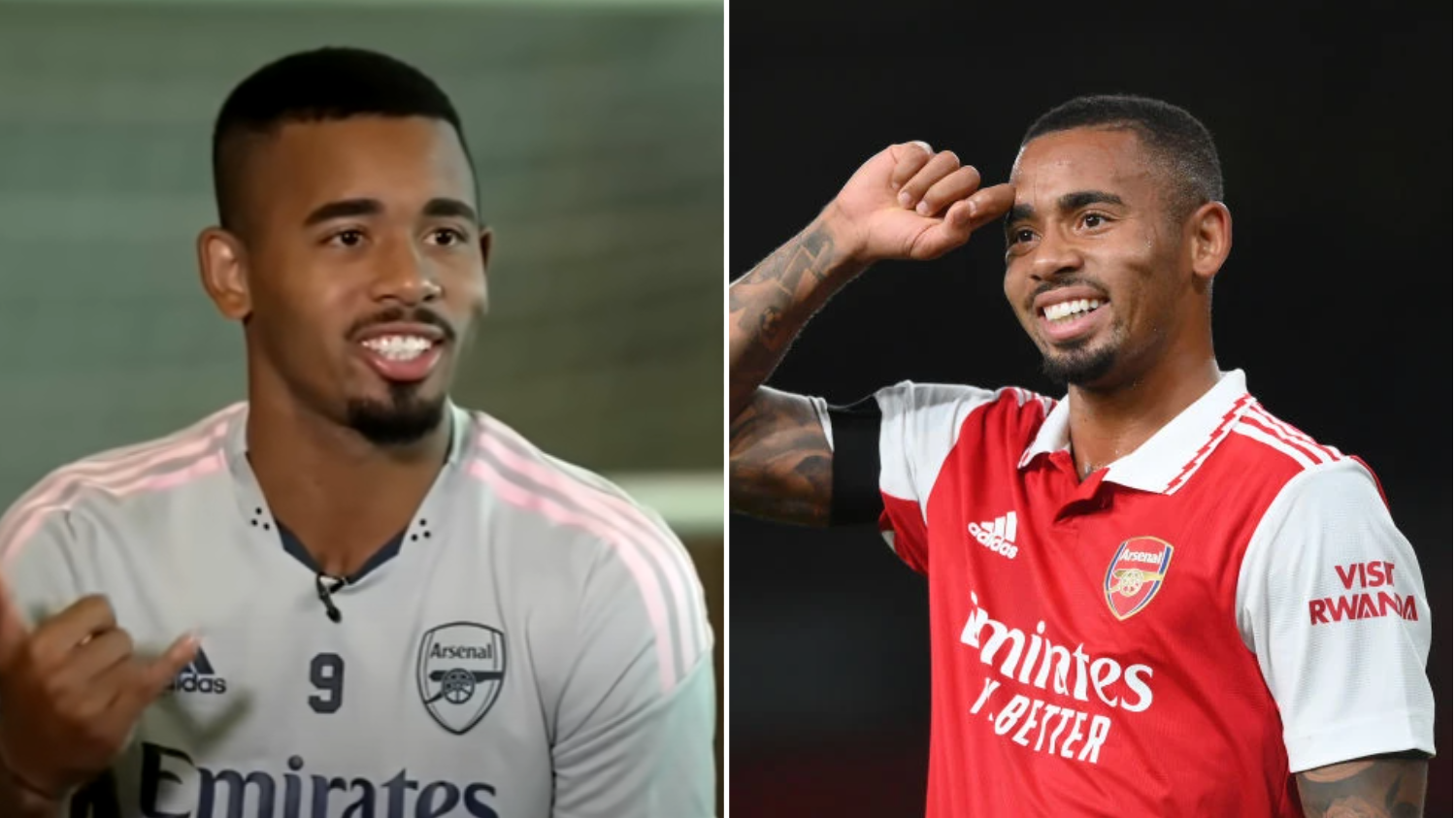 Gabriel Jesus has revealed his admiration for Arsenal team-mates Bukayo Saka and Gabriel Martinelli, insisting he is ‘lucky’ to play with the duo.

Much of Arsenal’s success this season has been down to £50m summer signing Jesus, Gunners academy graduate Saka and Brazil international Martinelli.

Despite dropping points at Southampton on Sunday, Arsenal have enjoyed their best ever start to a league campaign, amassing 28 points from 11 games.

Mikel Arteta’s side have even outperformed defending champions Manchester City – who are two points behind in second – and have a seven-point cushion in the top-four race.

Former Man City striker Jesus is loving his time at the Emirates Stadium and says he is ‘so lucky’ to call Saka and Martinelli team-mates.

Asked about the pair ahead of Arsenal’s Europa League clash with PSV on Thursday night, Jesus said ‘They are machines!

‘I joke with them because I think I have a lot of energy but when I train with them I realise I’m not close because they don’t stop. They’re still young so I’m lucky to play with them.’

While Jesus has largely impressed following his £50m move from the Etihad, he has now gone five successive games without a goal for the Gunners.

On his recent goal drought, Jesus added: ‘It’s happened before and I’m sure it will happen again. That’s football.

Jesus also insisted he was ready to play three times a week throughout this gruelling 2022-23 campaign, with Arsenal attempting to enjoy success in Europe as well as domestically.

‘I’m eating well, sleeping well. I’m enjoying life in my new shirt,’ he said. I’m ready to play 50, 60, 70 games this season. I stay with my daughter, which helps me to mentally recover from playing and training.’

Arsenal boss Arteta, meanwhile, has urged his players not to become complacent and secure top-spot in their Europa League group ahead of their trip to PSV.

Several big clubs look set to drop down from the Champions League into the Europa League but finishing top would give Arsenal an easier draw.

‘This competition is getting harder and harder,’ Arteta said. ‘It looks like the next round is going to be competitive, that’s why it’s so important to finish top.’