Chelsea have announced the signing of Paris Saint-German legend Thiago Silva on a one-year deal, with the option to extend for a further season. The Brazilian says he is “delighted” to be joining up with manager Frank Lampard.

“I am so happy to be joining Chelsea,” he told the official website.

“I am delighted to be a part of Frank Lampard’s exciting squad for next season and I’m here to challenge for honours. 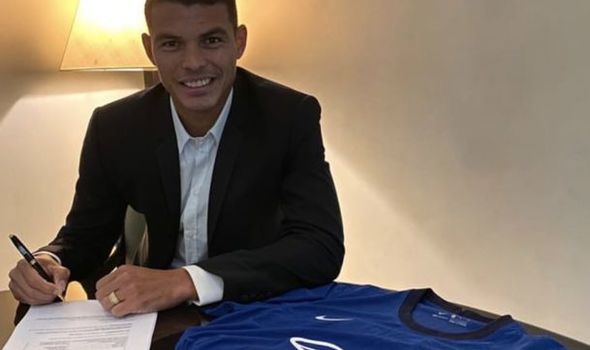 Silva left PSG at the expiry of his contract following the Champions League final earlier this month.

The 35-year-old played in the final against Bayern Munich as his side came up short 1-0.

But Lampard wants to add experience to his defence, following one of the worst seasons in Chelsea’s history in that aspect.

Silva has won numerous honours with PSG and AC Milan, and has played for Brazil 89 times in total.

Chelsea fans will remember him mostly for the goal he scored against them in the Champions League last-16 five years ago, knocking the Blues out of the competition in the process.

Chelsea chief Marina Granovskaia spoke about the positive influence Silva will have on the squad.

“We are delighted to be able to add a player of Thiago Silva’s proven world-class credentials to our squad. 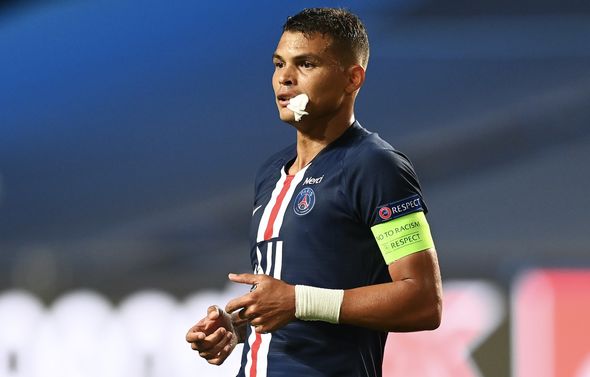 level for many years, we have no doubt his experience and quality will complement the many exciting talents we already have here.

“Thiago will be an excellent fit and we hope he can add some new trophies to his impressive list of honours.”

It’s also expected that Lampard will look to sign another defender and a goalkeeper before the window closes.

The Blues get the Premier League 2020/21 season underway on September 14 against Brighton, where Silva may feature for the first time for his new club.