Chelsea fans would have left Stamford Bridge disappointed after the manner of their 2-2 draw against Tottenham Hotspur on Sunday. But Thiago Silva’s wife, Belle, exited with frustrations over something completely different concerning the stadium’s updated signage.

Stamford Bridge showcased an updated look for the new season, with new photos of players dotted around the ground ahead of Boehly-Clearlake’s investment in a revamp as part of their takeover. The day was marred by refereeing controversy as Harry Kane’s 96th-minute equaliser helped Spurs nick a point at the death.

Silva maintained his place at the heart of Thomas Tuchel’s defence at the start of his second campaign as a Chelsea player. The 37-year-old’s wife was present in west London to watch him in action but was left unhappy with something she noticed from her position in Stamford Bridge.

Belle wasn’t happy with Chelsea for seemingly not honouring her husband with a photo of his own at the stadium. On Sunday night, she tweeted: “Today I went to Stamford Bridge, and I noticed that the photos changed around the stadium. But I don’t see a photo of @tsilva3 anywhere. Why @ChelseaFC?” 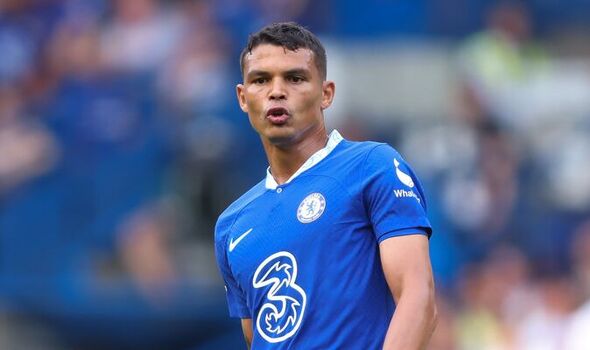 Boehly-Clearlake has made plans to freshen-up Stamford Bridge with updated signage, a fresh look to the Nike Megastore, Chelsea Museum and the ticket office, and improvements to the West Stand and Shed End. The stand’s iconic ‘Chelsea FC’ logo is set to be updated with vertical banners showing every trophy the club has won throughout its history.

Chelsea will install a 7metre-wide video screen in the West Stand and Nike Megastore and a 5metre screen in the Shed End. And the Shed End will also flaunt a new mural featuring the lyrics from the club’s iconic chant, ‘Blue is the Colour’, as well as ‘Chelsea Football Club’ painted in white on the back of the stand. 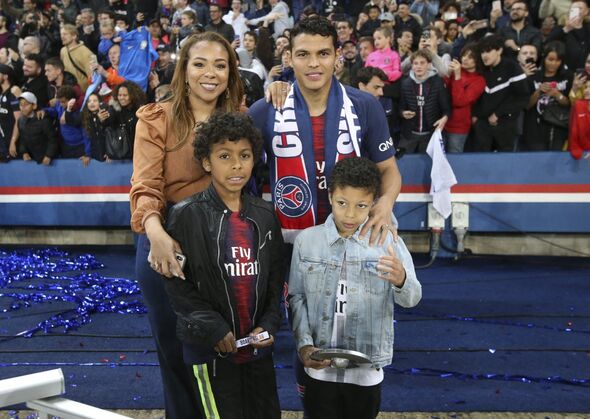 The changes are expected to be fully implemented soon, but Silva’s wife clearly isn’t a fan of decisions made in the early stages. The Brazilian icon has entered his third season at Chelsea since joining in 2020 and has heavily contributed to the club’s early success under Thomas Tuchel.

Silva lifted the Champions League in his first campaign and has since also won the UEFA Super Cup and FIFA Club World Cup. He’s also reached two FA Cup finals and one League Cup final, and will have aims to play a central role for Chelsea on all fronts and Brazil in the 2022 World Cup across the next 10 months.