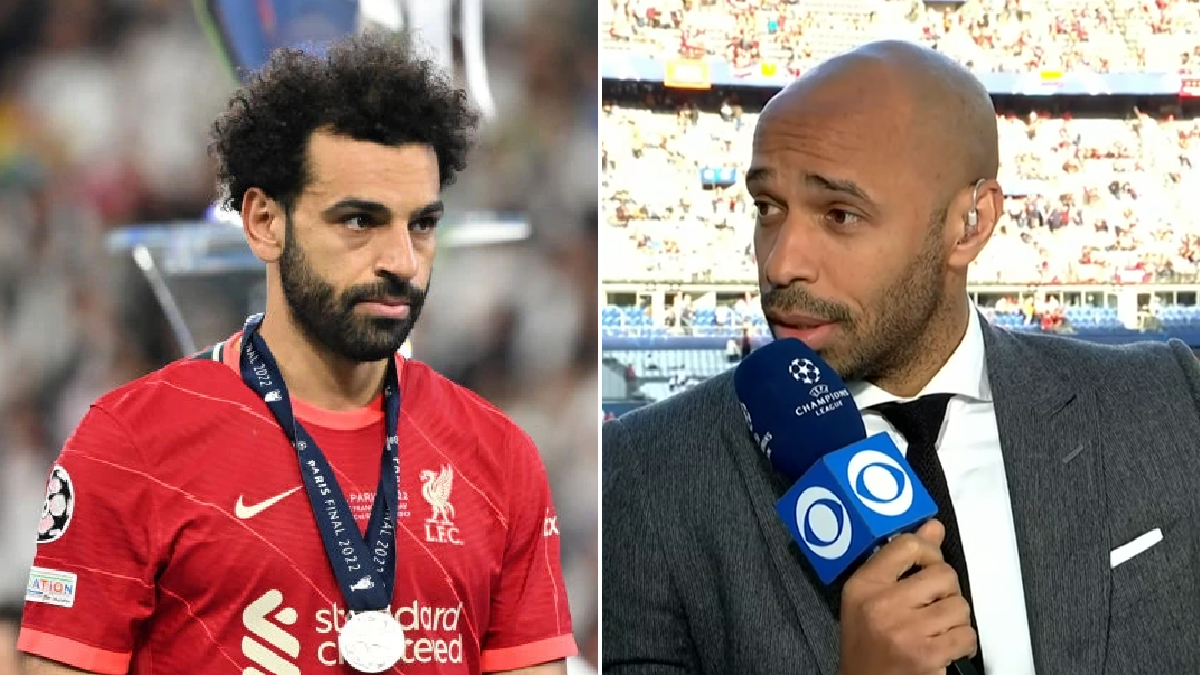 Thierry Henry has suggested Mohamed Salah’s pre-match comments about wanting to get ‘revenge’ on Real Madrid backfired and says the Liverpool star should have saved the talking until afterwards.

The Egyptian had added a little extra spice to Saturday night’s Champions League final after saying he preferred to face Real over Manchester City because he wanted to avenge their defeat in Kyiv four years ago.

‘We have a score to settle,’ he tweeted after the Spanish side’s dramatic comeback against City in the semi-final, having already made it very clear he was itching for payback in an interview after Liverpool’s own win against Villarreal.

That night in Kyiv in 2018 was especially painful for Salah as he was forced off with a dislocated shoulder after just 30 minutes following a naughty challenge from Sergio Ramos.

Manager Jurgen Klopp also fed into the revenge narrative, saying: ‘It’s normal that Mo wants to put things right. We didn’t forget what happened that time but it’s a while ago and we have so many reasons that we should give our absolute everything tomorrow night. That might be one reason but it’s not the only one.’

Unfortunately for Liverpool, it was a case of history repeating itself at the Stade de France with Real Madrid emerging as 1-0 victors.

The Spanish champions were indebted to goalkeeper – and Man of the Match – Thibaut Courtois who pulled off a string of remarkable saves, notably keeping out both Sadio Mane and Salah with two particularly excellent stops.

Henry was full of praise for Real Madrid and their keeper afterwards, though felt Salah should have kept his feelings to himself before the match and saved his comments about revenge until after the match was won.

Speaking on CBS Sports, he explained: ‘I always say something, don’t talk before a final.

‘Beat Real Madrid, then talk and say, “It was revenge” and all of that. When you talk before a final, you have to win it.’

He continued: ‘We have said it so many times, it’s about putting the ball into the back of the net. They [Madrid] have one shot on target and they score.

‘Liverpool had a lot. But they faced Thibaut Courtois. Remember what I said in the semi-final, people don’t give him the credit he deserves.

‘He’s one of the best keepers in the world and better than Ederson. And he’s shown it tonight.’