Giroud is just seven goals behind Henry’s record of 51 for Les Bleus – with the 34-year-old forward capable of eclipsing that total this summer after he was called up to Didier Deschamps’ squad for the European Championships.

Henry admitted it would be ‘amazing’ if the fellow former Arsenal forward beat his record and believes there will not be strikers like Giroud in the near future. 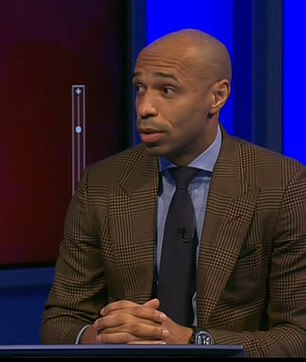 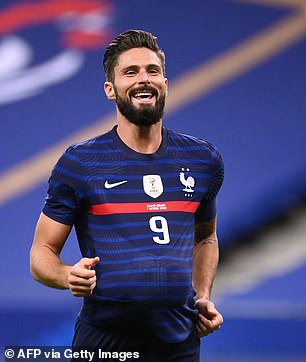 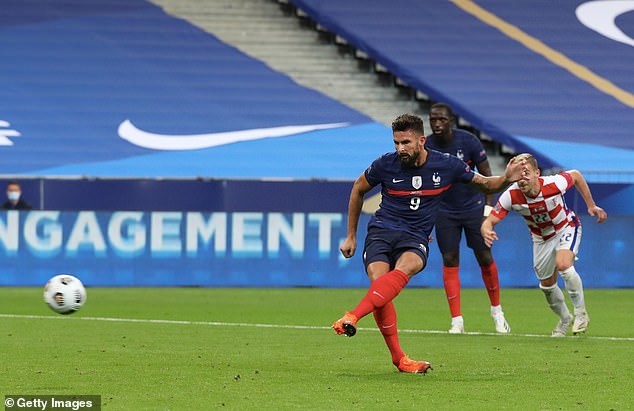 The retired France forward told Goal: ‘Olivier is the type of striker that is kind of dying right now. The old school, holding the ball up, passing the ball to the winger, getting into the box and breaking your neck to score with a header.

‘But what I like is how he puts people in a game. He’s very good, he will give the assist sometimes when you link up with him on a one-two.

‘He’s that type of player and I think it’s very good for the national team to have a different dimension to the other guys, who like to go in behind and go out to the wing and drop in.

‘I think it’s great for Didier Deschamps to have a striker like Olivier and if he goes on to beat the record, amazing.’ 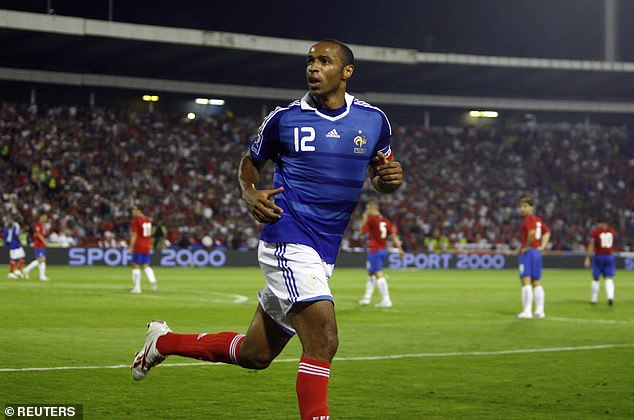 Henry, who retired from France in 2010, ended his international career with 51 Les Bleus goals

Giroud, who made his France debut in 2011 just before joining Arsenal, not only has 44 international goals for Les Bleus but also has 13 assists – demonstrating his excellent all-round game.

The striker played a key role in France’s 2018 World Cup triumph in Russia, providing a useful focal point up front for fellow attackers despite not getting on the scoresheet himself.

Giroud’s importance to the French national team is summed up by the fact he remains a regular part of Deschamps’ squad despite being rarely used by current club Chelsea. 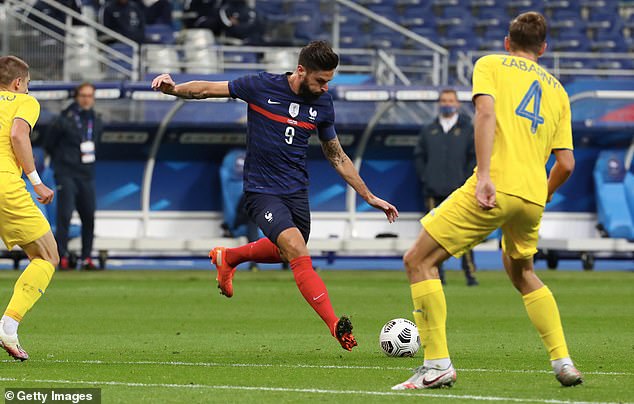 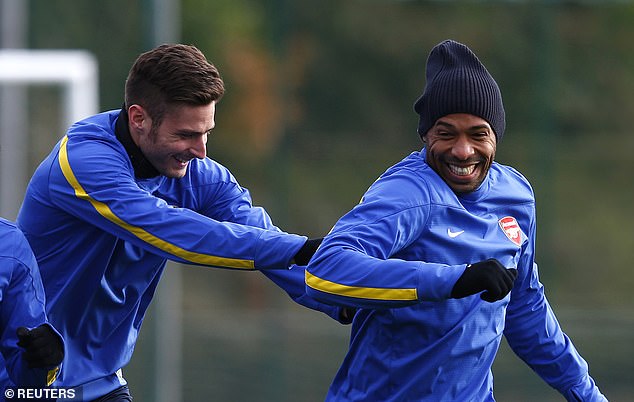 The veteran striker made just 17 league appearances and 31 overall this season for the European champions – and is expected to move on this summer when his contract expires at the end of this month.

Despite limited game time for Chelsea, Henry believes Giroud deserves to beat his international goalscoring record for France – and reveals he congratulates him every time he finds the net for his country.

Henry added: ‘It would be great, a great achievement (if he beat Henry’s record). Record are there to be broken. 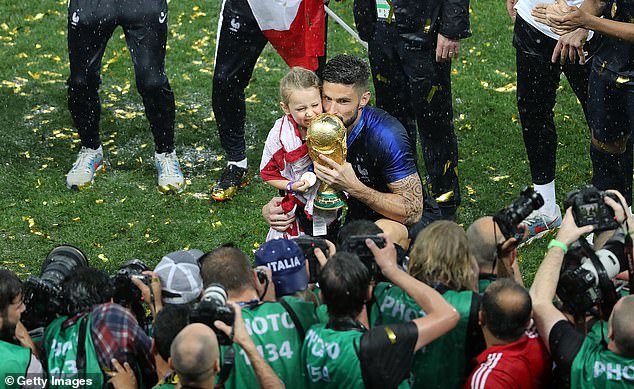 ‘I often speak to him actually, whenever he scores a goal or two, and I always say to him ‘well done’, because he deserves it.

‘In the past three or four years it seems like he’s struggling for starts with his team at club level, but whenever he plays – whether it’s at club level or in the national team – he often delivers.

‘And yes, I know people will tell me that he didn’t score a goal at the World Cup, but at the end of the day he lifted the trophy so it doesn’t really matter.’