Jubilant Thomas Frank toasted an emotional promotion after Brentford reached the Premier League for the first time with a 2-0 play-off final win over 10-man Swansea.

The Bees gained redemption for last season’s final defeat by Fulham and ended a play-off hoodoo which had seen them fail in a record nine previous attempts thanks to goals from Ivan Toney and Emiliano Marcondes.

Frank, the first Danish manager to win promotion to the Premier League, said: “Of course, just after the final whistle I was very emotional. I had tears in my eyes and so did the staff and the players.

“Then it was 10 days holiday and back into it. We had more waves of Covid a condensed season, then 21 games unbeaten to go top of the league, then a setback and in the play-offs again, and anything can happen in the final.

“But I just sensed this week they were calm, relaxed and ready to be ruthless. It’s up to us to continue that journey next year. But I want to get drunk tonight and think about that tomorrow.”

Just 10 minutes had elapsed when Bryan Mbeumo darted between two defenders to reach a through-ball from Sergi Canos and was wiped out by Swans goalkeeper Freddie Woodman.

Toney had not missed a penalty all season and he was not about to start now, the prolific striker slotting his 33rd goal of the campaign into the bottom corner.

It was the start Swansea, so tight at the back but not exactly prolific in attack, would have dreaded – and things quickly got worse.

When Andre Ayew was dispossessed in the Brentford penalty area in the 20th minute Mbeumo was able to race upfield unchallenged.

Assistance arrived in the overlapping Mads Roerslev, who lifted the ball across goal for Marcondes to slam home first time.

Swansea were reeling and their noisy band of 5,000 supporters, among a restricted crowd of 11,689, were almost silenced when Toney chested the ball down before seeing his volley hit the underside of the crossbar. 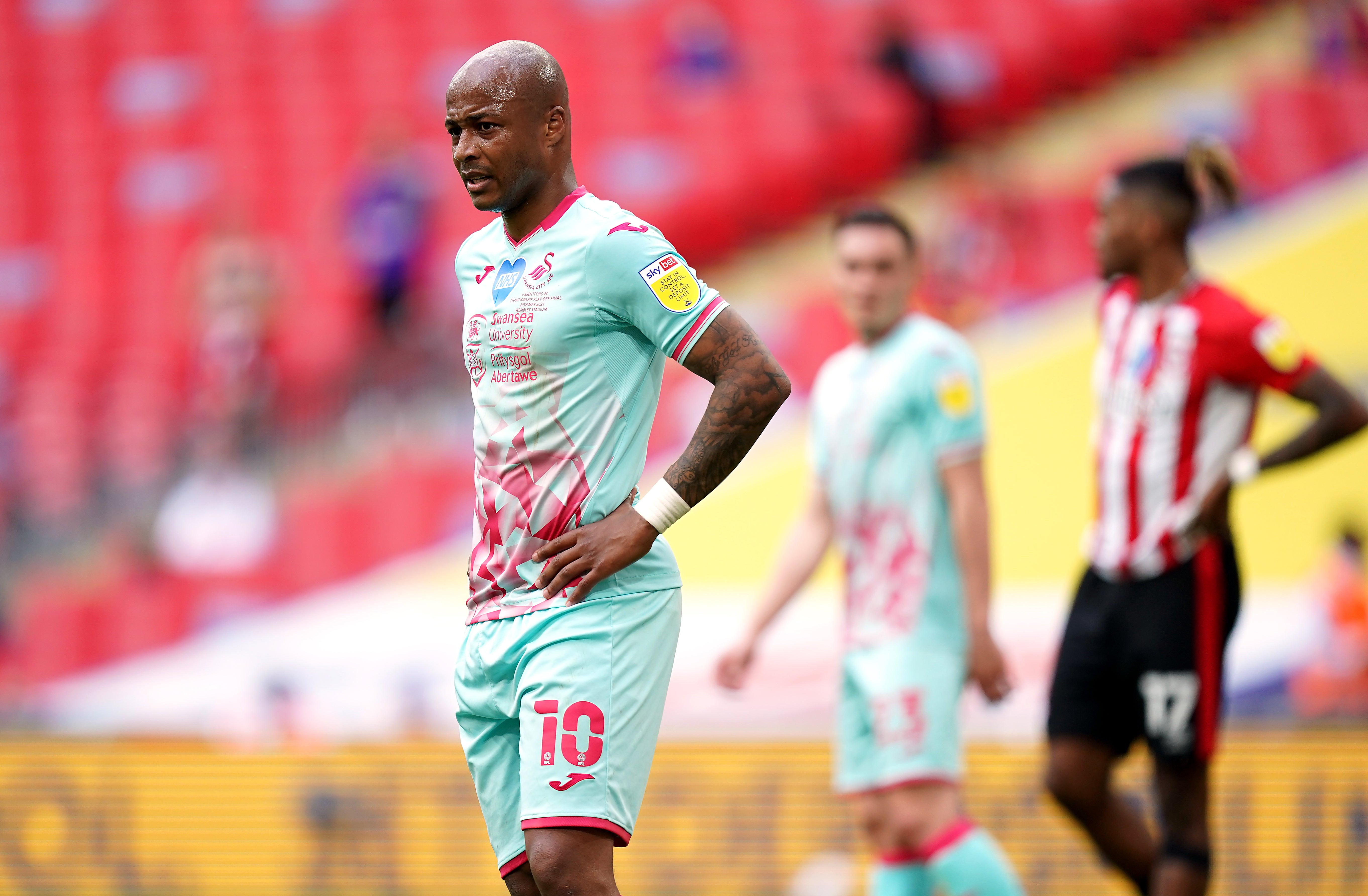 Ayew looped a header onto the bar before half-time and then glanced another inches wide at the start of the second half as Swansea looked for a way back.

But their chances all-but ended in the 65th minute when Jay Fulton was shown a straight red card for an ugly-looking, but clumsy, lunge on Mathias Jensen.

It was a sad end to a fine campaign for Swansea and their manager Steve Cooper as they succumbed to Brentford in the play-offs for the second successive season, having lost last year’s semi-final.

“There is nothing I can say that will make people feel any better at the moment. Getting this far is an unbelievable effort from the players. 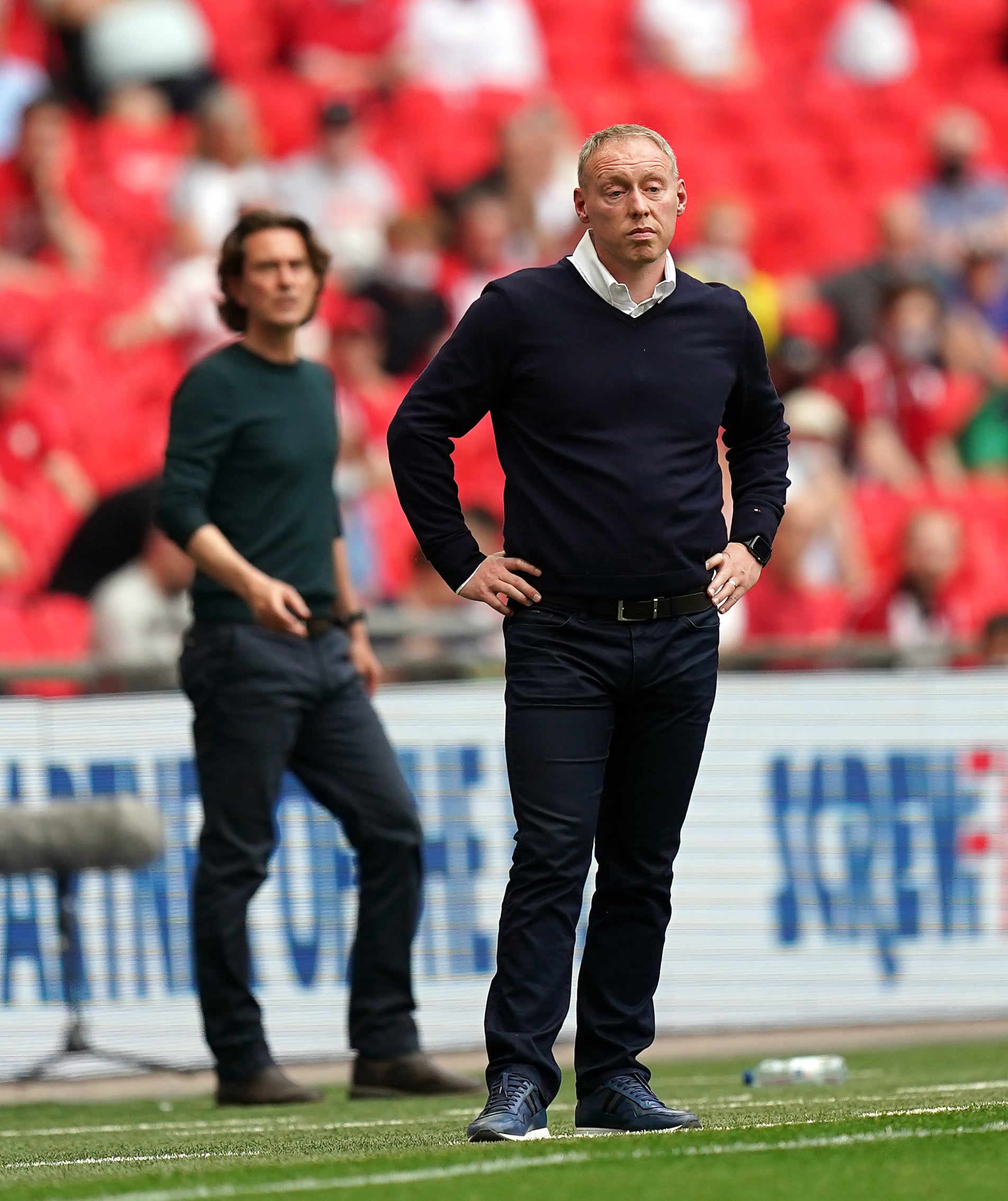 “Let’s show the lads a bit of credit for the season. They are disappointed now because they have lost the final, but I want my concentration and thoughts to be with the players at the moment.

“For me I have always worked on the basis that setbacks are the most important things that define you.

“Don’t worry about me. I just wanted to make sure we finish today off properly and get back to Swansea.”

But for Frank and his forward-thinking club, the top flight beckons for the first time since 1947, and their new Community Stadium, empty for the majority of its maiden season, will be abuzz with Premier League football in August.