Thomas Partey showed Arsenal are still up for the fight heading into their final game of the season as he launched into a huge tackle on a first-team coach in training.

The Ghanaian has had an inconsistent first year in England, with injuries hampering his progress and preventing him from finding his top form.

But it was Sam Wilson, Arsenal’s strength and conditioning coach, who was in danger of injury in a clip from a Gunners session. 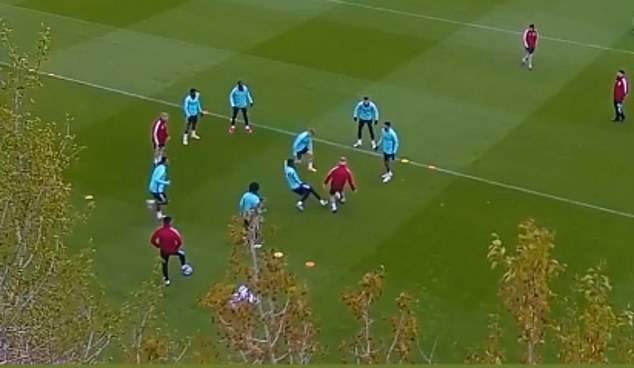 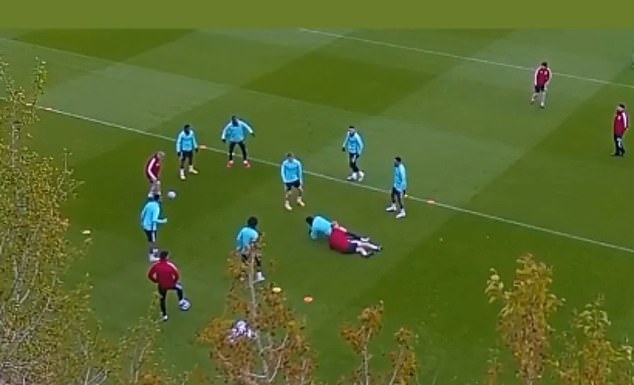 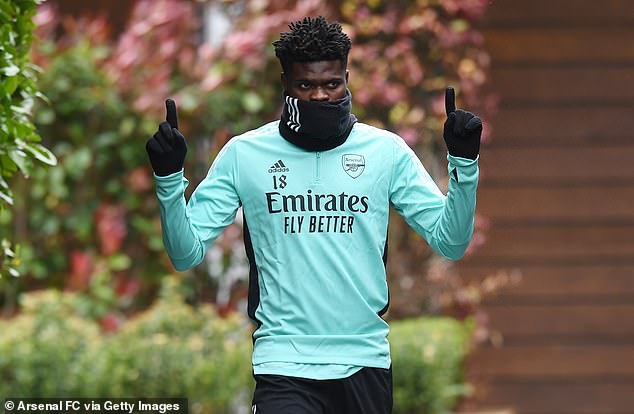 Partey was one of two Arsenal players in the middle of a rondo training drill, and as the ball was laid back to Wilson he launched himself at the coach with a terrible late tackle.

Wilson was left on the floor holding his ankle after being wiped out, but by the end of the clip was back on his feet. 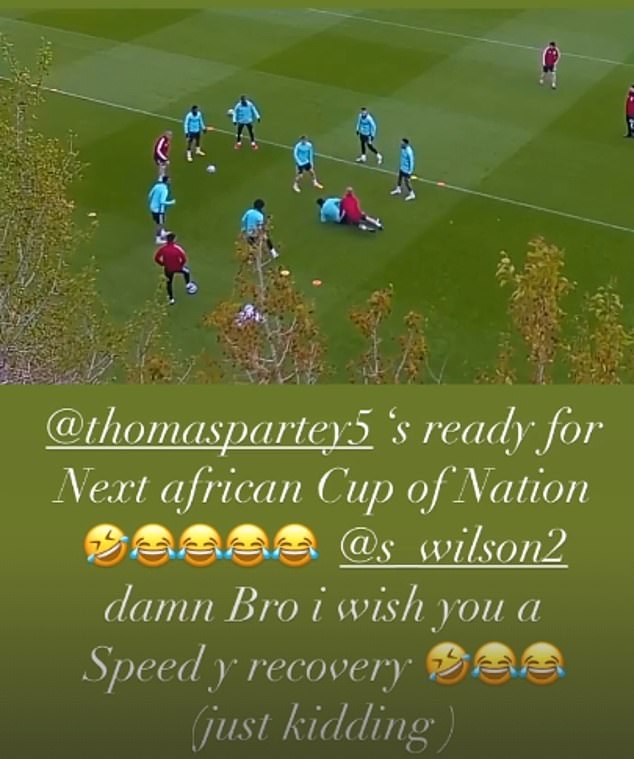 He posted: ‘@ThomasPartey5’s ready for the next African Cup of Nations – @s_wilson92 damn bro I wish you a speedy recovery (just kidding).’

Partey joined Arsenal for £45m in October and has only been able to make 17 Premier League starts since arriving at the Emirates.

Just nine of those have seen him play the full 90 minutes, with one of those early exits coming in the north London derby as he aggravated an injury and was forced off despite his manager Mikel Arteta trying to push him back onto the pitch as Tottenham launched a counter attack to score.

That loss to Spurs was one of 13 league defeats for Arsenal this season, leaving them ninth in the table heading into the final day of the season. 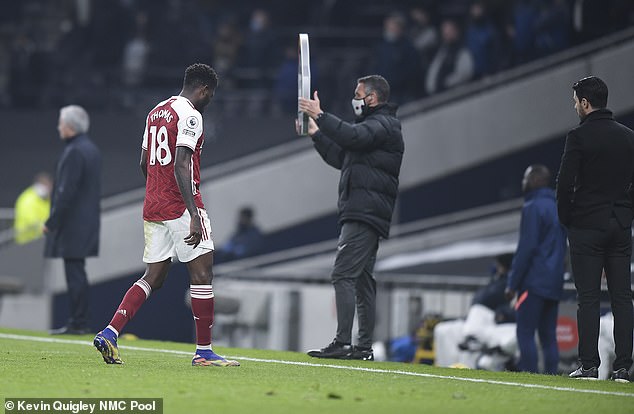 Should the Gunners beat Brighton and other results go their way, Arteta’s side could still finish seventh and in doing so would qualify for the inaugural Europa Conference League next season.

Brighton have nothing to play for, sitting 16th in the table, but come off the back of a superb 3-2 comeback win over Manchester City midweek and will go into the match at the Emirates without any pressure.

There will be 10,000 Arsenal fans in attendance at the Emirates, the first time supporters have been in the stands since 2,000 watched on as the Gunners beat Rapid Vienna in December.