Thomas Tuchel admits his first starting line-up as Chelsea manager is perhaps the “most unfair” he has ever picked, having dropped the likes of Mason Mount and Reece James to the bench against Wolves at Stamford Bridge on Wednesday night.

The Blues appear to be lining up in a 3-4-3 formation in Tuchel’s first match in charge with Jorginho and Mateo Kovacic picked as the two-man midfield pairing.

Kurt Zouma is on the bench with Antonio Rudiger and Cesar Azpilicueta partnering Thiago Silva in a three-man defence at the back, with the Brazil centre-half having been Tuchel’s captain at Paris Saint-Germain last season.

With Edouard Mendy remaining in goal, Ben Chilwell lines up at left wing-back while Callum Hudson-Odoi is an intriguing choice over James in the right wing-back role.

Hakim Ziyech and Kai Havertz are the supporting cast for sole striker Olivier Giroud with Mount dropping to the bench after 13 straight Premier League starts.

In addition to Mount, Zouma, James and Tammy Abraham – who scored a hat-trick in Sunday’s FA Cup win over Luton Town – Christian Pulisic and Timo Werner also only made the bench alongside left-back deputies Emerson Palmieri and Marcos Alonso, who has not played since September 26. 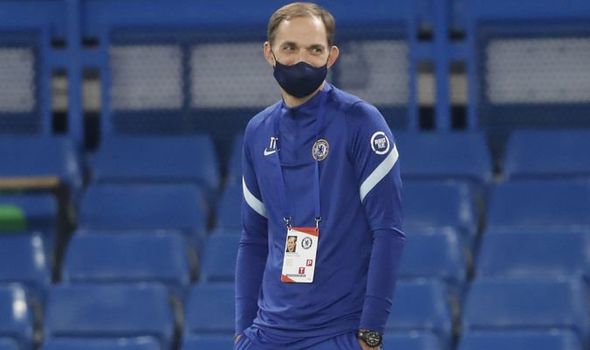 But Tuchel admitted it was impossible to name a fair line-up having only had one training session to work with his new squad on Tuesday, with predecessor Frank Lampard only sacked on Monday.

The German vowed to BT Sport pre-match: “We will attack and play brave football. We will play for scoring and creating chances.

“At the same time, when I think about Chelsea football, it’s an intense game, teams with a winning mentality who defend hard, solid and compact as a group.

“We want to create this. We see a lot of talent. We have a good mix of experience, personality and of young players.

“And of course we will encourage them to play an attacking style, to be active in all moments of the game. 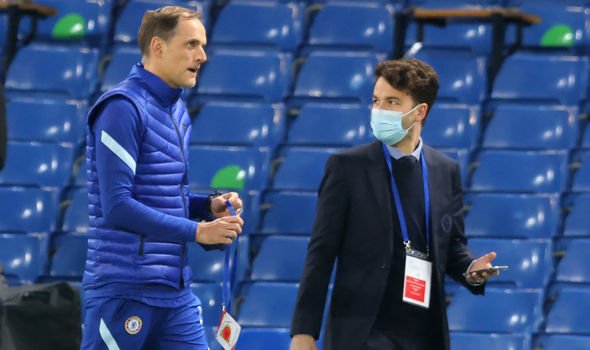 “Today with the choices it was totally unfair. How can I do the choices when we’ve had just one training where everybody was really focused and really open to all the things we trained

“It’s maybe the most unfair line-up we ever do because there’s no reason to give to players to not be in the line-up. We chose for a bit more experience today.

“The expectations is high, the pressure and tension is high so we went for a bit of experience.”

Asked if he got his message across to his new players in Tuesday’s training session, Tuchel laughed: “We will see! I was happy to be on the pitch because I feel best on the pitch.

“This is the best moment to get known to players because they feel comfortable. We took the possibility and there’s nothing to be afraid of.

“We tried to work on some details and encouraged the guys to do their best today. It was clear. We will be at the sideline.”

Tuchel has been installed as Lampard’s successor to get Chelsea up the table, with the team having entered the match against Wolves 11 points behind leaders Manchester United.

Director Marina Granosvkaia said of the new manager: “We are very happy to secure one of Europe’s best coaches in Thomas Tuchel.

“There is still much to play for and much to achieve, this season and beyond. We welcome Thomas to the Club.”