Thomas Tuchel blames Chelsea’s dismal 3-0 defeat at Leeds on ‘HUGE individual errors’, with Blues boss outlining the need to sign ‘better’ players before the end of the transfer window to ignite their season

Thomas Tuchel has slammed his Chelsea side following their 3-0 humiliation by Leeds on Sunday afternoon as he admitted that new players are needed before the transfer window slams shut.

He watched on as a catalogue of individiual errors, most presently from goalkeeper Edouard Mendy for Leeds’ opener, as Jesse Marsch’s side inflicted a first defeat of the season on the London side.

Leeds found themselves 2-0 up within 37 minutes as quick-fire goals from Brenden Aaronson and Rodrigo put the visitors on the back-foot before they further increasing their advantage in the second half. 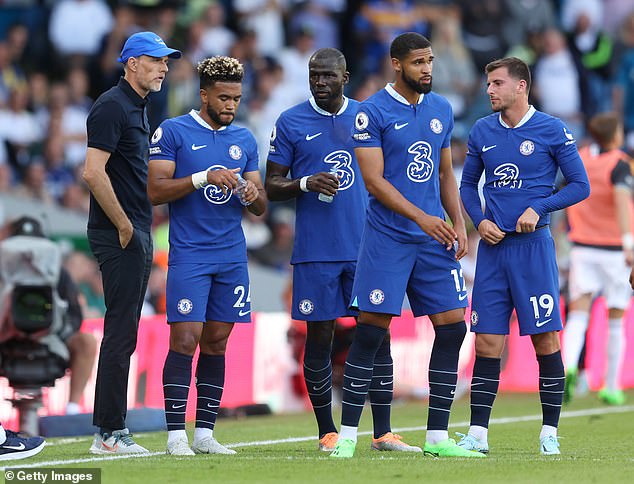 Jack Harrison scored a third with just over 20 minutes left as Chelsea’s players struggled to recreate their heroics against Spurs last time out with Kalidou Koulibaly’s late sending off heaping more misery on what was a miserable trip to Yorkshire. 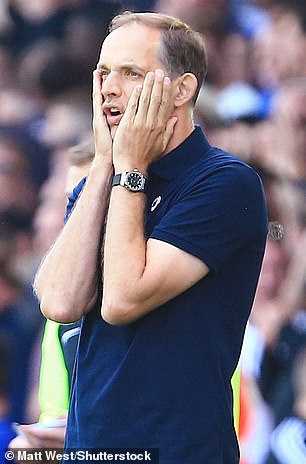 ‘We give goals away from huge individual errors too often. It is what it is.

‘This is the squad. My energy goes to the squad we have, we try to make the squad better, but if we don’t we fight what we have.’

Chelsea have spent over £170million on incomings under the new onwership reign of Todd Boehly during the current transfer window, with a host of talent making their way to Stamford Bridge.

But Tuchel’s hunt for further reinforcement appears set to continue until the end of the window on Spetember 1 – just 11 days away.

Chelsea have invested heavily in strengthening their defence with Koulibaly joining from Napoli and Marc Cucurella making the switch from Premier League Brighton. 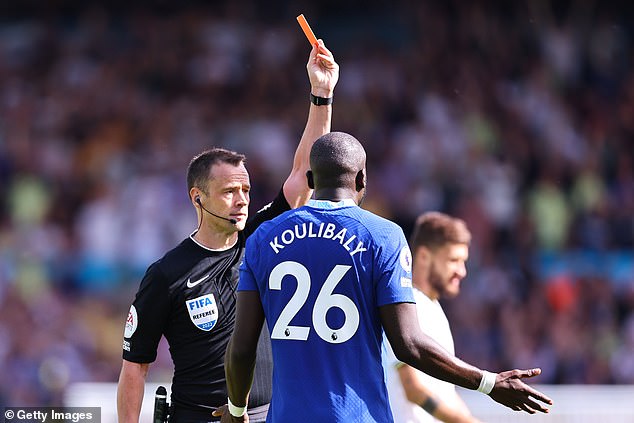 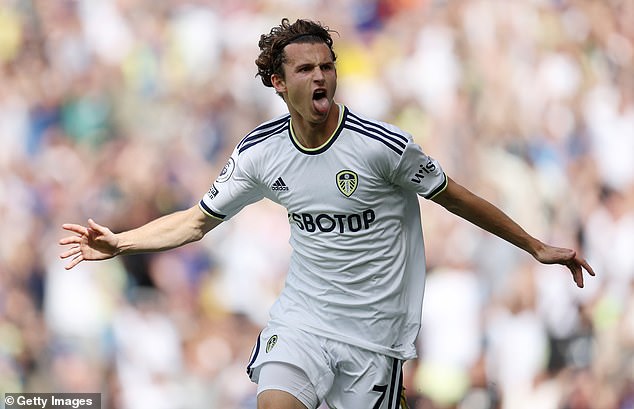 Leicester’s centre-back Wesley Fofana – who was left out of his side’s defeat to Southampton on Saturday – is additionally wanted by the German, with negotiations between the two clubs set to continue.

There is also a significant need for at least one other attacker to make their way to Chelsea after the departures of Romelu Lukaku and Timo Werner left them without any recognised striker.