Another round of changes for Chelsea’s new Tinkerman and yet more impressive numbers.

With this draw at Leeds, Thomas Tuchel boasts the joint-longest unbeaten start (12 games) of any Chelsea manager. In his 10 league games, they have shipped just two goals. No manager in Premier League history has conceded fewer.

All the while, Tuchel has made 39 tweaks to his team — more than any other boss. 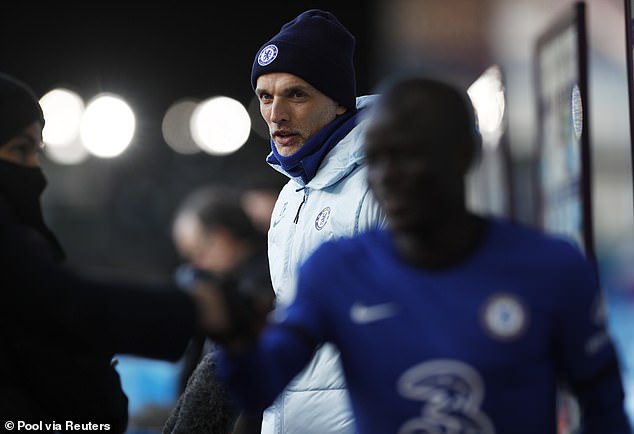 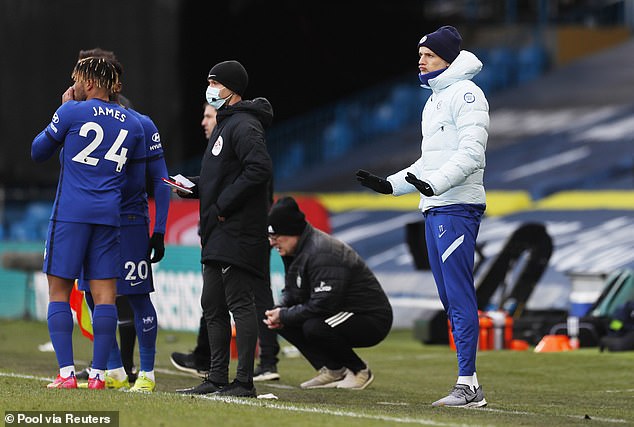 3 – Tuchel’s Chelsea have had three 0-0s in their first 10 league games, more than in their 57 matches under Frank Lampard (two).

Chelsea have scored 13 times in 12 games under the German, compared to 19 goals in the final 12 under Lampard.

12 – Only Luis Felipe Scolari can match Tuchel’s 12-game unbeaten run in all competitions to start his Chelsea career.

Rotation has always been his way but during this breathless season, when training is severely limited, it’s incredible how Tuchel’s principles have already soaked into his squad.

‘Obviously there was no time to lose and it is praise for the players and their achievement to adapt and step up so quickly,’ Tuchel said.

‘We need more than 10 or 11 players we trust and we cannot only talk about trust — we have to show them.’

Chelsea are now more solid, more savvy and five consecutive clean sheets have come despite changes in personnel — and formation. Their top-four hopes rest on Tuchel’s ability to find similar joy at the other end.

Still, nothing quite clicks. Against Leeds, Kai Havertz played as a false nine once more. Again the 21-year-old showed plenty of skill and clever movement, yet his last league goal was in October.

‘We don’t score enough,’ the German forward admitted. ‘We are not clinical enough in front of goal. We had good chances at Leeds — I had two myself. It’s not easy to score in this league but we have to keep going.’

His attempts to settle in England haven’t been helped by injury and a bad bout of Covid. Not that Havertz is looking for excuses. 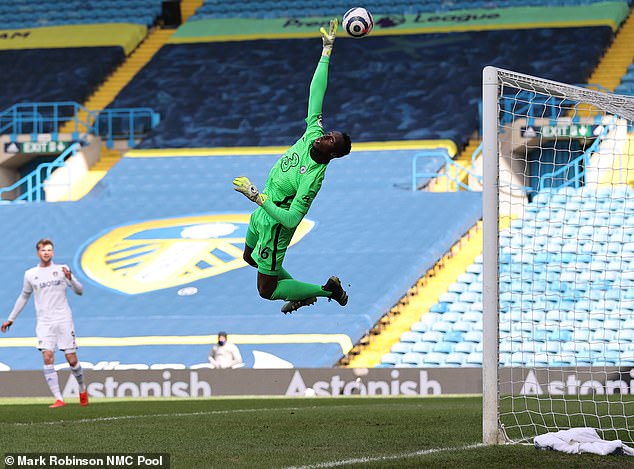 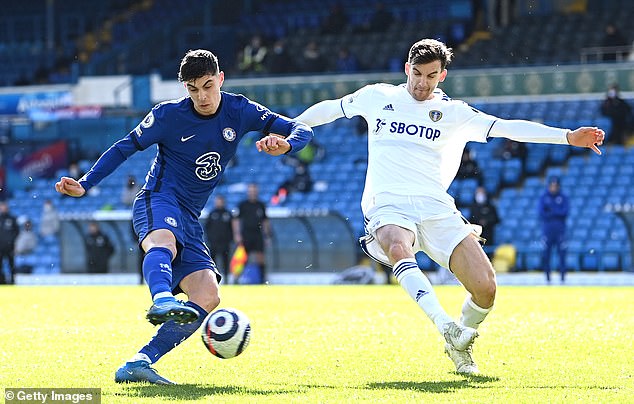 ‘Corona is now over. I feel good, it’s now time to play good. I have to improve,’ he said. ‘It has been difficult… I hope that I will see my family soon.’

And his new home? ‘I haven’t seen much of the country or the city of London,’ he added. ‘Every day I just go to training and then come back and spend the whole day at home.’

It’s not been much rosier for Timo Werner (one league goal since November), who still looks a shadow of his former Bundesliga self. Perhaps it is no wonder Chelsea, who spent £180million on attackers last summer, are eyeing Erling Haaland.

‘We have guys we’re happy with, who have the potential to be more decisive,’ Tuchel insisted. ‘There is no need now to reflect for the summer or for other solutions.’ 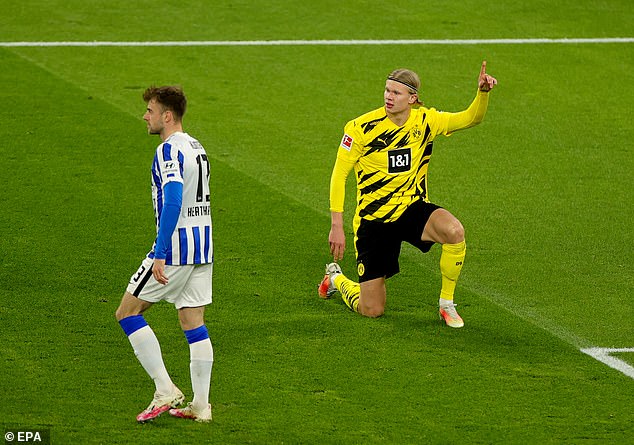