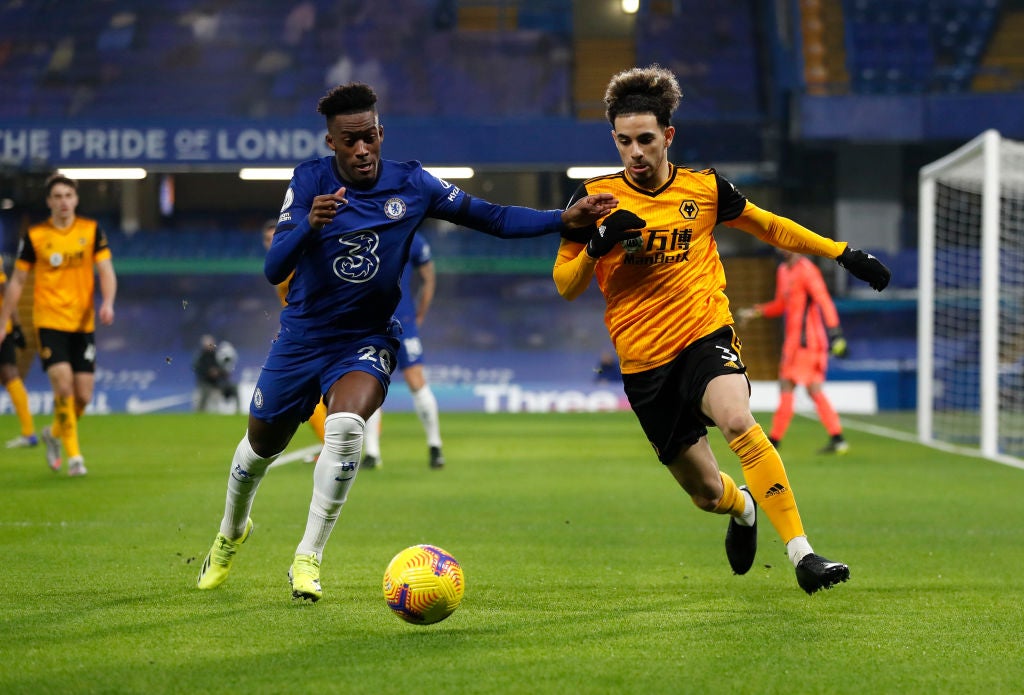 That being said, one of the players with the greatest point to prove is Callum Hudson-Odoi, who never quite endeared himself to Lampard, and started in an unfamiliar right wing-back role. Excitement around the 20-year-old has not always been realised thus far, but he appears to be the brightest early benefactor of Tuchel’s arrival, breathing life into a game that drifted at a soulless pace, darting in behind Wolves’ defence and floating balls towards Giroud.

His vigour was not always matched by his teammates, though. This was a draw that sagged under the weight of expectation, a pattern of relentless Chelsea possession that Tuchel has not yet had the time to craft. It was not for want of trying. Tuchel was not so much coaching from the sidelines as targeting individuals, puppeteering movements and establishing his own order to tackle the lethargy and inertia of spirit that has afflicted Chelsea in past weeks. Clearly, it won’t be shaken easily, but his approach promises to be refreshing and, eventually, uncompromising.

One player who it does seem will be afforded a certain sense of freedom is Kai Havertz, whose difficulties thus far have been well documented. It is no doubt imperative to Chelsea that their £72m investment is not drowned in a pitfall of confidence and few will be more aware of the German’s talent than Tuchel. Staring in a No 10 role, he frequently had the licence to drive forwards, displayed a few subtle flicks and slight turns, but still seemed deprived of the cutting edge to turn possession into product. It was not so much a criticism of him but one that represented the team in its entirety.

It was, by and large, a pattern without cessation. Chelsea attempted collapse Wolves’ stubborn defensive unit but struggled to create clear-cut chances, with Giroud’s frustrated screams rather outmatching the true weight of tricky chances scuffed. When the openings finally did arrive in the dying stages, they came as an avalanche but it was all too late.

It might be a disappointing result, but at least the seeds of a plan are there. Only time will tell how long they take to flourish at the surface.

Possession: Chelsea made more successful passes in the first half than in any of their Premier League games since 2003/04, according to Opta.

Lack of mobility: For all their prowess with the ball, Chelsea’s periods of greatest threat came down the wings, when getting in behind Wolves’ back three. With Havertz and Ziyech often almost playing in parallel positions tucked in behind Giroud, there was a tendency for play to become mired in the middle of the pitch, a little static and risk-averse, without the necessary runners off the ball to force a decisive spar.

Rudiger: Chelsea’s players were forced to come out in defence of Rudiger after reports that he had played a role in Lampard’s sacking. The German has never been a peripheral figure, though, even if his game time has been limited, and he was restored to the heart of defence by Tuchel. Strong and outspoken, he was assured throughout. There’s no chance he is going to fade away quietly.

Academy future: So where does Tuchel’s appointment leave the academy? It’s easy to be drawn into sweeping statements from tonight’s starting line-up, where the likes of James and Mount were particularly surprising absences. It is not a definite return to old ways yet, though. After just a few hours with the squad, Tuchel opted for experience. That is not necessarily a tell-tale sign, rather a calculated gamble.

New penalty rules for when a goalkeeper encroaches a spot-kick