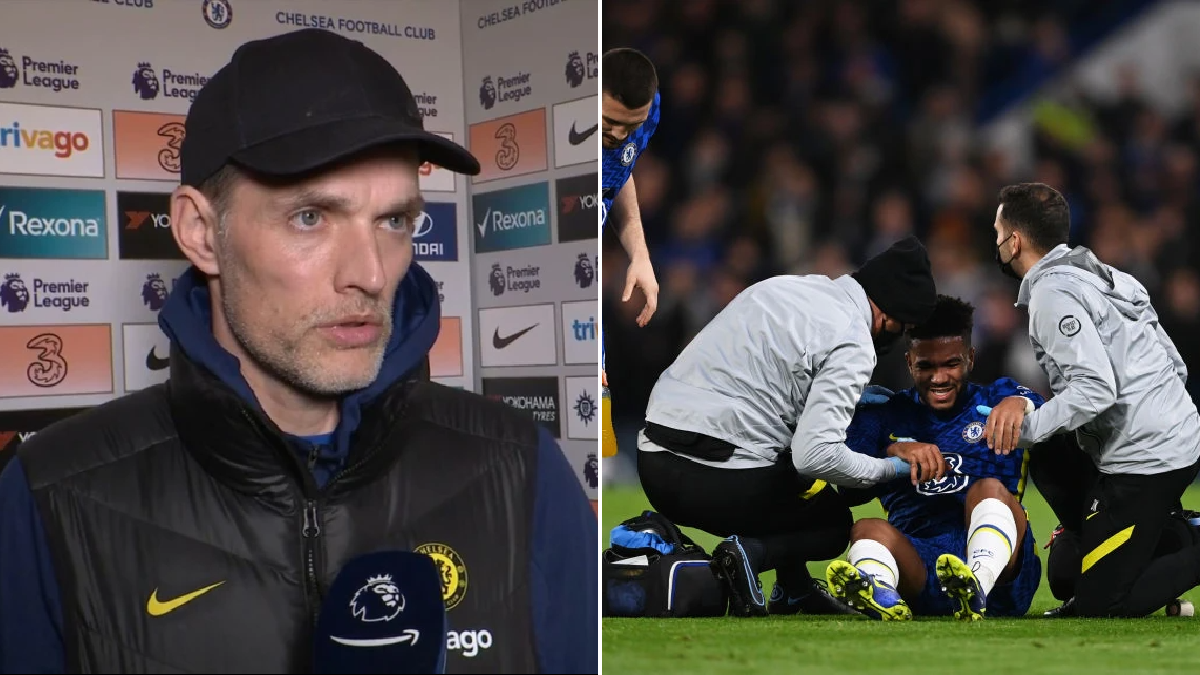 England international James was supported by two members of Chelsea’s medical staff as he made his way off the pitch midway through the first half at Stamford Bridge on Wednesday night.

Shortly after James was replaced by Marcos Alonso, Blues summer signing Romelu Lukaku rose well from a corner to head the hosts in front.

But Brighton created a number of chances and finally broke Chelsea’s resistance in injury-time thanks to Danny Welbeck’s superb header.

Not only have Chelsea now drawn three of their last four league games, but the squad is struggling with injuries and Covid-19 absentees.

Asked about James’ injury after the 1-1 draw, Tuchel said: ‘No prognosis. It’s a hamstring injury. We have no more full-backs, everyone is injured.’

He said: ‘It’s a big problem because already we can see that Tuchel is trying to find players to play in certain positions.’

‘It’s a well deserved point. It was a good technical performance as well as a physical one,’ the former Arsenal and Manchester United striker said.

‘To get a point here is big for us. I was outside warming up at half time so I don’t now what the manager said at half-time. But we created a lot of chances and we’re happy to come away with a point.’

Premier League schedule: how to watch soccer on TV in the US this weekend