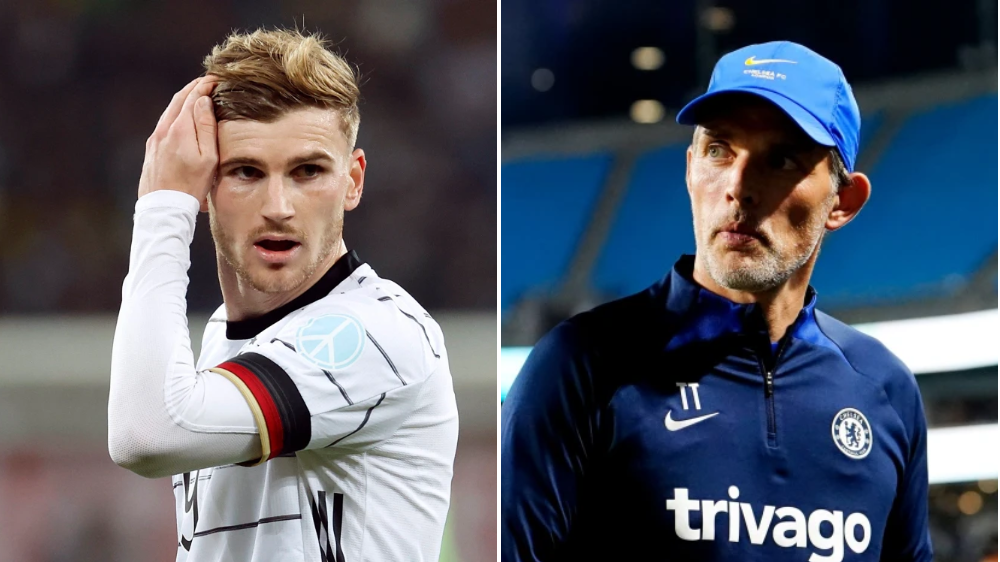 Thomas Tuchel has dismissed reports claiming that Timo Werner is pushing to leave Chelsea this summer.

The 26-year-old has struggled to make an impact since his £47.5 million move from RB Leipzig in 2020, scoring 23 goals in 89 appearances for Chelsea.

On Friday, Sky Germany reported that tension between Tuchel and Werner has caused the Germany international to seek a move during the transfer window, and a return to the Bundesliga is a possibility.

But when asked if there is any substance behind the reports, Tuchel said on Friday: ‘I don’t think so.

‘I don’t know about it, Timo has not talked to me about it.

‘In the moment I think he wants to make his way at Chelsea. He has still to prove a point.’

Tuchel also took the opportunity to warn Chelsea’s hierarchy once again that his squad ‘need to be more competitive’ by adding new signings.

‘Somebody told me years ago and I’ll never forget, if you’re on a stairlift that is going down, to maintain your position you have to keep on walking, and this is what it is,’ said the Chelsea manager.

‘Premier League and high-level sports in general is so demanding that if you want to maintain your position you have to improve.

‘We have to do our homework. The other teams are not sleeping, we need to be more competitive than we are at the moment.’