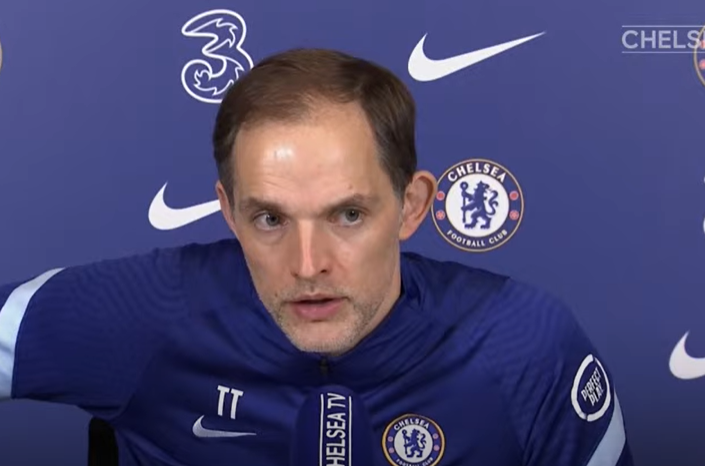 Chelsea manager Thomas Tuchel has revealed the Covid-19 restrictions in place at the club’s Cobham training base has rendered his task of monitoring the club’s young players more difficult than it should be.

The German was installed as Frank Lampard’s replacement last month and has made an overwhelmingly positive start to his Stamford Bridge tenure.

Chelsea are up to fifth in the Premier League table and have conceded just one goal in the six matches Tuchel has taken charge of thus far.

The Blues marched into the quarter finals of the FA Cup last night following a 1-0 win over Barnsley in a match that featured academy graduates Reece James, Billy Gilmour and Tammy Abraham, with all three combining for the decisive goal.

After Tuchel named an experienced side for his first game at the helm against Wolves last month there were fears that the German could have a detrimental impact on the progression of the club’s young players.

The former PSG boss has alleviated those concerns in recent weeks and found room for the likes of Lewis Bate and Tino Anjorin in his squad for the trip to Oakwell on Thursday, but admitted keeping an eye on the development of the club’s young players is not a straightforward task at the moment.

He said: ‘The door is always open in my office for the coaches, officials from the academy.

‘I love to watch their training, in-house games on the other pitches, which is unfortunately not allowed at the moment because we are in the bubble so it is a bit more difficult than usual.

‘My belief is that is the backbone of any club, the more guys you have arrive in the first team, the better it is for the club.’

On Gilmour, specifically, he added: ‘To have a fourth guy like Billy Gilmour is absolutely necessary. We need exactly this kind of quality, the group is strong and I feel the bond between the players.

‘We have to improve and then prove we are a strong group but today, I feel a good atmosphere. It is my job to focus on that. They can be still competitive with each other but we need to be close and understand that this is a team effort.’