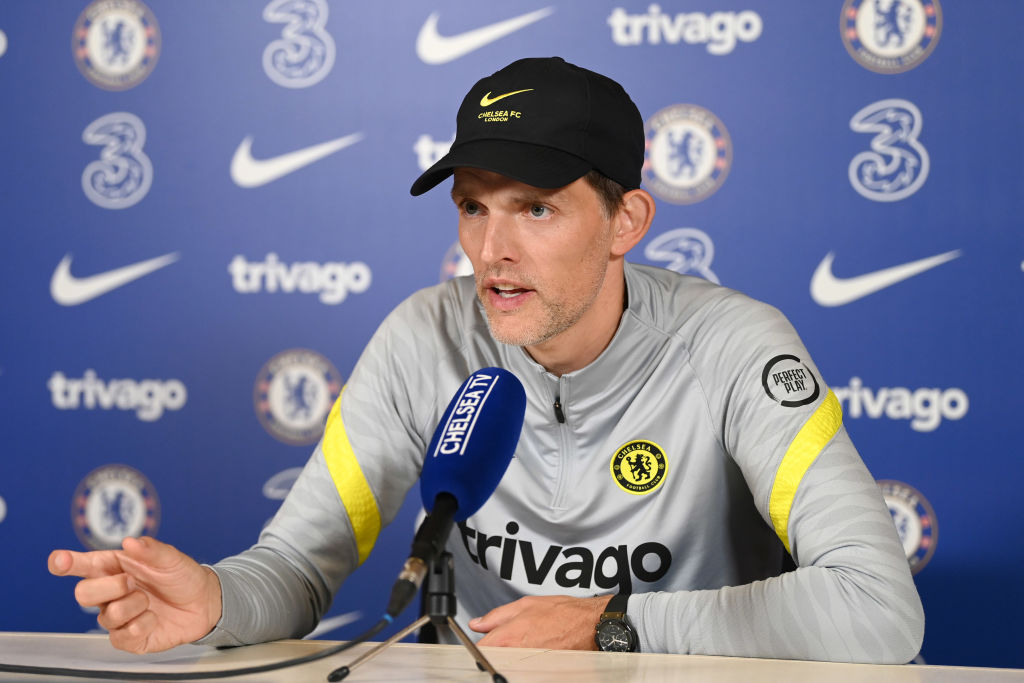 Thomas Tuchel has admitted he expected Harry Kane to join Manchester City in the summer.

The Chelsea boss revealed he never had any serious ambition to try to sign the Tottenham talisman, especially given the strong links to the Premier League champions.

Pep Guardiola’s City pushed all summer to recruit Kane but never came close to striking a deal with Spurs.

Chelsea will head to north London on Sunday to face Kane and Tottenham, with Tuchel offering compelling insight into the summer’s biggest transfer that never was.

Asked about City’s attempts to sign Kane, Tuchel replied: ‘I thought that this would happen.

‘We never had a list with his name on it and I never went to (Chelsea director) Marina (Granovskaia) to tell her to buy him. But the club sorted out the situation. There are many people around players, their agents and advisors and people in between and we had some information from these people.

Manchester City’s main Premier League rivals can be forgiven for breathing a sigh of relief that they missed out on Kane.

Tuchel insisted he would not number among that rank however, revealing the football fan in him would like to see top stars like Kane able to stay one-club men for their full careers.

‘We are not afraid of anyone. We accept any team and Manchester City, Man United and Liverpool, they are the teams strong like no other in this league and they have strong squads.

‘These are the guys with whom we want to compete and it’s normal that they fight for the best players and I thought this is maybe going to happen.

Harry Kane is Tottenham and even for me I have absolutely nothing to do with Tottenham, I have never worked for them, when I think about Tottenham in the last decade you think about Harry Kane and this is very nice.

‘Like you think about (Lionel) Messi and straight away you think about Barcelona and it is very hard to think that he plays for another club now, and that’s the same for Harry Kane.

‘So from this side I was happy because I like it and a part of my personality is still a fan and I like that things like this happen.

‘It is also nice that Romelu Lukaku is back at Chelsea and some things are a good fit and should not be changed.’