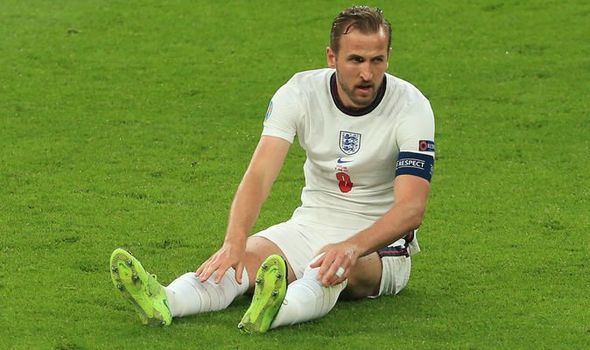 Harry Kane spelled out before England’s sleepy-eyed, wake-up call against Scotland that he regards reaching the Euro 2020 semi-finals as a bare minimum for his side. They will not do so unless he springs to life.

The substitution of the England captain for the second game running against the admirable Scots underscored his underperformance at this tournament so far.

Much was made ahead of it on England’s embarrassment of creative riches but one goal in two matches is a source of concern. Kane is their primary goal source but has delivered a resounding raspberry so far.

In 155 minutes on the field at Wembley he has managed just three goal attempts, two of which went wide and one of which was blocked. There has been nothing on target which, for Kane, over a span of two matches is almost unheard of.

It isn’t as if he is making up for his lack of effectiveness in front of goal in other areas. A largely anonymous Friday evening against Scotland saw him touch the ball just 19 times.

Something is missing. There are three possible explanations.

DON’T MISS: England and Scotland draw shows Southgate may have another Rooney