Unstructured, chaotic and bloody good fun. No doubt Chelsea’s 3-1 victory over Southampton was everything Thomas Tuchel is against. But even as one of the best organisers in Europe, perhaps even the Chelsea manager may accept this engaging fixture simply for the nourishment it brought.

Not just for the soul, who for all beyond those with Southampton allegiances will have enjoyed a rough and tumble encounter of high quality and contention. But also for a Chelsea side who responded to successive defeats with a fifth Premier League win of the season.

A disallowed goal, an iron-clad penalty and a reassessed red card – the latter two both involving James Ward-Prowse, who scored the equalising spot-kick and was then given his marching orders 16 minutes later – were notable moments involving Martin Atkinson. The referee was booed at half-time for the first before receiving a hero’s welcome for the third.

The best ovation, however, was saved for Timo Werner. Having been on the wrong end of the goal chalked off in the first half, which would have added to Trevoh Chalobah’s ninth-minute opener, he tapped in to reassert Chelsea’s lead six minutes from time. Ben Chilwell then added the garnish on what, all told, was an important, hard-fought win.

All crises are relative and, as far as Chelsea’s go, losing consecutive games in tame fashion is no doubt their toughest period so far under Tuchel. But when you’re the defending European champions, defeats to the current Premier League holders Manchester City and Juventus in the Champions League can be taken with pinches of salt. Nevertheless, the three points here means the international break will bring comfort rather than introspection.

Chelsea’s are very much first-world problems set against Southampton’s. A third league defeat for Ralph Hasenhuttl’s Saints means their winless start to the 2021/22 season goes on. Moreover, this is their 18th defeat out of 29 league games this calendar year.

Changes were necessary for the hosts given the laboured nature of both their performances over the last eight days. So it was no surprise Tuchel looked to remedy matters, particularly their tedious forward progression, with “legs” across the pitch. At the business end, Werner and Callum Hudson-Odoi came in to give Romelu Lukaku company after finding himself isolated against both City and Juventus. 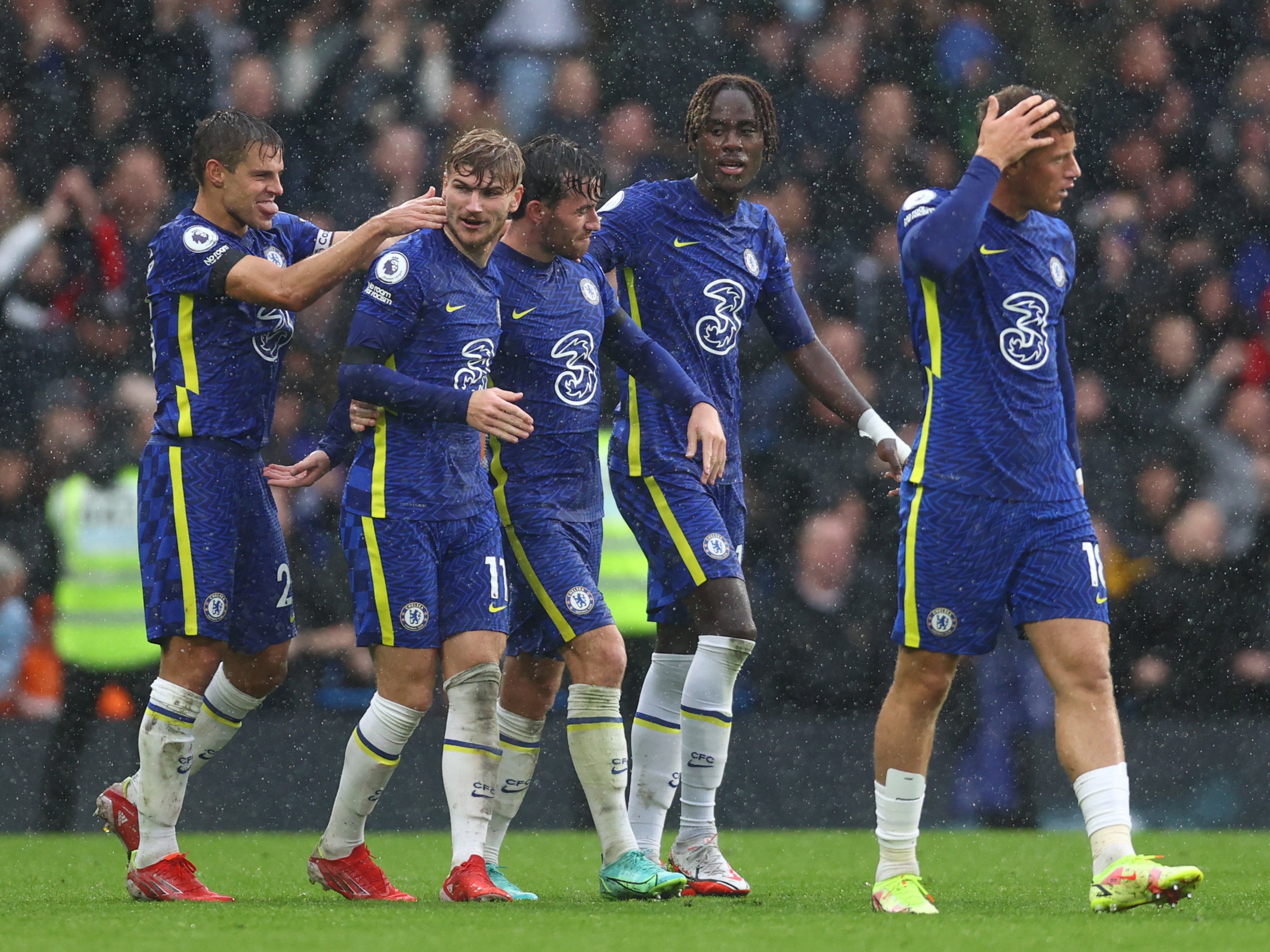 The key, though, would be more energy further back. Ruben Loftus-Cheek and Ben Chilwell were expected to offer both, especially with Mason Mount’s recovery from an ankle injury only adequate enough for a spot on the bench (he would play the final 25 minutes).

Indeed it was those two who play a key part in the first goal of the game. Chilwell’s corner was glanced to the far post by Loftus-Cheek, finding Chalobah who stooped low to convert before the minutes had ticked into double figures.

At the time, it was largely against the run of play. Two of Southampton’s four points have come with spirited displays against Manchester United and Manchester City. Indeed, the idea they occupy a “false” position in the table given the calibre of opposition faced early on was given credence by a sharpness with and without the ball.

They pressed high, winning possession high up and having the odd near miss, such as when Nathan Redmond should have taken the ball off Edouard Mendy’s toes in the opening five minutes. Just past the half-hour, Theo Walcott headed over and wide from the edge of the six-yard box after Kyle Walker-Peters had jinked back and forth before crossing from the byline.

Walker-Peters was then at the centre of the afternoon’s first major talking point when he was eventually adjudged to have been fouled by Azpilicueta. The moments that followed – now discarded into the VAR ether – saw Hudson-Odoi stand a cross up for Werner to head in at the back post. Martin Atkinson was urged to check again and noted the earlier infringement. 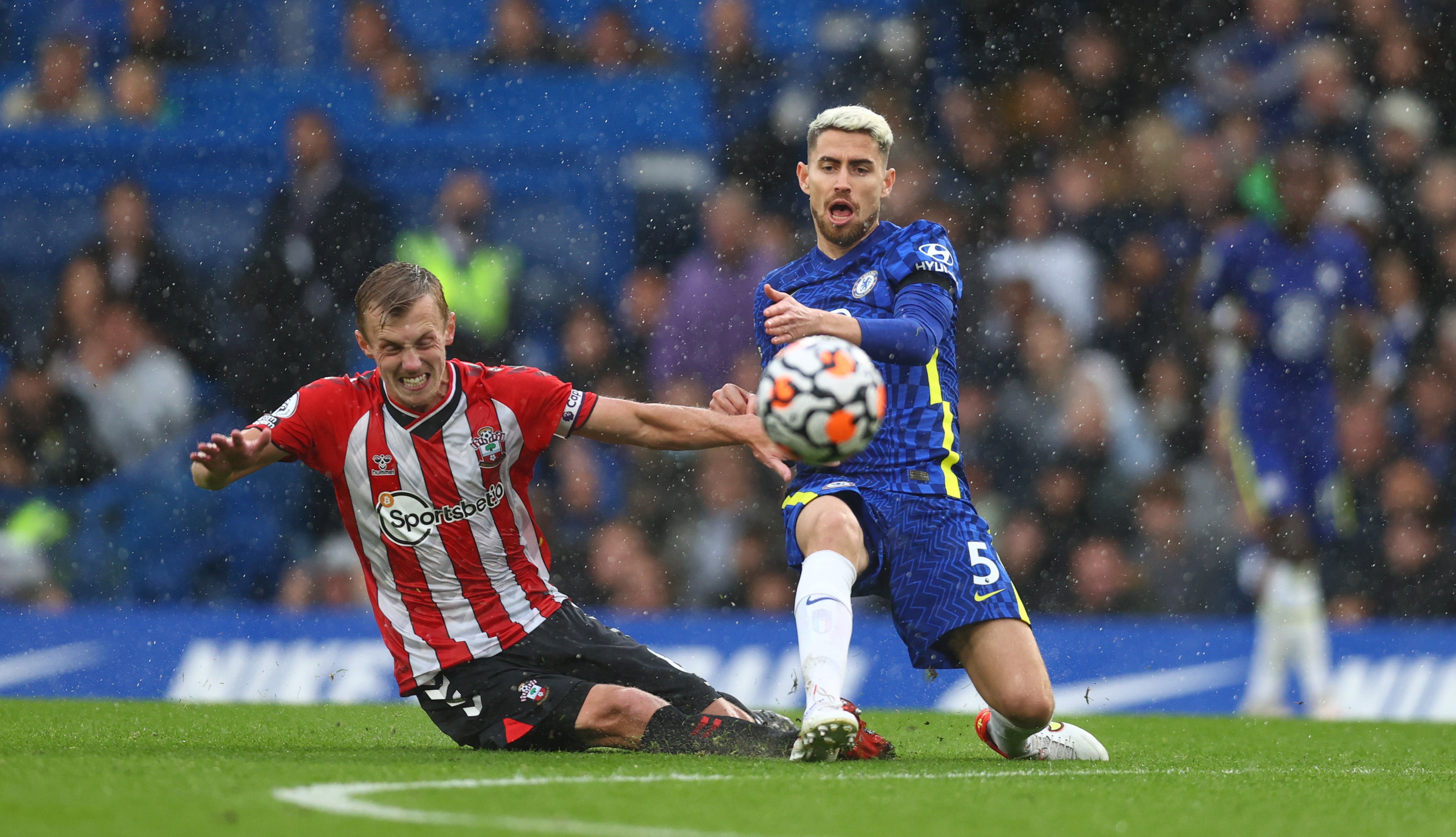 Thankfully, the penalty was much more clear cut. Chilwell’s impatience saw him lunge into a tackle on former Chelsea youngster Valentino Livramento who was too quick for his opposite No 21. Ward-Prowse stepped up to send Mendy the wrong way and give Southampton what they deserved and their fans what they craved.

With 30 minutes to go, a barnstorming finish was on the cards. And for 17 of them, that’s how things panned out. Chelsea raised their intensity though looked more frenetic than their opponents, who always carried a threat through Adam Armstrong’s industry, accompanied by quality from Livramento without having to commit too many forward, be it counters or their own manufactured attacks.

But Ward-Prowse’s red card on 77 minutes for a studs-up slide tackle that could have done serious damage to Jorginho’s standing leg nipped that in the bud. With the extra man advantage, Tuchel sent on Ross Barkley who used the extra space and a retreating backline to spray a perfect ball out wide to Azpilicueta. A first-time volleyed-cross skidded along the slick turf and was met sharply by Werner, who tapped in and continued his late run to bask in the acclaim of the Shed End. 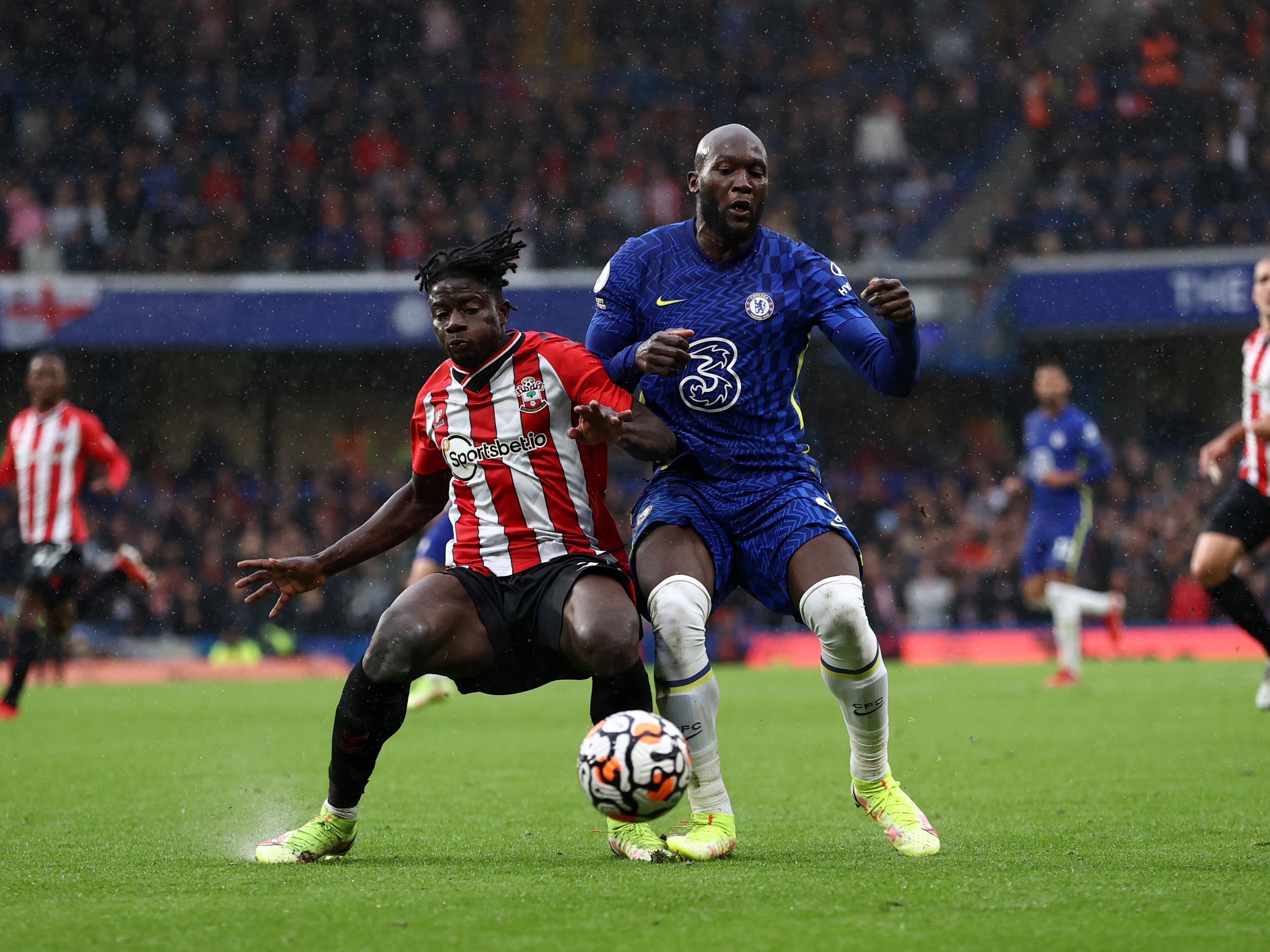 The only question in the final six minutes was by how many Chelsea would win. Southampton looked spent, powerless to stop the ball pinballing off the frame of the goal for what eventually was the third. Mount’s pull-back was struck off the post by Lukaku, before Azpilicueta hit the same one from the follow-up.

With the ball bouncing out to the left, Chilwell connected with a superb volley that McCarthy clawed out. Unfortunately for the keeper, who had kept his side in it, the ball had crossed the line by the time he had made his save.

It was, in those wild few seconds, a microcosm of the wider game. Plenty of valiant endeavour from Southampton but, ultimately, Chelsea were just too persistent.