Tomori, Guehi, Toney, Abraham and Bowen are OUT of England’s World Cup squad, with White, Wilson and Rashford expected to be included as Gareth Southgate whittles down his 26-man list before full announcement today

Fikayo Tomori, Marc Guehi, Ivan Toney, Tammy Abraham and Jarrod Bowen have missed out on the England squad for the Qatar World Cup.

Three Lions manager Gareth Southgate is set to name his official 26-man squad for the tournament later on Thursday.

But AC Milan’s Tomori and Crystal Palace’s Guehi – both highly rated young centre halves – will not travel, with Kyle Walker and Ben White expected to be named among the centre back options. West Ham winger Jarrod Bowen is omitted also.

Roma striker Abraham, meanwhile, has paid the price for poor form with his club, with Brentford’s Ivan Toney also out. Newcastle’s Callum Wilson is in contention to act as deputy to England captain Harry Kane up front. 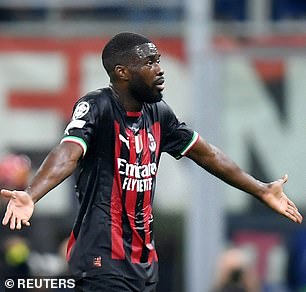 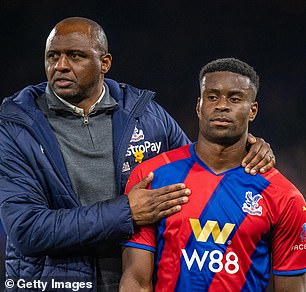 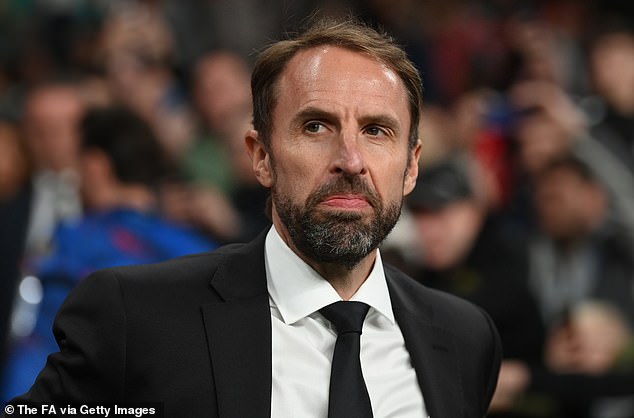 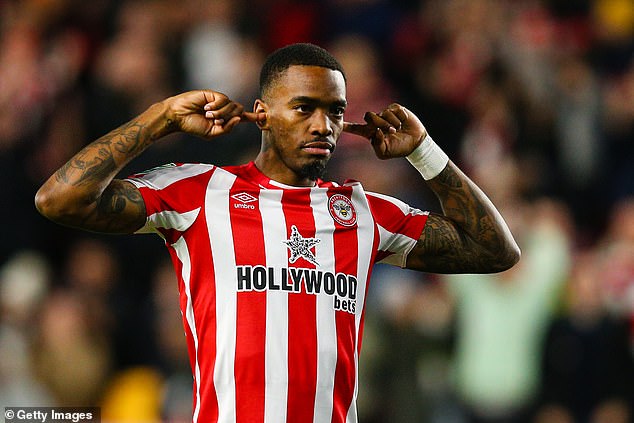 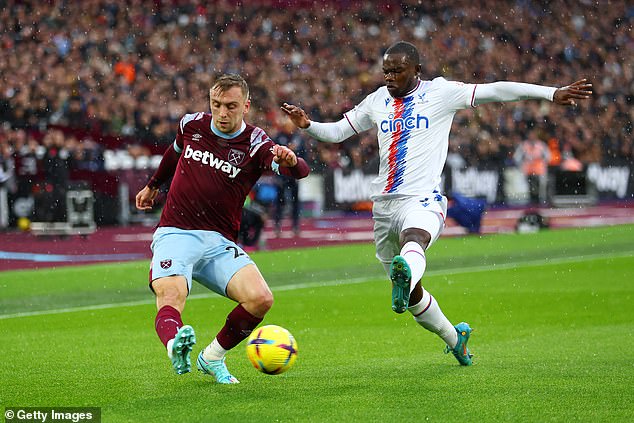 West Ham winger Jarrod Bowen, in poor form this season, misses out on the squad as well

Walker is set to be included in Southgate’s squad announced on Thursday after recovering sufficiently from groin surgery.

The Manchester City defender is vital to Southgate because he can play as a right back in a back four, or at centre back in a back three should the England manager want to switch formations.

Walker, 32, has not played since picking up a groin injury in City’s 6-3 victory over Manchester United at the start of last month. His return to fitness is a huge boost to Southgate ahead of England’s opener in Qatar against Iran a week on Monday. 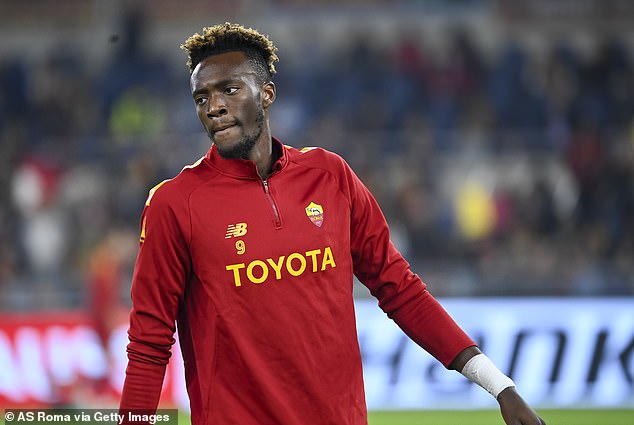 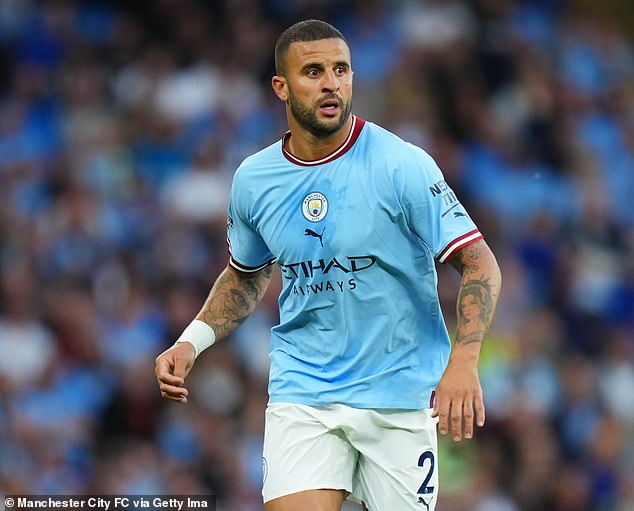 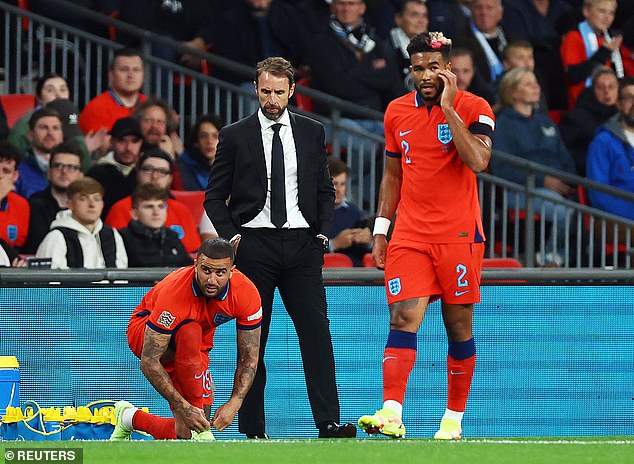 Gareth Southgate (centre) is set to pick the Manchester City star despite him still recovering, especially in light of Reece James (above, right) missing out on the tournament through injury

Walker’s club-mate Kalvin Phillips is also set to be named in the squad despite a recent shoulder operation.

He had only played 14 minutes of football this season before Wednesday night’s Carabao Cup tie against Chelsea, but became a regular under Southgate as England reached last summer’s European Championship final.

James Maddison is set to miss out despite his scintillating form for Leicester City and is fearing the worst, but Manchester United forward Marcus Rashford is in a strong position to win a recall.

Chelsea full back Reece James misses out after failing to recover from a knee injury. ‘Devastated,’ he wrote on social media. ‘The minute I injured my knee, I knew the turnaround to make the World Cup would be tight, but I always felt it was possible.

‘I’ve worked harder than I ever thought I could to give myself the best chance of going and truly believed I could help the team. There was risk on both sides, but it was one I was willing to take. Good luck to the boys. I’ll be back soon. Stay safe and sending love.’

White is also in contention for a place in the squad after a series of excellent displays for Arsenal at right back. The defender’s versatility is an attraction for Southgate, but if White, who can also play in central midfield, is selected it will be on merit after a fine start to the campaign.

Despite being left out of Southgate’s previous squad, White has remained in close contact with the England camp, raising optimism he will be picked in James’s absence. 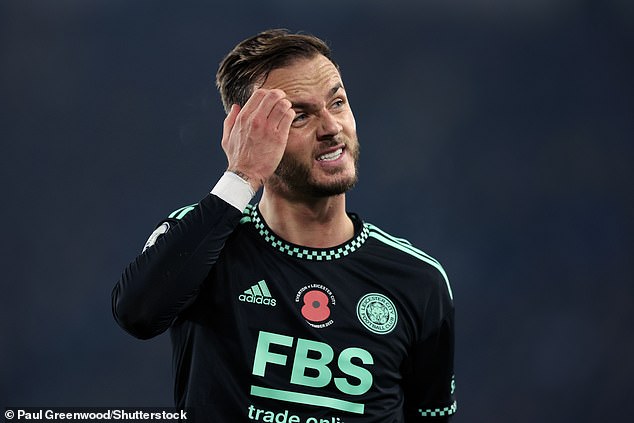 But despite showing excellent form, James Maddison is set to miss out for Leicester City 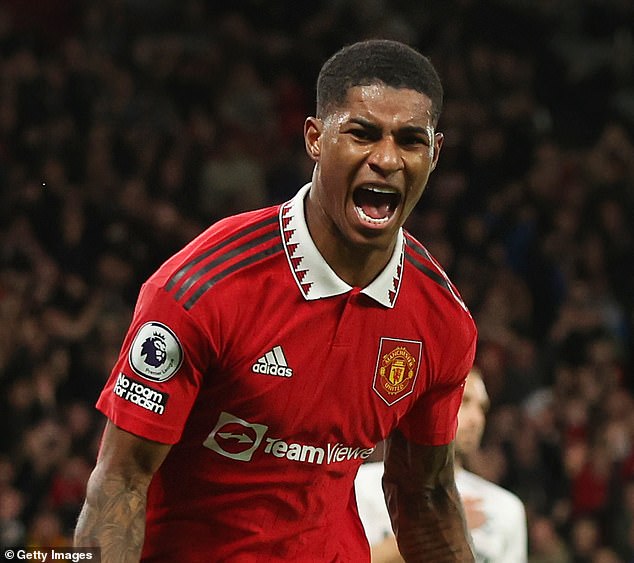 Ben Chilwell’s omission with a hamstring injury leaves Southgate without any experienced cover for Luke Shaw at left back, which could work against White.

But Kieran Trippier, who is likely to start the tournament as first-choice right back, can also play at left back, which opens the door to White’s selection — though Ryan Sessegnon, Tyrick Mitchell and Ashley Young were both named in England’s extended 55-man squad.

In attack, Rashford’s return to form at Manchester United is well-timed amid concerns about England’s striking options behind captain Harry Kane.

Rashford has not been selected since 2021 due to a loss of form but Southgate is an admirer of the forward.

Phillips, a key figure in England’s run to the European Championship final last year, has recovered from shoulder surgery and is available for selection. 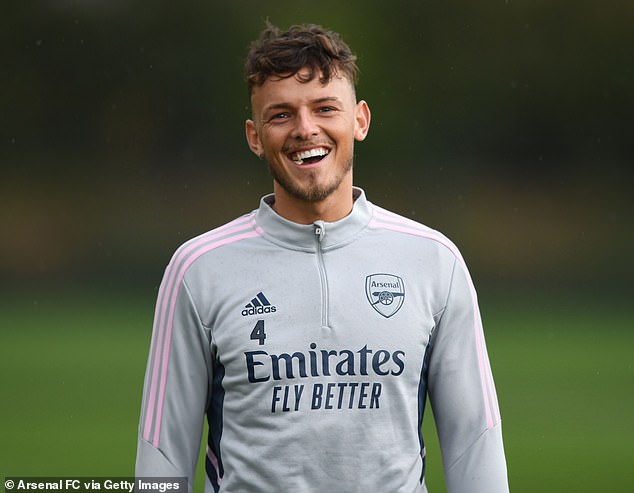 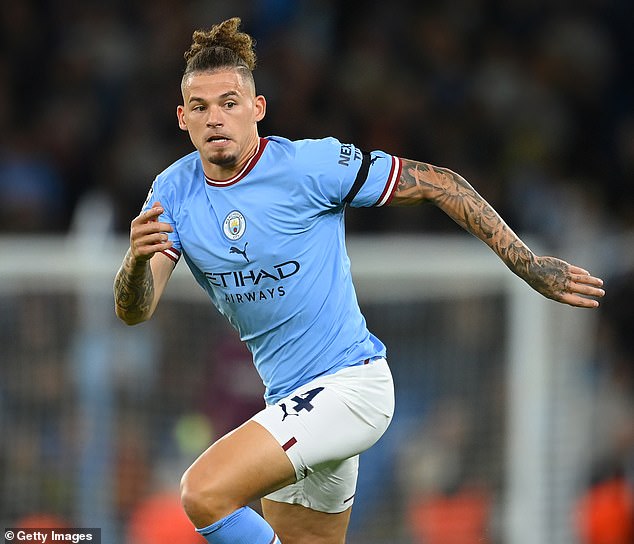 There is a growing sense the central midfielder will be included, despite getting just 14 minutes of action this season.

Tammy Abraham, Ivan Toney, Jarrod Bowen and Callum Wilson will all be desperate to avoid disappointment as well when Southgate finalises his options up front.

England long shot James Justin will not be going to Qatar after suffering an achilles injury in Leicester’s win over Newport on Tuesday.

Goalkeeper Dean Henderson, who was selected in the previous squad, is also set to miss out to make way for fit-again Jordan Pickford.