Returning Everton Women forward Toni Duggan sees no reason why the club cannot fulfil their ambition of qualifying for the Champions League.

The 29-year-old has returned to the Women’s Super League (WSL), four years after she left Manchester City for spells in Spain with Barcelona and Atletico Madrid.

Duggan now believes that Everton, the club where she began her senior career in 2007, are primed to challenge the domestic dominance of Chelsea, Arsenal and Manchester City. “We have not hid away from that, I think you have heard (Everton manager) Willie (Kirk) speak about it as well – that is the aim,” Duggan told Sky Sports News.

“We want to break down the teams like Chelsea, Arsenal, Man City.

“They have had many years building the team, and they have been really successful over the past few years. Everton are at that stage now to take the next step.”

The 76-cap England international rejoins an Everton side who finished fifth in the WSL last season, 16 points off Arsenal in the third and final Champions League spot. 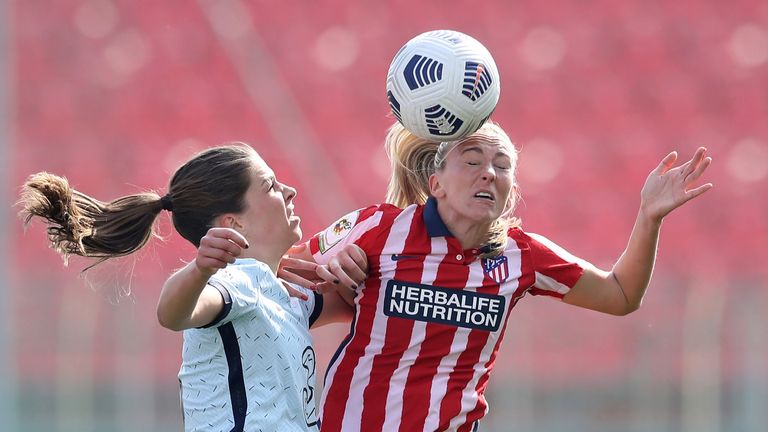 However, she acknowledges that they also face a battle just to finish above Manchester United, who missed out on qualification themselves by a point.

“You will also look at the likes of Manchester United, they are trying to break into that as well,” Duggan added.

“It is going to be a difficult year, we know that, but I don’t think we are going to shy away from saying our ambition is to be in the Champions League.

“I feel that is where Everton Women’s football club belongs.”