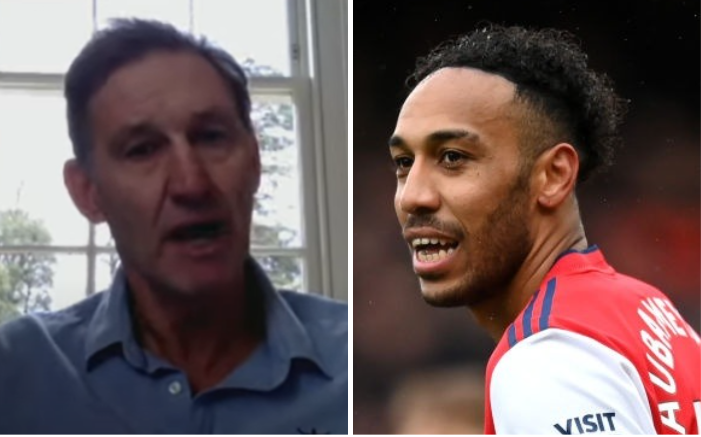 Tony Adams has urged Mikel Arteta to take a leaf out of Arsene Wenger’s managerial handbook and drop his captain Pierre-Emerick Aubameyang.

The Gabon international appeared to have rediscovered his best form earlier this season, but the 32-year-old has now gone four games without a goal following another meek display against Newcastle on Saturday.

Leading the line in the absence of Alexandre Lacazette, Aubameyang struggled to make an impact and staked his claim for the miss of the season when he somehow struck the post when just four yards out from a virtually unguarded goal.

He told Stadium Astro: ‘You’ve got the Aubameyang question where he’s not scoring, he’s not firing on all cylinders and you’ve got people like Lacazette.

‘Do you actually take Aubameyang out of the team and give Martinelli a run or Lacazette a run and say I’m going to take you out?

‘Arsene Wenger would have done. He would have looked after the physiology of his player. I can’t remember how old he is but he’s getting on now, he’s a forward, he’s out of form goalscoring-wise.

‘It might be best to give him a rest for a few weeks and then in the New Year, last six months. he can give me a good run.

‘The team is doing alright at the moment. If you just want an out and out goalscorer Lacazette is the man he is a fantastic finisher and he could quite easily do Aubameyang’s position with Martinelli backing him up.

‘There could be a cause for taking him out of the team at the moment.’