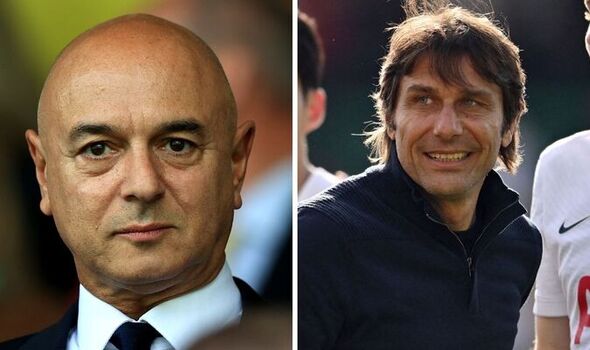 Tottenham’s board are reportedly willing to let Antonio Conte ‘lead’ the club’s transfer plans this summer with the Italian coach set to sit down with club officials this week. Spurs were outsiders for a top-four spot only just a couple of weeks ago as Arsenal appeared to be the favourites.

But Tottenham’s win over their north London rivals was followed by another defeat for Arsenal against Newcastle, which turned the top-four race on its head. The Gunners wrapped up the season with a 5-1 win over Everton, but Tottenham got the job done against Norwich to secure their place in next year’s Champions League.

Now attention quickly turns to the summer transfer window where Conte has made it clear on a number of occasions that he wants to make changes. Tottenham managers over the years have often struggled to wrestle for full control on transfers.

Mauricio Pochettino often came out and criticised the board, admitting Daniel Levy had the final say on transfers. That often led to Pochettino having to accept transfers where he did not have as much input as he would have liked.

But Conte looks set to get exactly what Pochettino wasn’t afforded throughout his five-and-a-half years at the club. According to Football London, Conte will have a meeting with the Tottenham board in a few days to discuss plans going forward.

And it is claimed that Conte will get the ‘full backing in the transfer window’ from Tottenham’s hierarchy. More importantly though, they’re reportedly willing to let both Conte and Fabio Paratici work together to take the ‘lead’ on their transfer plans.

The report adds that Tottenham will be aiming to get their business done early in the window, as opposed to the previous strategy of holding off until the final few weeks. Conte wants most of his business done before the pre-season tour in South Korea.

Tottenham players will head out on a break for a few weeks, although many will be included in international matches. There are several international friendlies taking place at the start of next month with the Premier League transfer window opening officially on June 10, although international deals will go through on July 1.

Spurs will head out to South Korea as part of the Coupang Play Series soon after, with their first game against Team K-League taking place on July 13. Sevilla have since been confirmed as the second opponents for Tottenham as part of the same tour with the game taking place three days later.