Tottenham boss Jose Mourinho has announced that Harry Kane is going to return from injury and start against Manchester United on Friday. Spurs will take on Mourinho’s former team United at the Tottenham Hotspur Stadium in a crucial match as both sides are battling for a top-four spot in the Premier League table. 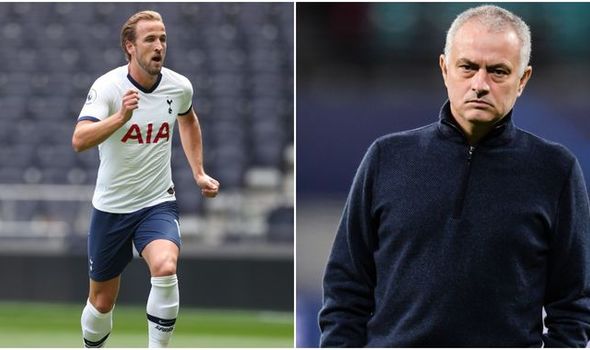 Kane suffered a hamstring injury on New Year’s Day and looked set to spend the rest of the campaign in the sildelines but the competition’s three-month suspension due to the coronavirus pandemic has allowed him to return to full fitness and help his team qualify for the Champions League.

The Portuguese manager has already decided to include him in his starting line-up but doesn’t know yet if he will play for 90 minutes.

Mourinho said: “He is working extremely well, I can tell you no problem he is going to start the game. 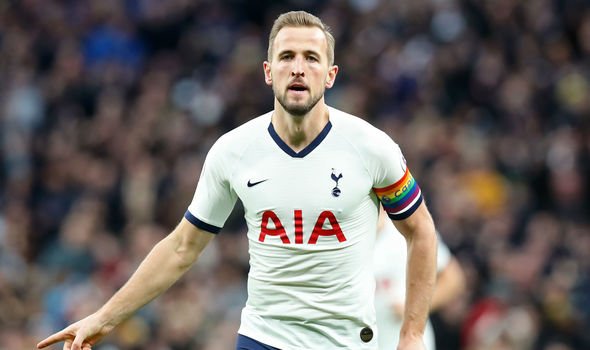 “Is he in his top form? We don’t know. It is not a little training session. He’s had around six months without playing a football match.

“But he has worked extremely well, he is an amazing professional and is going to start tomorrow.”

Mourinho also announced that Son Heung-min and Moussa Sissoko will also feature in his starting line-up.

Tottenham stars Son and Sissoko will be returning to action after suffering an arm and knee injury respectively.

Mourinho is focused on a top-four finish which won’t be easy as Spurs are eighth in the Premier League table with seven points separating them from fourth-placed Chelsea.

The ex-Chelsea boss, however, refuses to give up hope even though he insists he is taking the Premier League restart one game at a time.

Mourinho added: “It is a strange battle to fight but at the same time it is a great challenge and a great motivation.

“I will try not to look at that points difference. That is why I cannot tell you exactly the difference in points we have to our opponents.

“We have to look to this incredible challenge in the way that every game we will try to win.

“At the end of the nine matches we will see what we did and what our opponents did. Normally in these fights you don’t have to depend as much as we do on our direct opponents. That is really difficult.

“But let’s focus on one match at a time. Tomorrow it is Manchester United, the points are there to fight for and that is what we are going to do.”

Fans may not be allowed into grounds until the New Year