Tottenham boss Jose Mourinho is confident Harry Kane will get over the knock he sustained against Dinamo Zagreb in the Europa League in time for the north London derby on Sunday. Kane went down holding his knee with six minutes to go on Thursday night.

The England international had scored once in each half to give Spurs a healthy 2-0 lead.

However, Mourinho quickly withdrew Kane from action as soon as the striker hit the deck.

The 24-year-old was holding a large ice pack on his right knee once he took his place on the bench.

But Mourinho does not think the problem is serious and he backs his star man to play through any potential pain this weekend.

“Harry I don’t believe is anything big,” Mourinho said. “Sunday is a match everyone wants to play and little things will not stop him. 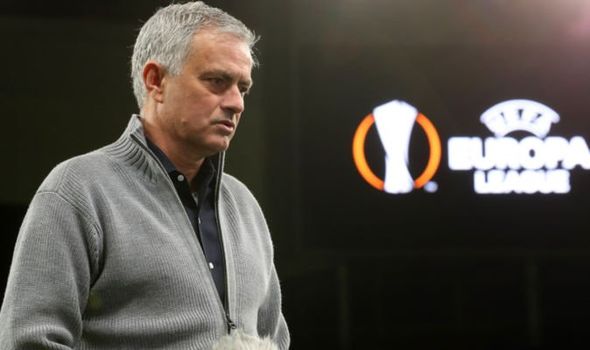 “I don’t have the feeling it is anything serious.”

Kane was on top form and was the key attacking threat as Spurs gained control of their Europa League last-16 tie.

“He is doing everything,” Mourinho added. “He is doing the striker job of scoring goals, the team work of creating space and linking play and the extra work not many strikers do in defence.

“He helps us a lot. He has an incredible number of clearances from crosses and corners. We couldn’t be happier.

“I gave a rest to many of the players and am so happy with what Vinicius is giving us. But with Harry on the pitch it is a different story for us.”

Regarding the win over Zagreb, Mourinho said: “I believe one more goal would be a good reflection of the game and would put us in a much better position.

“But before the game if you asked if 2-0 was a good result I would say. It is only a good result if we do the job there. It will be a difficult match.

“At home they will feel more comfortable to have a go with nothing to lose.” 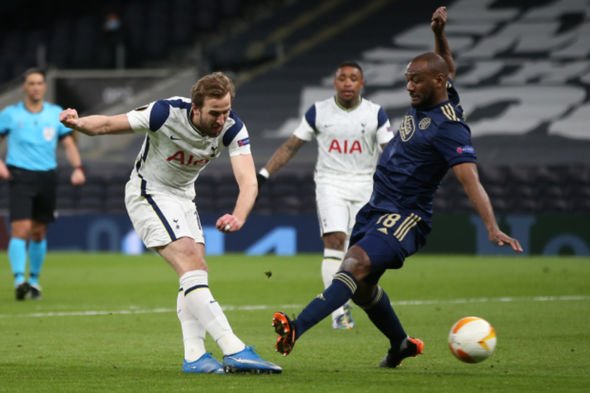 Tottenham goalkeeper Hugo Lloris added: “Clean sheet is a satisfaction. It is good for us. 2-0 is a good result. We could have scored one more but we are happy. We know how it will be there. It is not done, just half-time.

“He is just enjoying his football. As we can see he attracts the ball. Lamela made an amazing job for the first goal and Harry was there at the right time to score. His second gives some relief to the team before the second leg.

“We had some ups and downs in the season but we come into an important period now and it is good to feel the players are ready to help the team. If we work well as a team we will give our talent more power to make the difference.”