Tottenham look set to seal the signing of Wolves right-back Matt Doherty at a bargain price of around £15million. Spurs have been keen on the right-back since the start of the window but have kept their interest discreet.

It’s believed that Tottenham started the bidding earlier this week at around £12m.

That approach was rebuffed but the two clubs now look set to shake hands on a deal worth around £15m.

It comes as a huge surprise that Wolves are willing to let their experience right-back leave this summer.

The Republic of Ireland international has played over 300 games for the club having joined from Bohemians in 2010 for £75k. 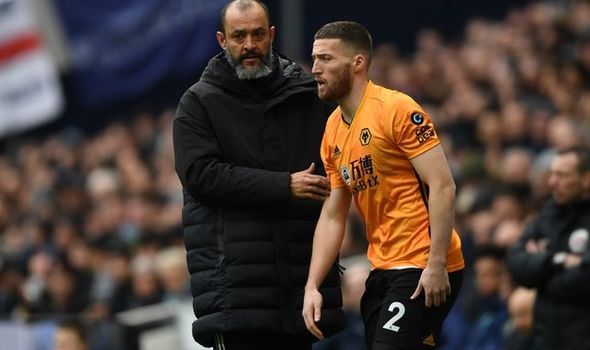 Doherty also qualifies as a homegrown player, which has been another key factor in Spurs’ decision to press on with the deal.

The club are keen to bring in players with Premier League experience, as shown by the signings of Pierre-Emile Hojbjerg and Joe Hart.

The Tottenham hierarchy had been keen on a deal for Norwich full-back Max Aarons.

But Mourinho is said to have raised reservations surrounding his height.

RB Leipzig’s Nordi Mukiele was also of interest to Spurs but that has now gone quiet.

Serge Aurier looks set to follow Kyle Walker-Peters, who joined Southampton, out of the door with Monaco, AC Milan and Leverkusen interested.

Mourinho was full of praise for Doherty and his Wolves team-mates when Spurs escaped Molineux with a last-gasp 2-1 win last December.

“They move the ball fast. Jonny [Otto] and [Matt] Doherty, they project the way they want.

“Adama and Diogo [Jota]? I don’t want to speak about them because I get tired seeing them run.” 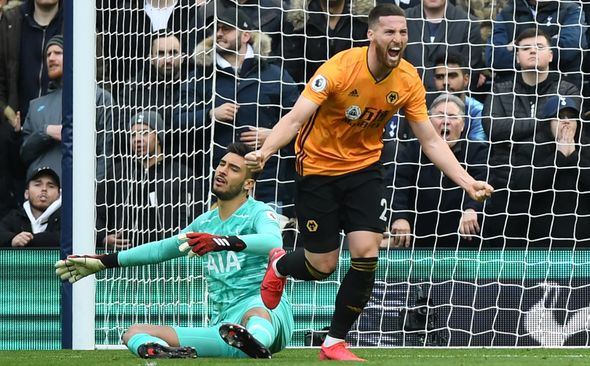 Meanwhile, Wolves may be about to replace Doherty with Ainsley Maitland-Niles.

The utility man has played at full-back for the past few years at Arsenal but wants to return to midfield.

Wolves though see him as a potential option at wing-back and Nuno Espirito Santo is a fan of his versatility.

The Black Country outfit have had an offer of around £15m rejected for Maitland-Niles but are expected to return with a second bid.