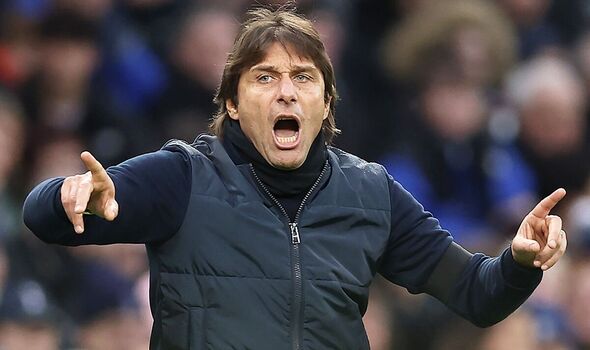 Tottenham are reportedly interested in Lecce midfielder Joan Gonzalez. Spurs are claimed to have scouted the 20-year-old on several occasions and are now following his progress closely.

Antonio Conte is yet to make a signing in the January window. The Italian is keen on adding to his squad, with a right wing-back one of his priorities.

An attacker and a goalkeeper are also said to be on the north London club’s radar. But they may also be looking towards the future with their interest in Gonzalez.

Calcio Mercato claims Tottenham are one of a host of clubs keeping an eye on the Spanish central midfielder. AC Milan and Napoli have both made contact over a potential deal, as have Borussia Dortmund.

Both Dortmund and Spurs are claimed to have been to Italy on several occasions to scout the player. Lecce would demand a transfer fee of at least £13.2million (€15m) for Gonzalez, who has been a regular starter in his first season in senior football.

He first joined the club in 2021 after a couple of years in the Barcelona academy. He only made his senior debut last August but has since started 15 of Lecce’s 17 Serie A matches, coming off the bench in the other two.

Gonzalez has one goal and two assists to his name so far. He signed an extension to his contract in December, penning a deal until 2027.

Aside from Gonzalez, Pedro Porro remains Conte’s top wing-back target. The Evening Standard claims Conte is not convinced by either Emerson Royal or Matt Doherty and wants to upgrade in that position.

However, Sporting are still demanding Porro’s full release clause of just under £40m is paid. Conte also wants to bolster his attacking resources with a forward, following the absence of Richarlison of late.

Harry Kane and Son Heung-min both had to start the FA Cup tie against Portsmouth on Saturday due to a lack of senior options in reserve. Meanwhile, Conte is on the look out for a long-term successor to Hugo Lloris.

Lloris has come under some criticism for his performances of late. The 36-year-old this week retired from international football after losing the World Cup final with France in Qatar.

Tottenham are next in action this Sunday against north London rivals Arsenal. Spurs haven’t lost at home to the Gunners in the league since 2014.