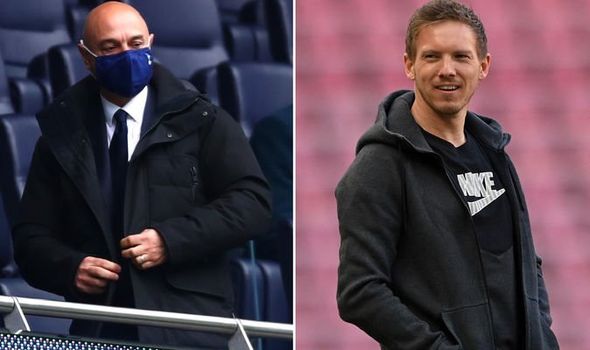 Tottenham would have to pay as much as £17.3million (€20m) to make Julian Nagelsmann their next manager after the sacking of Jose Mourinho earlier this week, according to reports from Germany.

Mourinho was axed after 17 months in charge on Monday despite Spurs having a Carabao Cup final against Manchester City at Wembley this Sunday.

Daniel Levy said in a statement: “Jose is a true professional who showed enormous resilience during the pandemic.

“On a personal level I have enjoyed working with him and regret that things have not worked out as we both had envisaged.”

Ryan Mason is taking charge until the end of the season but the interim head coach’s inexperience at first-team level may count against him for the permanent position.

Asked in his first press conference about taking the job full-time, the former Spurs under-23 boss said: “It’s a bit of a cliche but I only knew I was taking training yesterday. It’s the last thing on my mind. 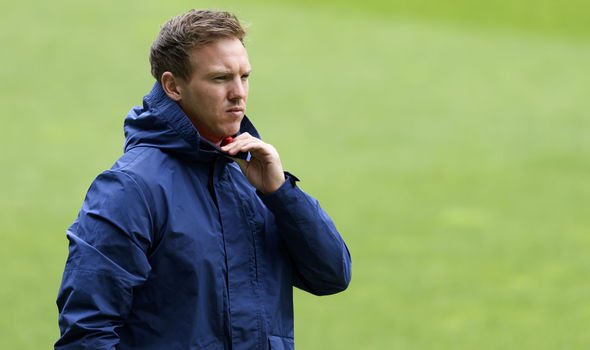 “All my focus at the moment is preparing for a game tomorrow. After that it’ll be preparing for the next one, and so on. It’s the last thing on my mind.”

RB Leipzig manager Nagelsmann is among the most exciting candidates for Spurs with Daniel Levy having shortlisted him alongside the likes of Ajax’s Erik ten Hag and Leicester boss Brendan Rodgers.

But he won’t come easily – or cheaply, per reports. Leipzig know in the 33-year-old that they have one of the most highly-rated progressive coaches in world football.

The German had three impressive seasons with Hoffenheim, finishing a club-best third in 2017-18 though they fell to Liverpool in the last round of Champions League qualifying the next year, before linking up with Leipzig in 2019.

Nagelsmann led Leipzig to the semi-finals of the Champions League last season, in just his first year at the Red Bull Arena, and has the club sat second in the Bundesliga at present. 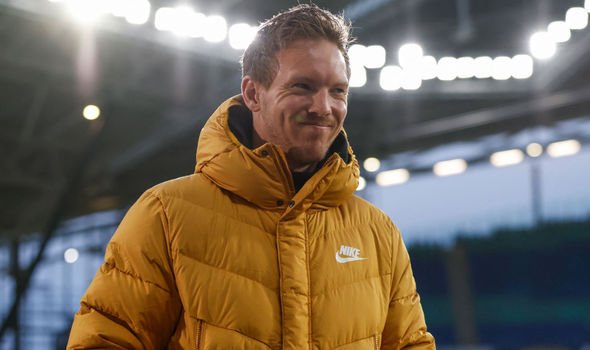 As such, the Red Bull-owned outfit – who were only founded in May 2009 – are desperate not to lose their attack-minded manager, who is under contract until 2023.

So much so, German outlet Sport1 say Leipzig will demand between £13m (€15m) to £17.3m (€20m) to cut ties with Nagelsmann, who is also linked to Bayern Munich who like Spurs may have a managerial opening this summer with Hansi Flick wanting to leave.

That would represent an extraordinary sum for a manager with it mentioned by Sport1 that by contrast Borussia Monchengladbach will pay £6.5m (€7.5m) to take Adi Hutter from Eintracht Frankfurt in the summer.

Similarly, Borussia Dortmund have agreed to give Gladbach £4.3m (€5m) to take Marco Rose from Borussia-Park at the end of the season.

That fee of compensation may be enough to put Spurs off given the financial impact that the coronavirus pandemic has had on the club, which motivated their sign-up to the failed European Super League project.

However, it is claimed that Leipzig already have several unnamed replacements in their sights if they do lose Nagelsmann.

Speaking about his future recently amid links to Bayern, the Leipzig boss said: “There were no talks and there are no talks between me and Bayern Munich. [It is the] same for my agents.”

While Mason, after overseeing Spurs’ 2-1 come-from-behind win over Southampton on Wednesday evening, said: “It’s mad. I was the first ever manager here with the under-18s against Southampton and then to come back here as a first-team coach and get a win as well, it’s a great feeling.

“The effort, the guys gave absolutely everything. We deserved to win the game so very, very happy. We were fully committed, brave, aggressive. The right team won.”

Aston Villa 1-2 Leicester: Brendan Rodgers’ side up to second in Premier League