Tottenham are going to great lengths to sign transfer target Philippe Coutinho in the upcoming window and are even willing to pay the Barcelona star the same wage as Harry Kane to bring him to the north London club this summer.

Coutinho is currently on a season-long loan spell at Bayern Munich, but the Bundesliga club appear unwilling to trigger the option to sign the player permanently for £110million.

As a result, the 27-year-old is set to return to Barcelona this summer, but his stay at the Nou Camp could be brief as a host of clubs are battling it out for his signature.

Coutinho struggled to win over fans in Barcelona since joining from Liverpool for £142m in January 2018.

The Catalan giants would ideally like to sell the playmaker this summer for around £80m, however, given the state of the current market and that the player is under contract until 2023, another loan deal appears likely. 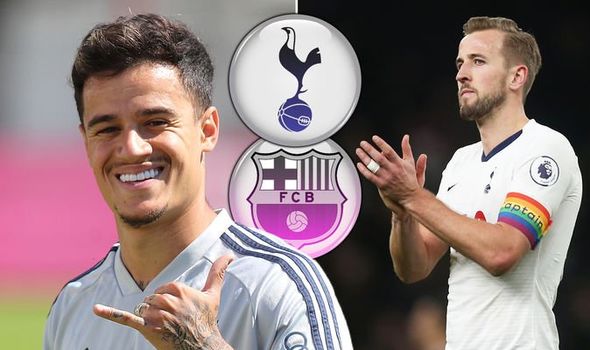 Barcelona appear willing to let Coutinho leave if a team is willing to pay a £10m loan fee, plus cover all of his £250,000-a-week wages.

Tottenham are not alone in pursuing the attacking midfielder, with Chelsea, Manchester United, Arsenal and Newcastle United all interested in securing his services next season.

However, Spurs are willing to offer to pay Coutinho the same wage £200,000-a-week wage that Kane currently earns.

And while player’s agent Kia Joorabchian had made it clear Coutinho is keen on a return to the Premier League, it remains to be seen whether Spurs’ offer will be enough for Barca.

“Everything is a possibility. After the Champions League game he played in England [against Chelsea] we had a long chat about it,” Joorabchian told Sky Sports.

“The question is what are going to be the financial conditions of all the clubs, including Barcelona and all the Premier League clubs at the end of this pandemic.” 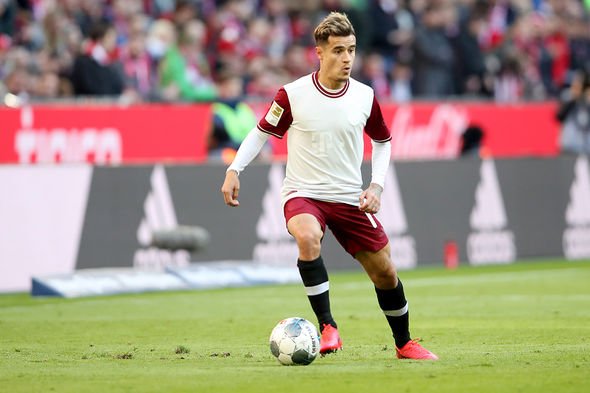 The Bundesliga resumed playing matches two weeks ago and since then Bayern have played and won all four of their games.

However, Coutinho hasn’t been able to add to his season tally of nine goals and eight assists as he is currently recovering from an ankle injury.

But Bayern boss Hansi Flick is hopeful Coutinho will be able to play for the club again before this campaign is finished.

“I can’t say what will happen with him after the season,” Flick said.

“Philippe is a good guy and an excellent footballer. I really enjoy working with him. We hope he can be back with us again soon and play some games before the end of the season.”