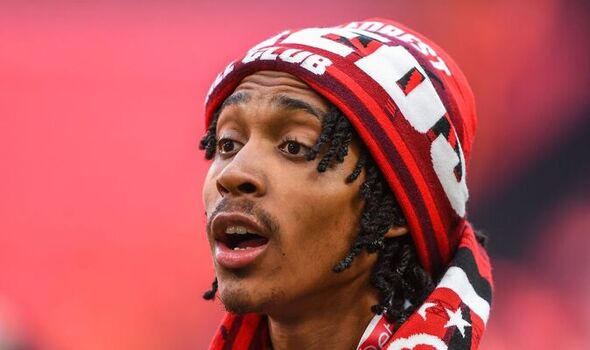 Tottenham are to open fresh talks with Middlesbrough over the signing of full-back Djed Spence and this time around there is confidence an agreement can be struck, according to reports. The England U21 international has been enjoying a short break following the conclusion of a long, gruelling season but he remains firmly on the agenda for Spurs.

Express Sport understands Tottenham are set to launch a £20million swoop for Spence, who flourished on loan at Nottingham Forest last season.

Initial discussions have already been held by Spurs over a deal but as of yet, there is no agreement between the club.

According to Sky Sports, Tottenham are now planning to open a second round of talks with Boro over a move for Spence as they target their fourth summer acquisition.

Fraser Forster, Ivan Perisic and Yves Bissouma are all set to join up with Antonio Conte’s squad for their pre-season tour of South Korea and Spence could now join them in due course.

Daniel Levy is reportedly driving the negotiations for Tottenham while Fabio Paratici continues to work on other targets.