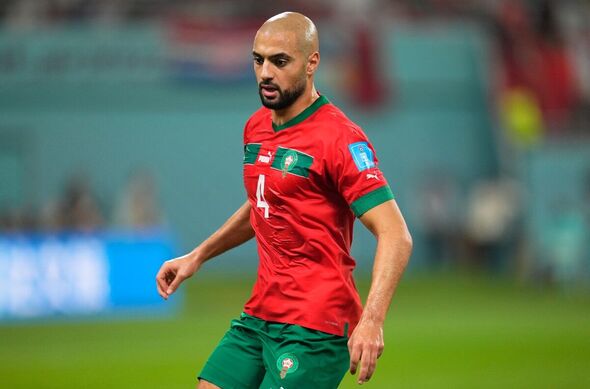 Fiorentina midfielder Sofyan Amrabat will be a man in high demand in January following his stunning performances for Morocco at the World Cup. But any move for the player could spell bad news for Leeds United, with some of the opinion that the Serie A club could target the Whites’ USA international Tyler Adams as his replacement.

Amrabat was among the most impressive stars in Qatar as he helped his country to surprisingly progress to the semi-final stages of the competition. His displays were imperative in helping Morocco stun the likes of Belgium, Spain and Portugal, before they were eventually knocked out by France.

He is now being touted for a big-money transfer, with reports claiming Fiorentina could accept a bid of around £40m. Tottenham are said to be among those most interested, with the likes of Liverpool, Atletico Madrid and Sevilla also linked.

If they do reluctantly let Amrabat go, I Viola will no doubt be looking for a replacement – and their former player Andrea Rocchigiani has urged them to target Adams. The 23-year-old has been an ever-present for Leeds since joining from RB Leipzig in the summer, and, like Amrabat, also caught the eye in the World Cup

While it may seem unlikely that Adams would depart after just six months at Elland Road, he could be tempted into a switch to Italy. And speaking to Firenze Viola, Rocchigiani sent a clear message to his ex-club for a plan of action if they were to sell Amrabat.

“I would take a midfielder,” he said. “If they gave me £40m for Amrabat, I would sell him immediately, even in January. Because in June, I don’t know if that figure would arrive again.

“I’d put a lot of money on Adams, he reminds me of Lucas Torreira. He’s not as strong as him, but he’s an excellent midfielder who’s still quite young. He presses a lot and he impressed me at the World Cup.”

Leeds are struggling down in 15th place in the Premier League, and are at risk of being dragged into another relegation battle this season. The last thing they would need is to lose one of their most important players, but their manager Jesse Marsch recently insisted his side would be looking to do business and add a few new faces over the coming months.

Speaking ahead of his side’s 3-1 loss to Manchester City on Wednesday, Marsch said: “Here’s how I want to deal with this widow: being active. Everyone is hard at work behind the scenes, but I want to avoid talking about it. I need to keep our attention on our group and our progress.

“They (the board) will be working with some different ideas for how to put together the whole package. We discuss this often. We’ve already been incredibly active. Some have goals to get players in before January 1 so let’s see how things progress.”