Tottenham defender Cristian Romero was spotted repeating his Harry Maguire antics by screaming in the face of Reece James following Harry Kane’s stoppage time equaliser in Spurs’ 2-2 draw with Chelsea at Stamford Bridge. The Argentine was condemned for his actions in the first instance, but it appears that hasn’t deterred him from replicating his antagonistic behaviour.

Tottenham looked to be slipping to yet another defeat to London rivals Chelsea on Sunday afternoon as strikes from summer signing Kalidou Koulibaly and England international James – either side of Pierre-Emile Hojberg’s response – put Thomas Tuchel’s side 2-1 up. However, in a match marred by heated scenes between Tuchel and Antonio Conte on the touchline, there would still be time for one more dramatic late twist.

Harry Kane glanced in a header in the sixth minute of stoppage time to spark wild scenes for Spurs both on the pitch and in the way end. The most passionate and provocative of those celebrations arguably came from Tottenham centre-back Romero.

Immediately after Kane’s header found the back of the net via a slight deflection from James, the 24-year-old could be seen screaming in the Chelsea’s full-back face. And it wasn’t for the first time that Romero has adopted such an unsporting approach to celebrating a goal. 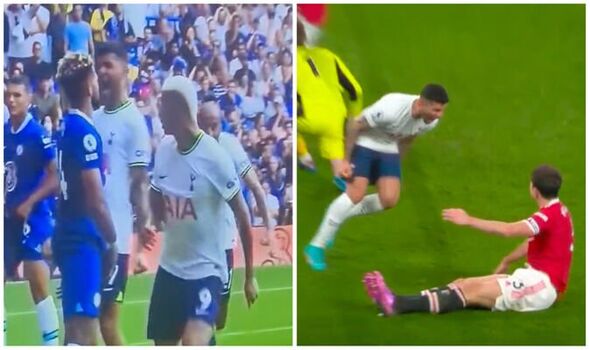 The 11-time Argentina international hit the headlines back in March for displaying a similar reaction after seeing his side tie an Old Trafford encounter with Manchester United at 2-2. On that occasion, United skipper Maguire was the recipient of Romero’s antics, with the Tottenham star leaning down to scream in the Red Devils defender’s face after he put through his own net.

Following the unsavoury episode, Romero was slated by both Roy Keane and Michael Dawson in the Sky Sports studio. When asked about the incident, Keane stated: “Not good, no. Not good, getting all up for that. You remember. When you’re a player, you take note of that, don’t worry.” 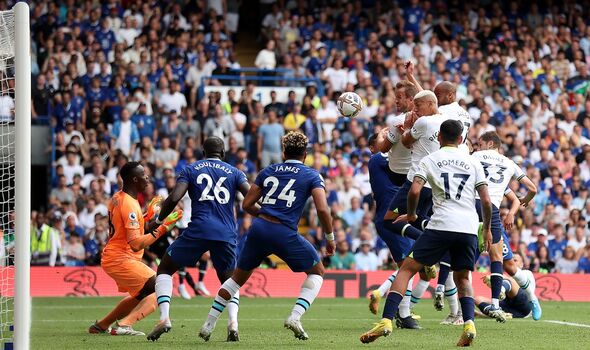 Former Spurs defender Dawson added: “It comes back to haunt you. Certainly as a defender, you make mistakes, things like that don’t go right. It could be you next week.”

In fact, it took only a few minutes before Romero received his comeuppance at Old Trafford. The centre-back was out-jumped by Cristiano Ronaldo, who subsequently powered home a thumping header which proved to be the winner. With a matter of seconds left on the clock when Kane struck his leveller at Stamford Bridge, there was no simply no time for Chelsea to hit a similar reponse on Sunday.