Sergio Reguilon has given his response to whether he believes Gareth Bale will stay at Tottenham beyond his season-long loan. Spurs were one of the busiest clubs in the summer transfer window with Jose Mourinho keen to bolster his squad.

But Spurs also managed to bring Bale back to north London after years of trying to entice him away from Real Madrid.

The Wales international has joined on a season-long loan with questions already being asked on whether he will look to extend his stay.

Madrid are reportedly desperate to get Bale off their wage bill with his contract expiring in 2022. 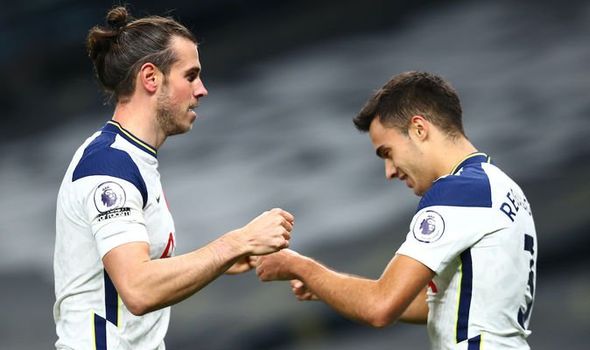 It’s already been suggested that Tottenham could look to extend Bale’s loan for another season before he becomes a free agent.

And it appears as though the 31-year-old is much happier at Tottenham than he was in the Spanish capital.

Reguilon has already noticed a difference in Bale’s demeanour that wasn’t there in Madrid.

“He seems different to me,” Reguilon told Onda Cero.

Jack Wilshere would snub Tottenham offer despite having no club

“The language is everything for him.

“He speaks Spanish well, it’s not bad, a bit like me in English, but communication, the habits, mean he’s happier in England.

Reguilon has impressed since joining in the summer, playing his part in helping Tottenham move level on points with Liverpool heading into the international break. 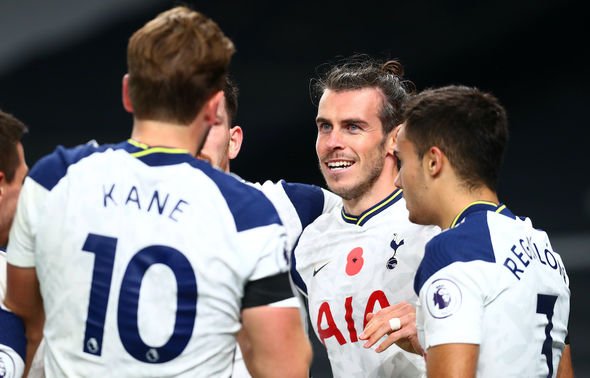 Jose Mourinho has earned high praise for getting the best out of his new-look Tottenham side.

And Reguilon has opened up on his own relationship with the Spurs boss.

“He is a great person and wins a lot in the short term,” he added.

“Jose Mourinho has surprised me in a good way. He has many good things about him.”