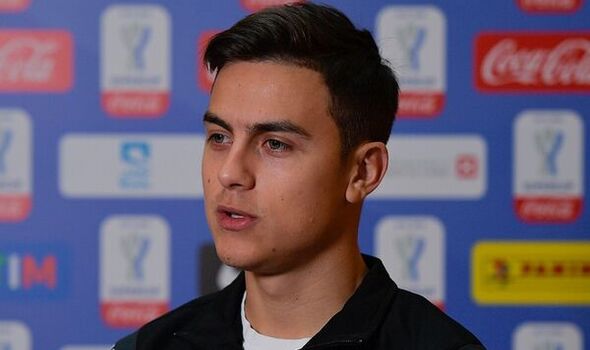 Juventus attacking midfielder Paulo Dybala has admitted that he is yet to decide on his future amid strong links to Tottenham. The 28-year-old Argentinean is out of contract this summer following seven years in Turin, and is set to depart for a new challenge after bidding an emotional farewell to The Old Lady at the end of the season.

Spurs boss Antonio Conte is thought to be a big fan of the player, and Dybala would fit in with the type of signing he wants to make, with reports suggesting the Italian is seeking experienced winners to add to his squad this summer ahead of the Lilywhites’ Champions League campaign next season.

However, Dybala has a number of potential suitors – one of them being Jose Mourinho’s Roma. Club legend Francesco Totti recently urged the star to make a move to the capital, saying ahead of a meeting with Dybala at a charity match: “We’ll see if we can bring him to Rome. I’ll meet him on Monday and I hope to convince him.

“I’ll try to put something in his head, hopefully we’ll succeed. That is if Roma are the same mind as me.”

Dybala himself, however, was non-commital when interviewed by Sky Italia about his future destination. “Future? I don’t know yet what I will do, I will choose what’s best for me,” he said. “This is important to me.”

The former Palermo man enjoyed a hugely successful spell at Juve, winning five Serie A titles and four Coppa Italias. He would certainly add an extra dimension to Spurs’ already fearsome front line, and it would be intriguing to see him linking up with the likes of Harry Kane, Son Heung-min and Dejan Kulusevski.

Spurs’ senior stars are said to be desperate for chairman Daniel Levy to heavily back Conte this summer in order to convince him to stay and to increase their chances of finally winning silverware next season.

Following the 5-0 win over Norwich on Sunday which secured their fourth-place finish, Conte said: “Now I think for me, the club and the players it’s good to have three, four, five days of rest and then the mind will be very clear.

“Then you can consider the whole season. I think you have to be very calm before talking. Now, there’s a lot of emotions in my mind, my heart, for me, for the club and for everybody.

“For this reason, it’ll be very good to rest for four or five days and then have a good meeting with the club to find the best possible solution.”