Tottenham manager Antonio Conte is reportedly eyeing a move for midfielder Weston McKennie from his former club Juventus next month.

The Spurs boss, who took over from Nuno Espirito Santo at Tottenham at the beginning of November, is keen on a versatile player in the centre of the park, especially with the futures of Dele Alli, Harry Winks and Tanguy Ndombele up in the air.

However, Juventus boss Massimiliano Allegri is keen to keep the 23-year-old yet Italian outlet Calciomercato add that McKennie is not indispensable and could be offloaded for the right price – around the £25m-£30m mark. 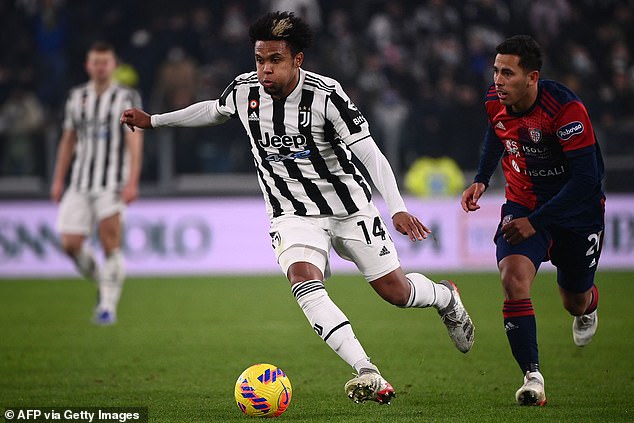 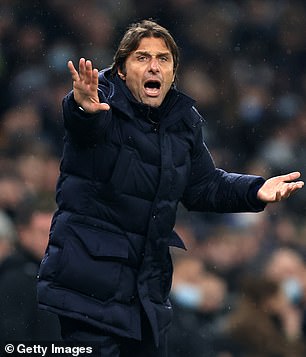 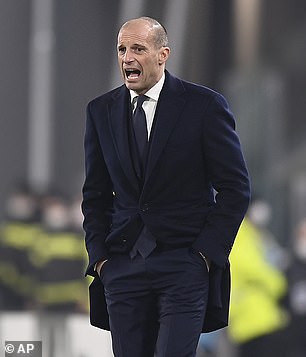 The report adds that the transfer fee would not come cheap given Juventus paid Schalke a total of £25m over three years and add-ons to bring the USA international to Turin permanently earlier this year.

Allegri has also used McKennie – who has been linked with Leeds United too – regularly this season, having played him 18 times in central midfield and also on the right-hand side of midfield.

McKennie also has a contract at the Allianz Stadium until the summer of 2025.

The midfielder won the Coppa Italia last season and also the 2020 Italian Super Cup – he has made 64 appearances in total for the Old Lady, scoring eight goals. 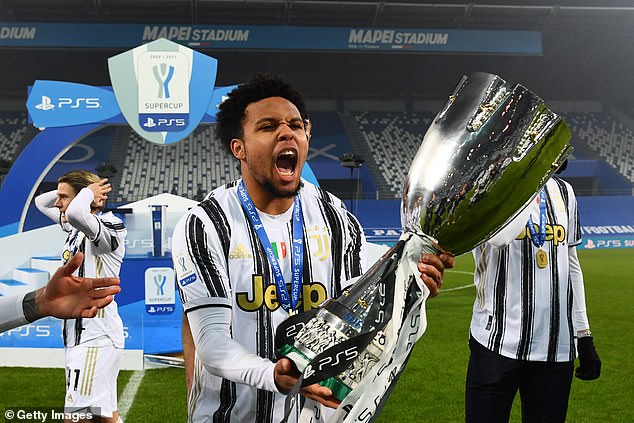 Conte, meanwhile, has called for the semi-finals of the Carabao Cup to be cut to one-leg after his side reached the last four by beating West Ham on Wednesday.

‘Honestly if I have to decide, maybe it would be to play one game and not two games,’ Conte said when asked about the semis. ‘Especially for the situation we are living. But we have to respect the rules.’

Conte used all five of his substitutions in the second half and said: ‘Many players that played had Covid. At one point of the game the intensity dropped and for this reason I made the substitutions.

‘It was good to not concede a goal and to reach the semi-final but I know we had to manage this situation, and also this Sunday (against Crystal Palace) and then Tuesday (against Southampton).’

Juventus threatened with expulsion from Serie A

Lascelles vows that Newcastle will keep 'fighting' to avoid relegation