Jose Mourinho is expected to make up to six changes to his Tottenham team ahead of the trip to Molineux. His Spurs side booked their place in the Carabao Cup semi-final in midweek with a comfortable 3-1 win at Championship side Stoke.

Yet his players will be desperate to erase all memory of last Sunday’s 2-0 home defeat by Leicester when they travel to the Black Country tonight.

Wolves pulled off a major scalp in their last home contest when they beat Chelsea 2-1 with a late goal from Pedro Neto.

Nuno Espirito Santo will be looking to use a similar game plan to get the better of Spurs this weekend.

Mourinho has already confirmed his side will be without Giovani Lo Celso. 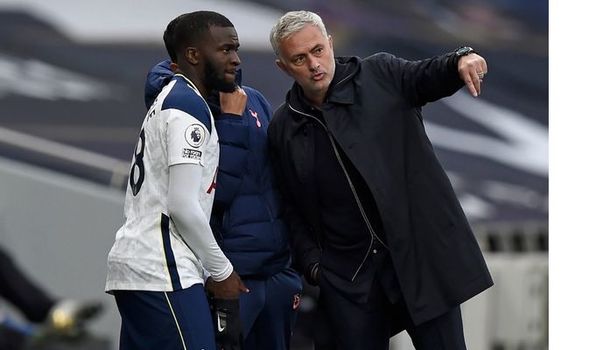 The Argentine is set to miss the entire festive period through injury as Mourinho said: “He will not be fit.

“I don’t know (how long he will be out). I believe that he will not be playing in this period of Christmas and New Year for sure.”

It means Tanguy Ndombele is expected to return to the starting lineup after missing the midweek trip to Stoke.

“Tanguy is fit, but he didn’t come to Stoke. My decision, but he is fit,” Mourinho said on Tottenham’s record signing.

“If I could have nine, he would have been at Stoke, but I could only have seven. If I had him, I couldn’t have had Dele or other players. So I left some players behind. I left (Steven) Bergwijn, Tanguy, Serge Aurier.”

Aurier is expected to slot straight back in at right-back despite Matt Doherty’s impressive display in midweek.

Toby Alderweireld and Eric Dier should be the centre-back partnership in front of Hugo Lloris.

Sergio Reguilon is also expected to return in place of Ben Davies, who scored a pile driver in midweek. 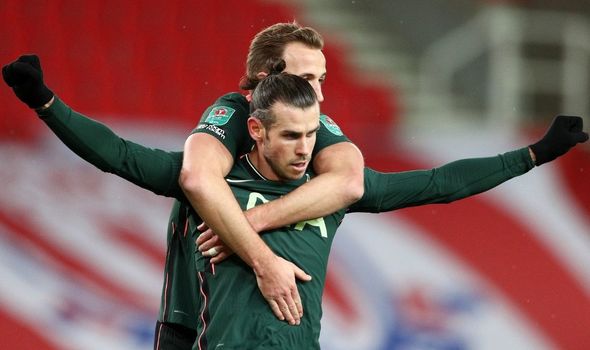 Mourinho looks set to name his first-choice midfield trio in the form of Pierre-Emile Hojbjerg, Moussa Sissoko and Tanguy Ndombele.

Steven Bergwijn should also return after Gareth Bale limped off at half-time in midweek.

The Wales international may have been set to keep his place after finding the net but he may miss the contest.

Spurs will be desperate to get Son Heung-min and Harry Kane back firing ahead of a busy fixture schedule.