Tottenham maintained their unbeaten start to the Premier League season with a resilient 2-0 triumph over Nottingham Forest at the weekend but a truer test awaits this Wednesday as Antonio Conte’s side face a tricky trip to West Ham. Harry Kane’s double ensured Spurs claimed all three points over newly-promoted Forest on Sunday, but with two more Premier League matches to come over the next few days, Conte may well be looking to tweak his winning formula this midweek. Express Sport take a look at how the Italian might line up against the Hammers, with one major change anticipated.

Hugo Lloris will no doubt retain his starting spot between the sticks for Conte’s men having claimed his second successive clean sheet against Forest on Sunday. Despite Steve Cooper’s side looking threatening at times, the Frenchman, now in his 11th season with the north London club, was only forced to make one significant save of note at the City Ground and continues to look as reliable as ever at the ripe old age of 35.

Davinson Sanchez, Eric Dier and Ben Davies were Conte’s chosen central defensive options at Forest and the trio are likely to retain their places this Wednesday given the magnitude of Spurs’ clash with West Ham. The north Londoner’s also received a boost on Monday as they welcomed Cristian Romero back into first-team training following his recent injury setback.

The Argentine centre-back missed Tottenham’s last two matches with a groin issue but appears to be closing in on a return to fitness. The West Ham clash will likely come too soon for the 24-year-old who could well be eased back into action at the weekend when Spurs host Fulham. 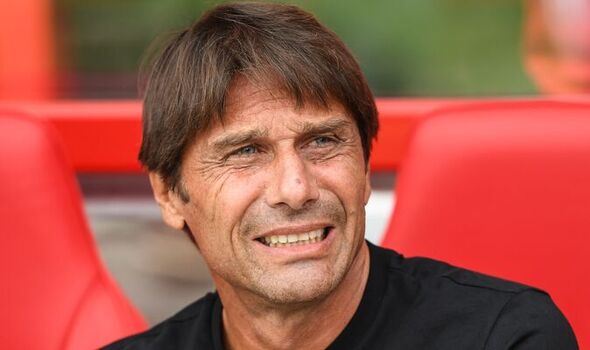 With Ben Doherty still making his way back from a recent injury, Emerson Royal is set to retain his starting spot at right wing-back, having proven his worth in each of Tottenham’s opening four Premier League matches this term. Djed Spence made a late cameo against his former side on Sunday and nearly scored late on to boot, but the promising youngster is likely to once again find himself on the bench as he continues to find his feet in the Premier League.

On the opposite flank, the ever-dependable Ivan Perisic is set to retain his starting spot having once again caught the eye at left wing-back against Forest. The 33-year-old made his second successive start for Spurs at the City Ground and will likely make it three in a row on Wednesday given his experience will be crucial away to West Ham. Ryan Sessegnon replaced the Croatian with 74 minutes gone on Sunday and could well be restored to the Spurs’ starting line-up at the weekend when the north Londoners welcome his old side Fulham to the Tottenham Hotspur Stadium.

So impressive have Pierre-Emile Hojbjerg and Rodrigo Bentancur been in central midfield at the start of this season that highly-rated new signing Yves Bissouma has struggled to get a look in. That could well change this week as Tottenham are set to play two matches in a matter of days.

However, with West Ham away undoubtedly a tougher fixture than a home tie with Fulham, the Malian may have to wait until the weekend to be handed his first Spurs start. Conte confirmed on Monday that Oliver Skipp has returned to first-team training, but having hardly put a foot wrong all season, Hojbjerg and Bentancur are very much expected to begin in the centre of the park against the Hammers. 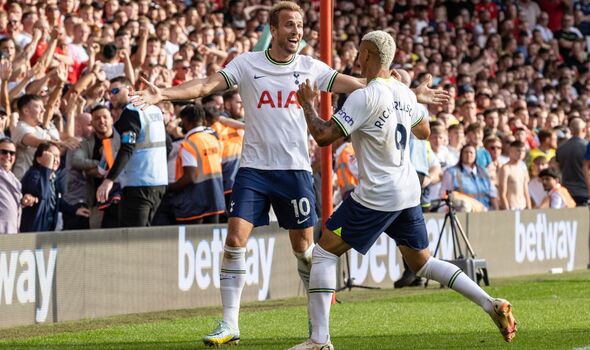 While Harry Kane has enjoyed a dazzling start to this Premier League season having notched his third and fourth goals of the campaign on Sunday, fellow forward Son Heung-min has continued to look out of sorts. Kane even admitted that last season’s joint Golden Boot winner is “frustrated” at present having drawn a fourth blank in a row at the weekend.

To make matters worse for Son, Richarlison produced an eye-catching cameo having replaced the South Korean on 74 minutes on Sunday, assisting Kane’s second with a sumptuous outside-of-the-boot cross. Having knocked on Conte’s door with regards to a starting spot in recent weeks, the Brazilian has surely done enough to earn his first start for Spurs against West Ham on Wednesday. With Dejan Kulusevski looking sharp, Son could well be the one to make way.