Harry Kane’s fine season continued as his two goals put Tottenham Hotspur on track for a place in the Europa League quarter-finals as Jose Mourinho’s side beat Dinamo Zagreb 2-0 in last-16 first-leg.

The England captain is having one of his most productive campaigns and took his tally to 26 goals in 37 appearances, while also having recorded 16 assists.

A strike in either half against the Croatians justified Mourinho’s decision to select his main striker, despite the north London derby being just 72 hours away, and he equalled a club record of eight European goals in a single season set by Martin Chivers twice and Martin Peters.

He will surely break that if Spurs are to go on and win the competition, which Mourinho is targeting, though his display here might give him next week’s second leg in Zagreb off.

Spurs still have work to do in the Croatian capital, but the result here makes their task easier and the last eight is looming.

Dinamo arrived in north London on the back of an eight-game winning run and they were a clear step up from the standard of opposition Spurs have previously faced in this competition.

Indeed, the night could have taken a different path had Mislav Orsic taken a golden chance presented to him in the opening minute.

A wayward pass from Tanguy Ndombele set Orsic in the clear but once he got into the penalty area, his effort was tame and straight at Hugo Lloris.

Spurs took advantage of their let-off and went ahead in the 25th minute after assuming control of the match.

Kane was the goalscorer but it was Erik Lamela who he had to thank as a fine piece of skill saw the Argentinian ride a challenge and breeze into the box, where his shot hit the post, giving the England captain a simple tap-in.

It was Kane’s 25th goal in all competitions of a highly productive season.

The hosts continued to be the aggressors but they found clear chances to add to their lead hard to come by against a compact defence.

They thought they should have had a penalty early in the second half when Ndomeble appeared to be clipped by Lovro Majer but referee Serdar Gozubuyuk waved away appeals and the incident was not referred to VAR.

Spurs eventually doubled their lead in the 70th minute and it was Kane again. 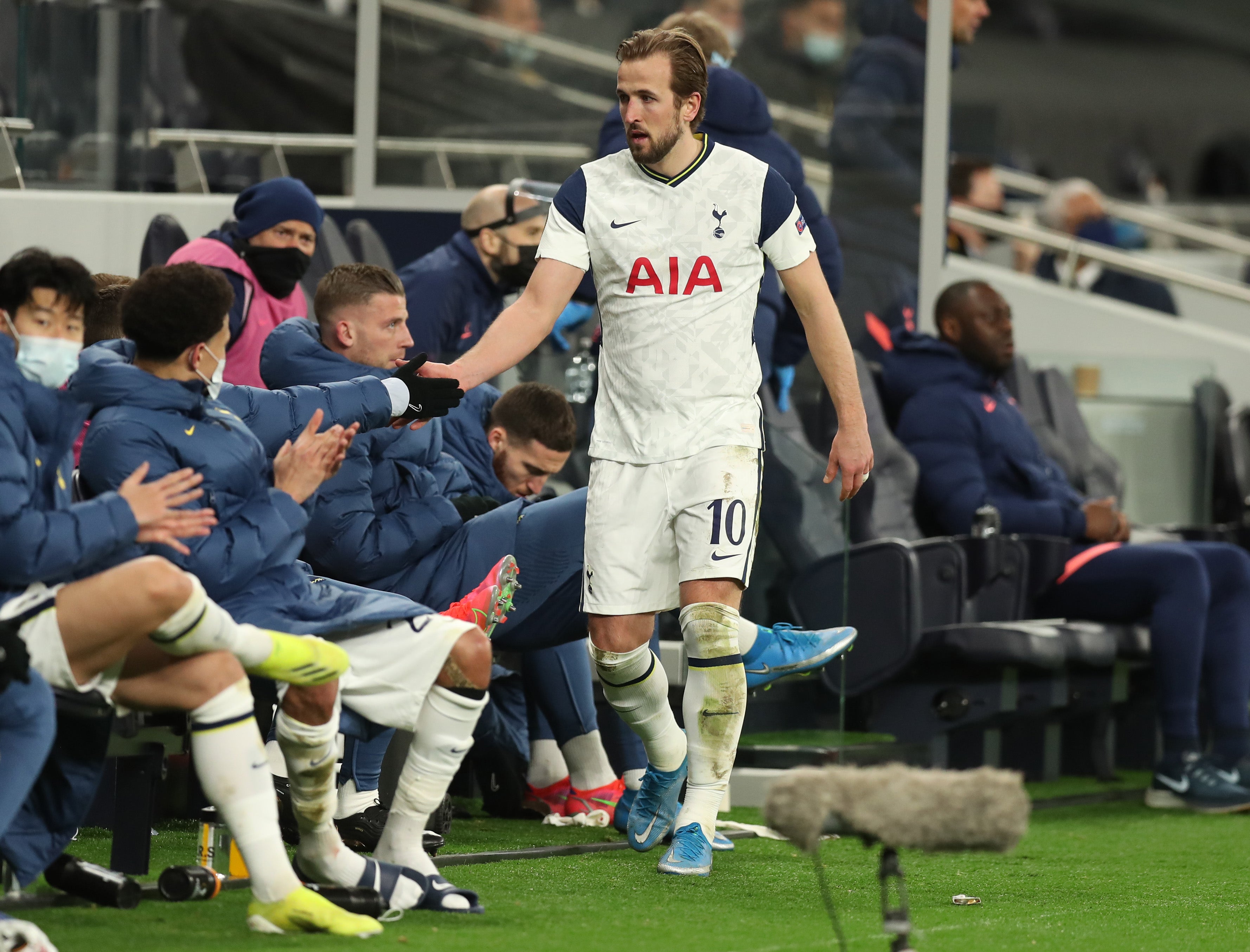 Ndombele’s long ball found Aurier in space and his cross was not cleared by Kevin Theophile-Catherine, with Kane pouncing to fire home from 10 yards out.

Gareth Bale stepped off the bench and almost put the tie beyond Zagreb with a trademark free-kick from distance which swerved and dipped and forced Dominik Livakovic to punch clear.

Kane’s work for the evening was done and he was replaced by Carlos Vinicius before being seen on the touchline with ice on his knee, which Spurs will hope is just a precaution ahead of Sunday’s trip to Arsenal.

Bale had another chance to completely kill the tie at the death but he poked Steven Bergwijn’s cross wide.