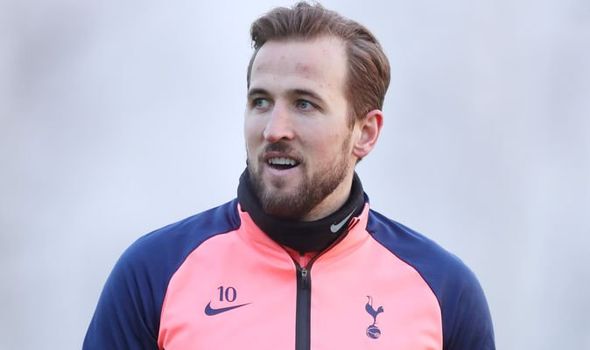 If Harry Kane was watching this one, he probably ended it by checking the flight times to Manchester. As an advert for Tottenham’s future, this Europa Conference League play-off clash in northern Portugal was a horror show.

It was a hugely embarrassing defeat for Nuno Espirito Santo’s men, courtesy of Lucas Da Silva De Jesus’ goal on the stroke of half time, and was surely not in the script.

Nuno’s decision to field a young, inexperienced side came back to bite him – badly. There was no Harry, obviously – but there was also no Son Heung-min, no Dele Alli, no Hugo Lloris.

No-one who started Sunday’s excellent win against Manchester City – when the Spurs fans taunted their want-away striker by singing “Are you watching Harry Kane?”.

Instead, Spurs had five players making their first starts, including new signings Cristian Romero, Bryan Gil and goalkeeper Pierluigi Gollini. There was one 17-year-old and one 18-year-old.

Nuno admitted: “This result impacts a lot – the feelgood factor disappears. It was not a good performance. We were not organised.

“But we did not underestimate Pacos – I would make exactly the same decisions again. We have a long way to go. We have to bounce back.”

As City prepare their next move for Kane in the coming days, with the England striker waiting, Spurs stumble on.

They will probably get through this tie, with the home leg at the Tottenham Hotspur Stadium on Thursday when surely some of the bigger guns will be wheeled out – but this was not exactly an appetiser for a player with Kane’s ambition.

A brand new European adventure in a a brand new competition, but in Europe’s third tier – in front of only 2,284 spectators? And a defeat?

It was a horribly disjointed display all night from Nuno’s team, with passes going astray all over the place, tackles not won and runs not read.

Pacos had the first effort of note when Nuno Santos (not the Spurs manager), found space in the area and tested Gollini with a low drive.

The Portuguese, two games into their Primeira Liga season and having knocked out Irish side Larne in the previous round of this competition, looked like a team that had played together before – unlike Spurs.

And the goal that arrived just before half time was on the cards. Stephen Eustaqio played Lucas Da Silva De Jesus through with Romero out of position, and the striker finished coolly with a low drive as Gollini advanced.

Pacos, who finished fifth in the Primeira Liga last season, had gained in confidence after a slow start, were determined and pacey – and far more dangerous.

Spurs struggled throughout to find any rhythm in their play or any penetration – and dismally did not create a chance of note all night.

Admittedly it was a young team – but players of promise like Dane Scarlett and Nile John had a tough evening.

The Europa Conference League – Spurs too good for it? Er, not on this evidence.