It is advantage Morecambe in their Sky Bet League Two play-off semi-final against Tranmere after they triumphed 2-1 in a feisty first leg on the Wirral.

Derek Adams’ side, who only missed out on automatic promotion by a single point, will now fancy their chances of finishing the job at their own ground on Sunday. 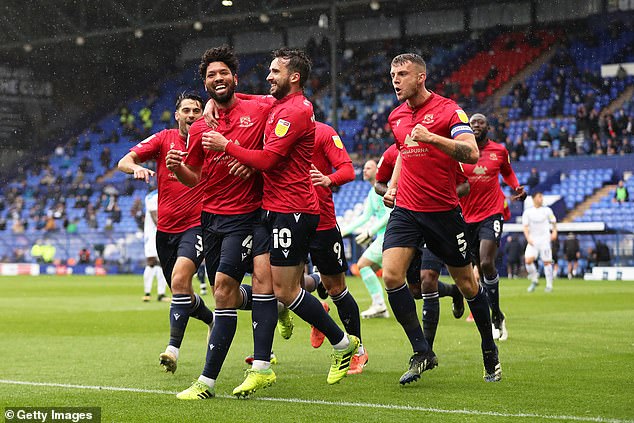 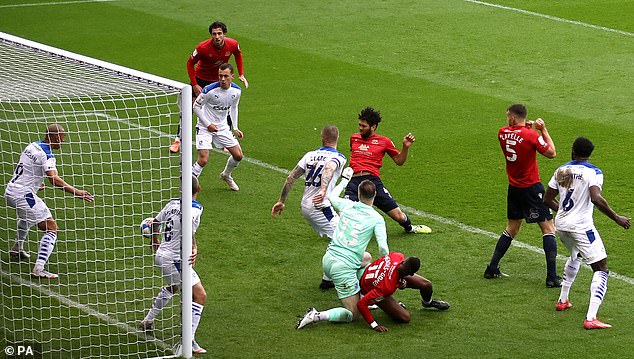 With the roar of around 3,400 supporters behind them, Rovers started confidently and were well on top.

In the seventh minute, following a flurry of corners, Liam Feeney and then veteran skipper Peter Clarke both saw powerful strikes frantically blocked by Morecambe defenders.

It was the visitors who had gone into the game in terrific form, having won five of their final six regular season games, so it was maybe no surprise when they went ahead after 15 minutes.

A corner made its way to the far side of the Rovers box and, after Liam McAlinden fired the ball back into the danger zone, centre-back Nathaniel Knight-Percival slid in to poke home from five yards. 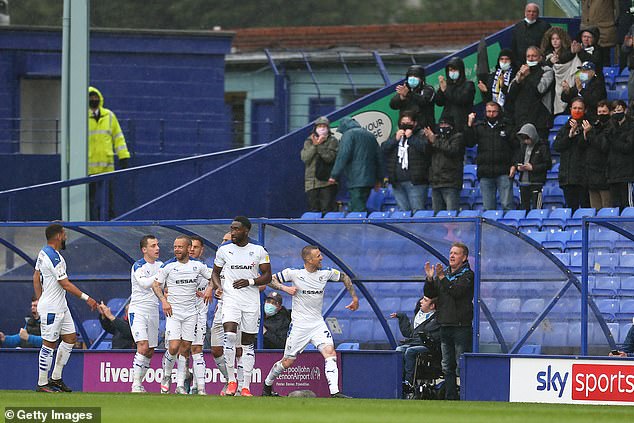 And it was 39-year-old Clarke who levelled it up, powering home a header from Liam Ridehalgh’s deep cross.

James Vaughan then tested Shrimps goalkeeper Kyle Letheren as the hosts enjoyed a period of pressure.

Vaughan went close with a header as the interval approached, but it was Morecambe who struck again in added time. 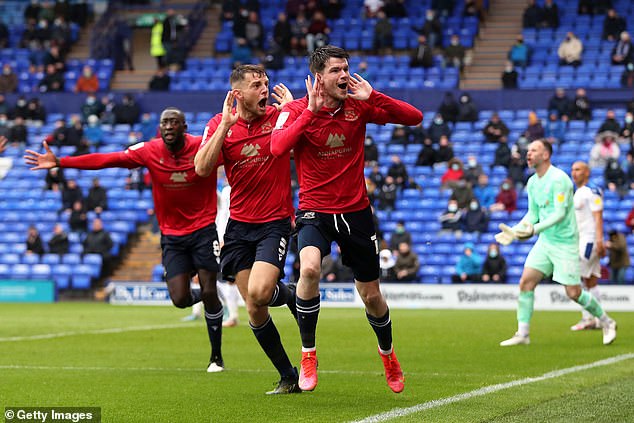 McAlinden bundled home the visitors’ second as he darted in to meet Cole Stockton’s low cross.

A couple of feisty challenges and some mis-placed passes from both sides meant it was a rather dis-jointed start to the second period.

Vaughan had the first opportunity when he headed way off target, then just past the hour mark Clarke headed goalwards from Feeney’s corner, only to see Morecambe’s Toumani Diagouraga flick the ball almost off the line. 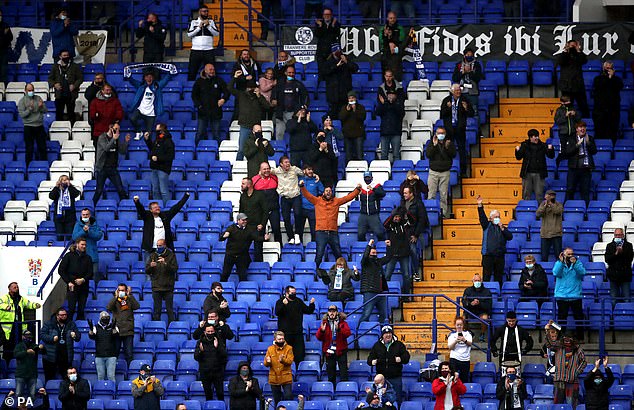 Hosts Tranmere were being supported by more than 3,000 vocal fans at Prenton Park

Rovers were struggling to find a way through Morecambe’s resolute defensive unit, and as the 70-minute mark passed, the visitors looked comfortable.

Rovers defender Manny Monthe was denied as his looping header was brilliantly saved by Letheren, with sub Paul Lewis then nodding the rebound into the side-netting.

In the 81st minute, Clarke blazed a 25-yard shot well over the crossbar, while veteran sub David Nugent also headed off target for the gutsy hosts.

However, Morecambe hung on gamely to preserve their precious first-leg advantage. 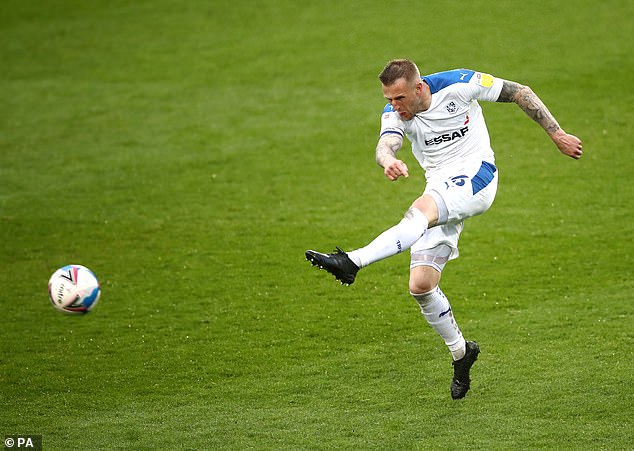 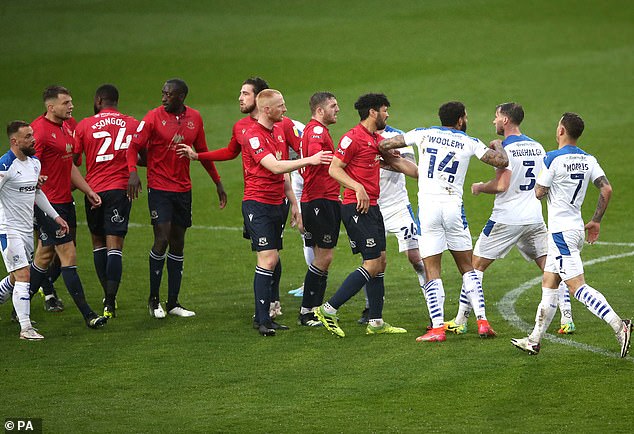