We are now less than four weeks away from the start of the new Premier League season, and it is fair to say that there is still plenty of business to be done between now and then. Millions has already been spent by the elite clubs, but do not expect that to stop any time soon as managers desperately look to bolster their squads further.

Manchester United have recently jetted out on a pre-season tour of Thailand, but fans are growing more and more frustrated at the fact that the Red Devils have still only completed one major signing so far, with Tyrell Malacia’s move from Feyenoord the sole completed arrival. However, there may be light at the end of the tunnel, with United believed to be ‘in talks’ with Paris Saint-Germain midfielder Leandro Paredes.

Meanwhile, over in London, Raheem Sterling is believed to have undergone a medical with Chelsea ahead of an imminent £50m transfer from Manchester City. The move is thought to be a popular one with members of the Blues squad, and it will be intriguing to see how the England winger does at Stamford Bridge.

There could also be a Premier League outgoing on the horizon, with Leeds’ main man Raphinha edging closer to Barcelona. And with the likes of Liverpool, Manchester City, Tottenham and Arsenal still looking keen to splash the cash, there is plenty to keep an eye on in the coming weeks.

Follow all the latest with Express Sport’s live blog below… 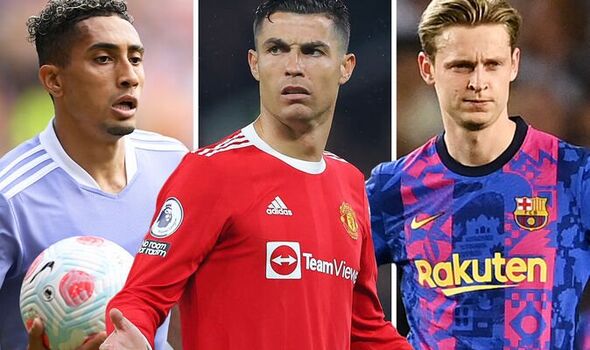 An update is due from Erik ten Hag today on Cristiano Ronaldo.

Manchester United manager Ten Hag will face the media at a press conference ahead of United’s pre-season friendly against rivals Liverpool in Bangkok.

The Dutchman is set to be quizzed on wantaway Ronaldo, who is absent in Thailand for personal reasons.

The Portuguese has informed the club he wishes to leave for a team playing in the Champions League. 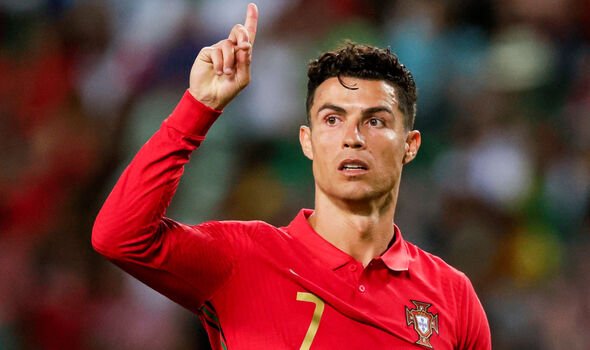 Manchester United are in talks to sign Leandro Paredes from Paris Saint-Germain in a shock transfer swoop for the midfielder, according to reports.

The Argentina international is expected to depart the Parc des Princes this summer following the departure of Mauricio Pochettino and initially, a return to Italy looked to be on the cards.

But according to Sky Italia journalist Angelo Mangiante, talks are ‘ongoing’ between United and PSG over a deal as Erik ten Hag looks to up the ante in pursuit of new additions.

Raheem Sterling has completed the bulk of his medical ahead of his move from Manchester City to Chelsea.

The England star is set to complete a £47.5million transfer imminently, and was in London on Sunday to complete tests.

Once the deal is complete he will fly out to join his new teammates on their pre-season tour of the United States. Sterling could be unveiled within the next 48 hours it appears.

Leeds winger Raphinha is reportedly ‘euphoric’ as he closes in on a dream move to Barcelona.

The Brazilian has been at the centre of an epic three-way transfer tug-of-war between the Spanish giants, Chelsea, and Arsenal, but one of the sagas of the summer finally appears to be edging towards its conclusion.

Seemingly against all the odds, it is Barca who have found a way to finance a deal.

According to Sport, they have reached an agreement with Leeds which will see them pay an upfront fee in the region of £46.5m, plus a number of performance-related add-ons for Raphinha, who is understood to be ‘exultant and euphoric’. 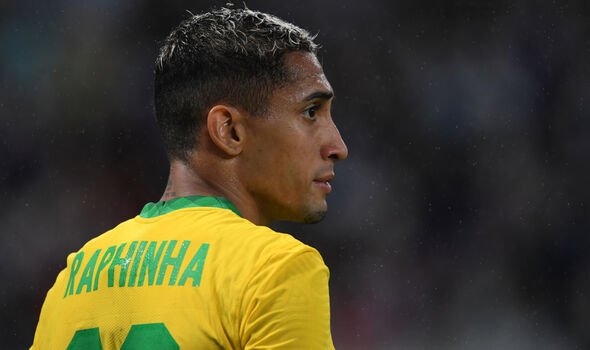 Welcome to Express Sport’s latest daily transfer blog where we’ll keep you updated on all the latest done deals, gossip and rumours from the summer transfer market.