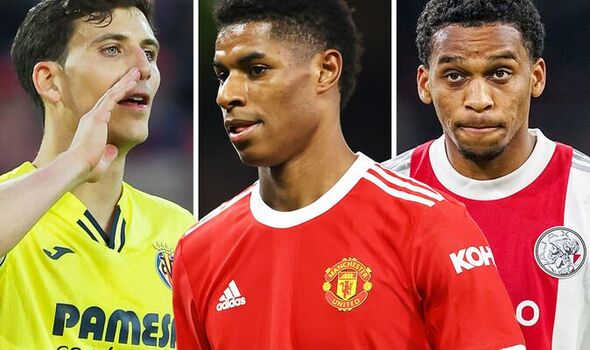 Things are getting very interesting indeed behind the scenes at the elite Premier League clubs ahead of the imminent opening of the summer transfer window. The big guns will all be looking to strengthen ahead of the new season, and it could lead to a fascinating few months of wheeling and dealing.

Manchester United will be hoping to provide their new manager Erik ten Hag with reinforcements sooner rather than later, and the Red Devils are being linked with a huge number of players both on these shores and from abroad.

Their bitter rivals Liverpool, meanwhile, could well be set to say goodbye to the iconic Sadio Mane, meaning they may be on the hunt for the Senegalese star’s long-term replacement. Elsewhere, Antonio Conte’s Tottenham will hope to be in the mix for the title race in the coming campaign, and will hope to add at least a few more fresh faces following the capture of Ivan Perisic.

And with the likes of Arsenal, Chelsea, Manchester City and Newcastle also expected to splash the cash, we are set for a very busy transfer window indeed.

Follow all the latest updates from Express Sport below…

Tottenham Hotspur have held discussions with Marcus Rashford’s camp over an audacious summer move, according to one of the club’s player agents.

Italian super-agent Roberto De Fanti, whose list of clients includes Japhet Tanganga, has claimed Tottenham have held talks with Rashford’s representatives over a sensational transfer. However, the north London club deem a move ‘impossible’ this summer.

He told CaughtOffside: “I can also confirm that there have been some discussions very recently between the player’s camp and Tottenham Hotspur. The London club feel negotiating a deal for Rashford is virtually impossible though – so that transfer no longer seems an option.”

Xavi Hernandez must shake off Messi effect according to Bernd Schuster