Portugal’s Cristiano Ronaldo netted twice against Hungary to move beyond France’s Michel Platini as the record goalscorer at European Championship finals, taking his tally to 11 at the Puskas Area in Budapest on Tuesday.

Ronaldo and Platini had been locked on nine goals apiece before the tournament, but the Portuguese winger’s double late on against the Hungarians added to his growing tally of records.

Former England internationals and pundits Rio Ferdinand and Gary Lineker were among those to pay tribute to the 36-year-old on social media after breaking another goalscoring record. 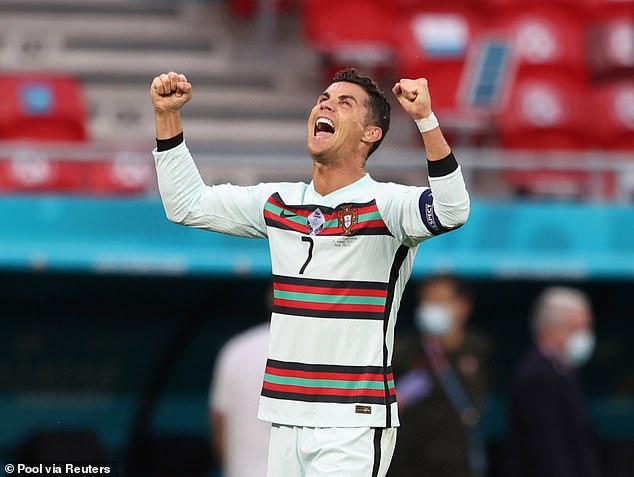 Lineker tweeted: ‘Sensational football from Portugal and the ridiculous @Cristiano finishes with his customary brilliance. 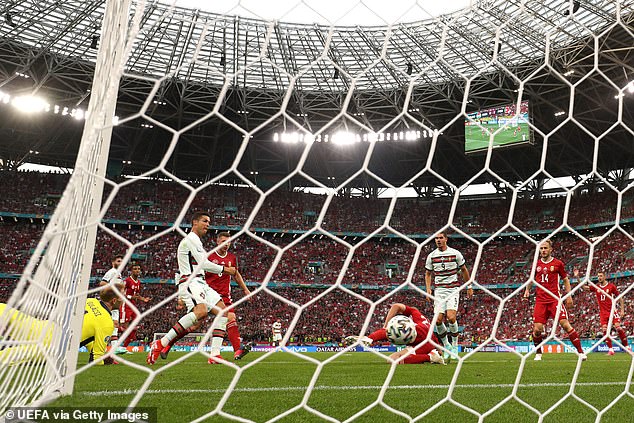 Ronaldo had missed a superb opportunity in the first half when he fired over from close range with the goal at his mercy.

But when offered the chance from the penalty spot on 87 minutes, he made no mistake. 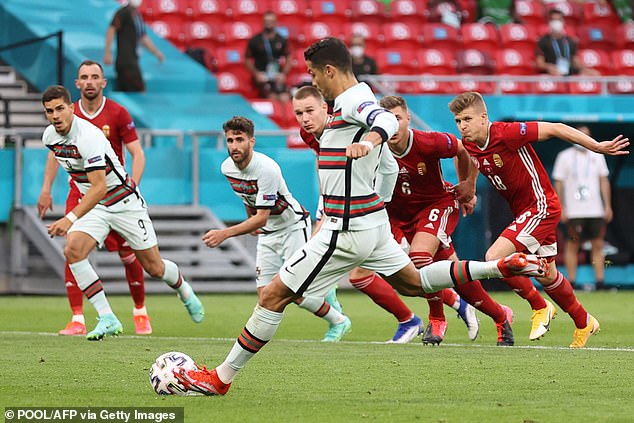 He rifled the ball into the corner of the net and set off for one of his trademark celebrations, which drew plenty of whistles from the capacity 67,000 mostly Hungarian fans in the stadium.

There was still time to add a second in injury time at the end of the game as he took a pass near the six-yard box and danced past a couple of home defenders as well as goalkeeper Peter Gulacsi to score.

Ronaldo has now also extended his record as the only player to score in five separate Euros finals, and has also played the most games, with the match against Hungary being his 22nd since he made his debut in 2004.

Greg Clarke resigns as FA chairman: What now for the Football Association?