The pre-match tunes probably washed over Thomas Tuchel. Chelsea’s new boss looks like a Kraftwerk man if anything but the resident DJ at Stamford Bridge was having fun.

Queen’s ‘Another One Bites the Dust’ reverberated round the empty stadium. Machine guns ready to go. The perfect trigger-happy anthem to herald another era in SW6.

High in the stands, chairman Bruce Buck sipped a hot drink from a cardboard cup. Buck does not buy the sentiment for the axed managers. They are, after all, marvellously well paid and compensated. 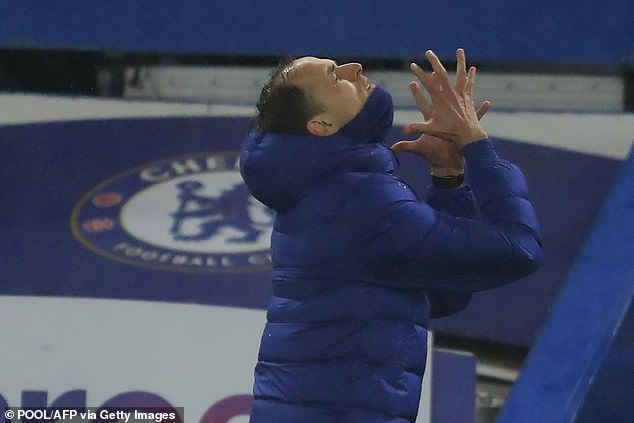 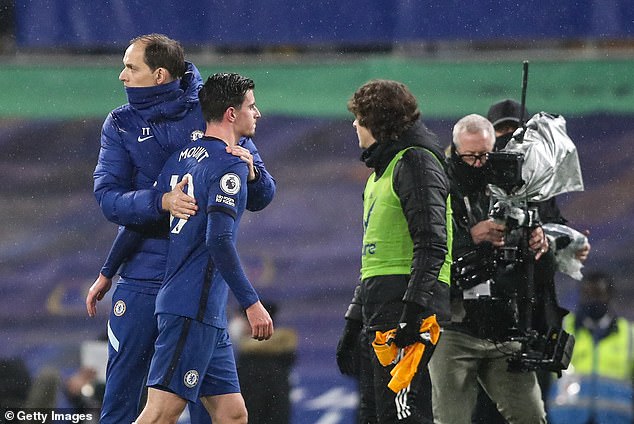 Out with the old in the new. Out with Mason Mount and Reece James in with Jorginho and Cesar Azpilicueta. Out with the back-four in with Callum Hudson-Odoi in his new role as a wing-back.

Out with the record goalscorer in with Chelsea’s first German manager, and he did appear utterly thrilled to be in control, in his touchline geek chic of club-issue puffer jacket and matching snood.

There was a glimpse of the blueprint as Tuchel smiled broadly through his pre-match interviews.

He sketched his hopes for ‘brave’ and ‘attacking’ football. ‘An intense game, teams with winning mentality who can defend hard and strong, compact and solid as a group,’ he said. ‘We want to create this.’

There were fist-bumps and warm words for Nuno Espirito Santo but that was before Wolves massed ranks on the edge of their penalty area, gave Chelsea the ball and set about frustrating the hell out of them.

Tuchel threw his arms and hopped on the spot as chances came and went. He pointed, instructed and encouraged.

Wing-backs were summoned for a word of advice and whatever he said to Christian Pulisic as the teams lined up for the second-half amused the winger who player for him at Borussia Dortmund. 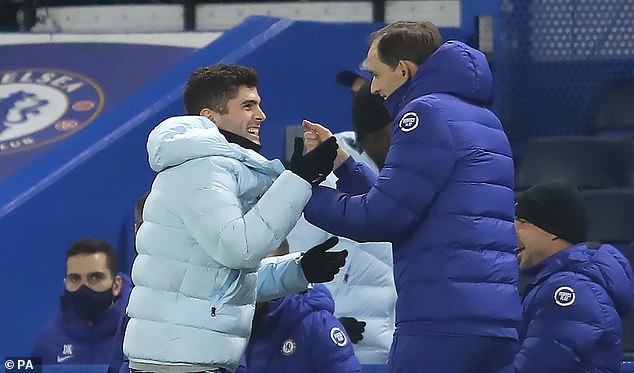 Tuchel was drenched in rain and his pre-match smile washed away by the time he sent on Pulisic, Tammy Abraham and Mount.

There would be no spark to win the game. No goals despite nearly 80 per cent possession and, to be Frank, not many shots.

Only food for thought as the new man strode out on the pitch to slap his players on the back to the sound of ‘Blue is the Colour’. Still no sign of the synth-pop. But plenty of room for improvement and food for thought for Tuchel.

England at risk of FORFEITING Nations League clash with Iceland