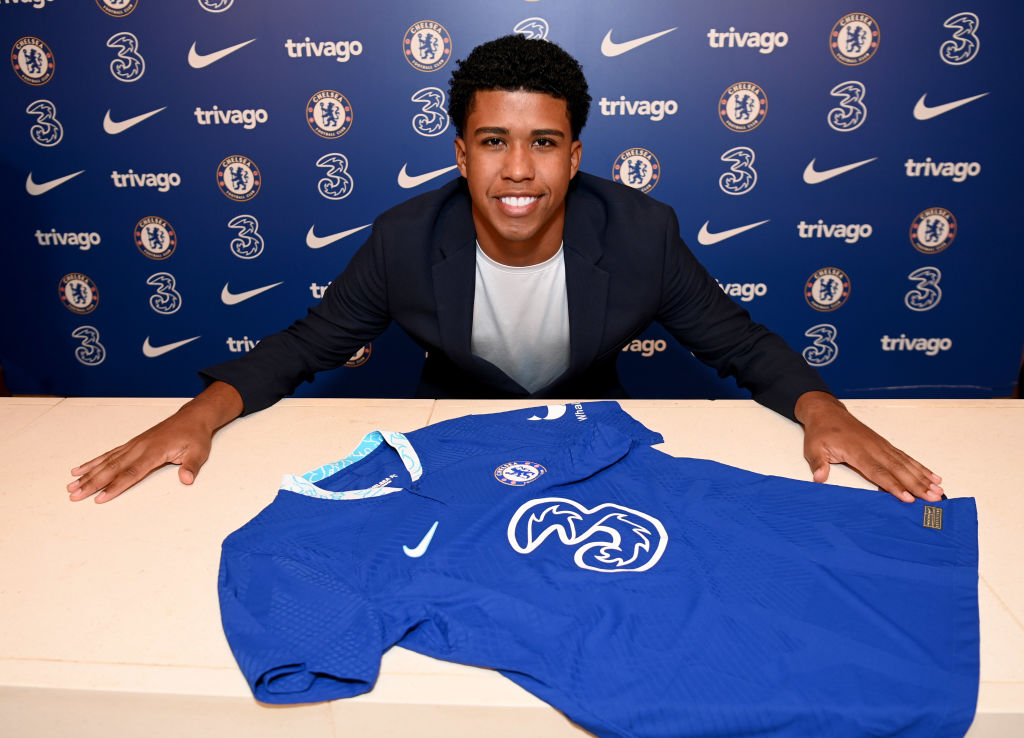 Brazilian midfielder Santos, 18, has joined from Vasco da Gama for a reported £18m.

Ivory Coast forward Fofana, 20, sealed a £10m move from Molde and has signed a six-year deal with the Premier League club.

Chelsea have now completed three signings in the January transfer window, with Santos and Fofana following French defender Benoit Badiashile through the doors at Stamford Bridge.

Santos, who made 38 appearances for Rio-based Vasco de Gama, said: ‘It’s a very big opportunity for me.

‘This is a big club playing in big competitions like the Premier League so I am very excited. The players here are so good and I am very happy to be here.’

Fofana, who scored 24 goals in 65 appearances for Norwegian champions Molde, added: ‘Hello dear fans, I’m here, I’ve arrived well and I’m very happy to sign for the club of my dreams. I’ll see you soon on the pitch, cheers!’

Chelsea are also in talks to sign Benfica’s World Cup winner Enzo Fernandez, although the Argentine could end up costing more than £100m.

The Blues, who spent around £250m on new signings last summer, have entered the race to sign Mykhailo Mudryk from Shakhtar Donetsk, who appears to favour a move to Premier League leaders Arsenal.

Despite spending heavily last summer, Chelsea have slipped to 10th in the Premier League under Graham Potter and find themselves 10 points outside of the Champions League places.

Chelsea take on Manchester City in the FA Cup on Sunday – having lost 1-0 to Pep Guardiola’s side in the league earlier in the week – before facing two London derbies against Fulham and Crystal Palace.