Tyson Fury has claimed Manchester United ‘are back’ after the Red Devils finished third in the Premier League table on Sunday. Ole Gunnar Solskjaer’s side booked their place in next season’s Champions League with a 2-0 win over Leicester. And their super-fan has now reacted on social media.

Manchester United secured Champions League qualification with a 2-0 win over Leicester at the King Power Stadium on Sunday afternoon.

Bruno Fernandes opened the scoring from the penalty spot, slotting in from 12 yards after Anthony Martial went down in the box.

And Jesse Lingard made the result safe late on, capitalising on an error from Kasper Schmeichel to give the visitors all three points.

Fury has now reacted on social media, sharing a picture of Solskjaer and saying: “We did it @ManUtd champions league football for us next season, #weareback  #ollie.”

Fury was invited to Old Trafford earlier in the season to give an inspirational speech to the players.

But plans have been put on hold for the time being because of the coronavirus crisis. 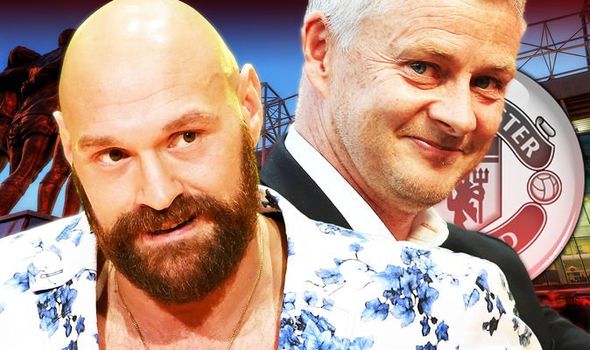 “The players and the staff have worked so hard,” said the Norwegian.

“I told them this morning, we’ve won [already] because we’ve come together as a team.

“Your viewers, our fans, know that as well. We are going places and we’ve got a team you can like. You can see the DNA of Manchester United. At least that’s what I feel.

“Today was not a classic Manchester United performance but, in the first half, we controlled it and, in the second half, when they had to come for us, we defended really well.” 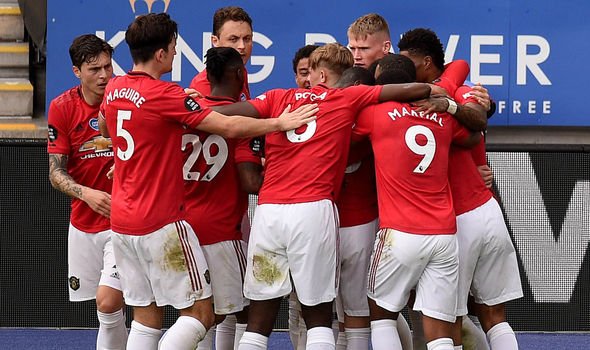 In a separate interview, Solskjaer hailed his squad for getting the job done.

“It’s been like a mini-tournament this restart, and you can see it,” he said after steering United to third in the Premier League table.

“We’ve been a bit tired, leggy.

“I think the boys have done a great achievement, you know where we were earlier in the season to end up third is fantastic for them.

“It’s a wonderful achievement by everyone. Today wasn’t a classic but that doesn’t matter, but we need to learn to win these games that we need a result in.”

United captain Harry Maguire thinks they need to continue to improve if they’re to challenge Liverpool and Manchester City for the Premier League title.

“Obviously the last few years have been tough and at the start of the season people didn’t expect us to be in the top four at the end of the season, but we had great belief in ourselves.

“At the start of the season we were far too inconsistent – dropping points and performances weren’t good enough in parts of games and we’d get punished.

“We’ve been a lot better of late and it’s come from an unpromising position that shows the great character we’ve got in this group.”