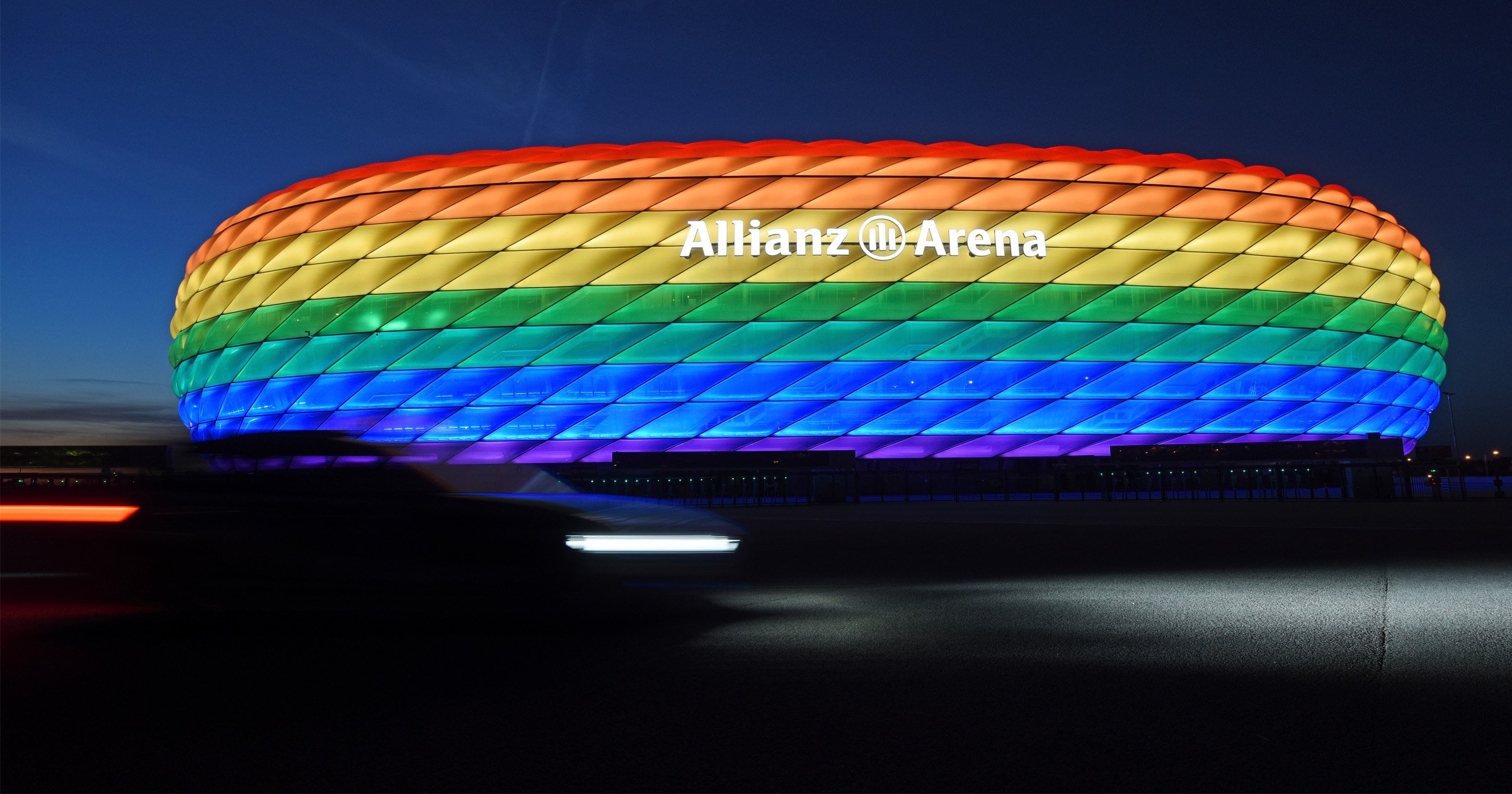 Uefa has rejected a request to light up the Allianz Arena in rainbow colours for Pride ahead of the Germany vs Hungary match.

European football’s governing body said it believes the gesture has a political context after receiving a request to fly the Pride flag from Munich’s mayor, Dieter Reiter.

Uefa said the mayor’s reason for the request was a response to legislation passed in Hungary that bans gay people from appearing in school educational materials for under-18s.

On that basis, Uefa said it could not grant the request and proposed alternative dates for the stadium to be lit up in rainbow colours.

‘Racism, homophobia, sexism, and all forms of discrimination are a stain on our societies – and represent one of the biggest problems faced by the game today,’ Uefa said.

‘Discriminatory behaviour has marred both matches themselves and, outside the stadiums, the online discourse around the sport we love.

‘However Uefa, through its statutes, is a politically and religiously neutral organisation.

‘Given the political context of this specific request – a message aiming at a decision taken by the Hungarian national parliament – Uefa must decline this request.’

The decision follows an announcement from Uefa on Sunday that Germany goalkeeper Manuel Neuer would not face action over a rainbow armband he wore during the games against France and Portugal.

Neuer wore the armband to show his support for the LGBT+ community during Pride Month, prompting Uefa to investigate whether it could be viewed as a political statement.

But Uefa concluded there was no case to answer, given the 35-year-old was ‘promoting a good cause’.

This is a breaking news story, more to follow soon… Check back shortly for further updates.

Got a story? Get in touch with our news team by emailing us at [email protected] Or you can submit your videos and pictures here.

For more stories like this, check our news page.

The £50m move that shook the Premier League: Torres to Chelsea