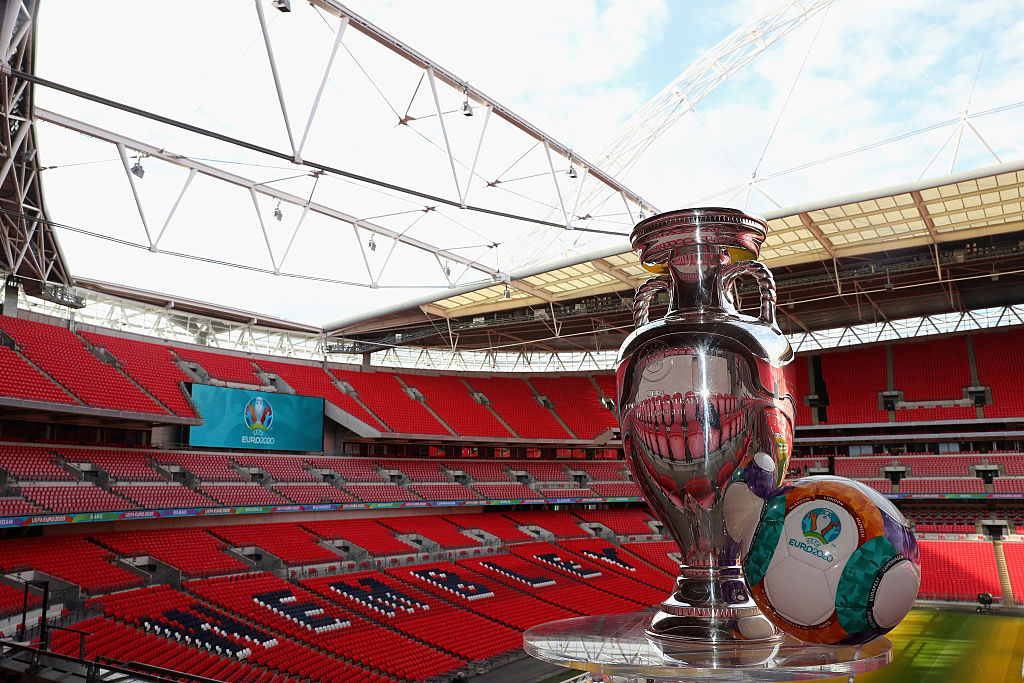 The UK and Ireland are on the verge of being confirmed as the joint hosts of Euro 2028 after no rival bids were made ahead of Wednesday’s deadline.

The Football Associations of England, Scotland, Wales, Northern Ireland and the Republic of Ireland only announced their intention to bid for the tournament last month, opting to abandon their campaign for the 2030 World Cup.

They had become increasingly resigned to losing out on the World Cup – with a joint bid from Argentina, Uruguay, Chile and Paraguay currently the favourite – and did not want a repeat of what happened when they were controversially beaten to the 2018 World Cup by Russia.

The bid for Euro 2028, however, had far more support from UEFA and rivals Russia and Turkey have both pulled out of the running.

According to The Times, the UK and Ireland’s bid is the only one that has been made and, barring an unlikely last-minute entry in the next 48 hours, they will be named as joint hosts imminently.

The formal decision will not be announced until April 7 – though that is a year ahead of schedule – while the bid will have until the end of the year to get all the necessary government guarantees.

Russia had been in contention but abandoned their bid following the invasion of Ukraine – and their subsequent ostracisation from the sporting world – while Turkey had been unsuccessful in several previous efforts and did not want to challenge the British and Irish bid.

They could still put forward a case to host Euro 2032, though Italy are likely to be the favourite to host that year’s tournament and are set to formally announce their own bid soon. Both 2028 and 2032 are expected to see the competition expanded to 32 teams.

FA chief executive Mark Bullingham previously revealed that he was confident the British and Irish bid would be successful, with the infrastructure in place to host a hugely lucrative tournament – something which appeals to UEFA.

Speaking in February, Bullingham said: ‘We believe we can put together an incredibly strong tournament in many ways. We also know we can deliver a really strong commercial return to UEFA and we feel that puts us in a strong position.

‘UEFA are being very transparent with all 55 countries that they want to use the 2024 [in Germany] and 2028 men’s Euros to rebuild their coffers and rebuild their reserves, which they’ve had to use during the pandemic.’

There have also been suggestions that UEFA wanted an unopposed contest to avoid unnecessary costs and want to fast-track the decision to award Euro 2028 to the UK and Ireland to provide some long-term stability.

While the full details of the bid are not yet known, Dublin’s Aviva Stadium, Belfast’s Windsor Park, the Principality Stadium in Cardiff, Glasgow’s Hampden Park and a horde of Premier League grounds are all expected to host matches.