Unai Emery claims Arsenal star Mesut Ozil “has to look at himself” and work on his attitude as well as his commitment to the club. Emery replaced legendary manager Arsene Wenger at the Gunners in 2018 and enjoyed a decent first season in charge as he led the north Londoners to the Europa League final.

However, the Spaniard’s second year at the helm was marred by a run of poor results, unattractive football and an uneasy relationship with Ozil and ended in the coach being sacked halfway through.

The former Sevilla boss sidelined the attacking midfielder while he was in charge this season and he now suggests that he wasn’t happy with the player’s lack of commitment.

The ex-Paris Saint-Germain manager claims he tried to get the most out of the German but his attitude didn’t help and even believes his team-mates could see this, which is why they didn’t vote him as captain.

Emery told the Daily Mail: “His performances were sometimes better, sometimes worse like all players. 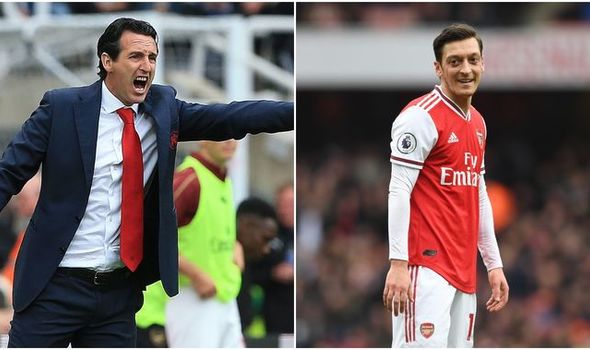 “In the end he has to look at himself. At his attitude and his commitment.

“I tried my utmost to help Ozil. Throughout my career, talented players have been my favourites and they have played at their best or close to their best with me.

“I was always positive with him in terms of wanting him to be involved, but then the attitude that he adopted, and the commitment levels, well, they weren’t enough. 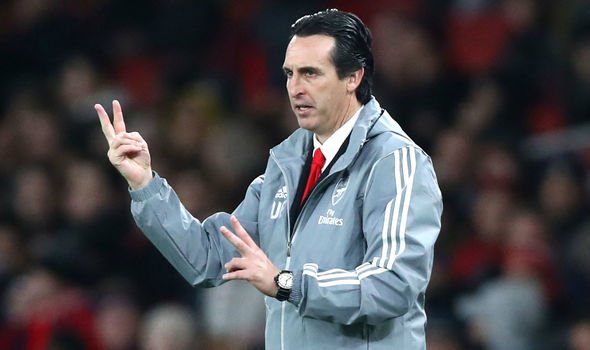 “One of the captains could possibly have been Ozil but the dressing room didn’t want him to be captain. His level of commitment was not that of someone who deserved to be captain, and that’s not what I decided, that’s what the players decided.”

The first cracks started to show after Arsenal’s 4-1 drubbing to London rivals Chelsea in the Europa League final last year when they returned to Colney.

Emery drove to the training ground shortly after the team landed and met with every single one of his players except for Ozil who “didn’t want to come”.

The 48-year-old still doesn’t know why the former Germany international decided against meeting him but he remembers he wasn’t pleased with this turn of events.

Emery added: “We got back to London at eight in the morning and I went home, slept three hours, and then went back to Colney.

“I had meetings with all the players that day. Individual half-hour chats with each one. Only Ozil didn’t want to come.

“I don’t know. He didn’t come. And that’s what we’re saying when we talk about commitment. When the commitment is 100 per cent then everyone comes.

“Playing a lot of important games in the month of April we needed the 100 per cent commitment of all the players.There were a lot of players who were a bit lacking in that extra commitment.”